Orphaned 12-Year-Old Is All Alone In Her Fight Against Deadly Blood Disorder, She Needs Your Help | Milaap
Receive tax benefits by donating to this cause.

Orphaned 12-Year-Old Is All Alone In Her Fight Against Deadly Blood Disorder, She Needs Your Help 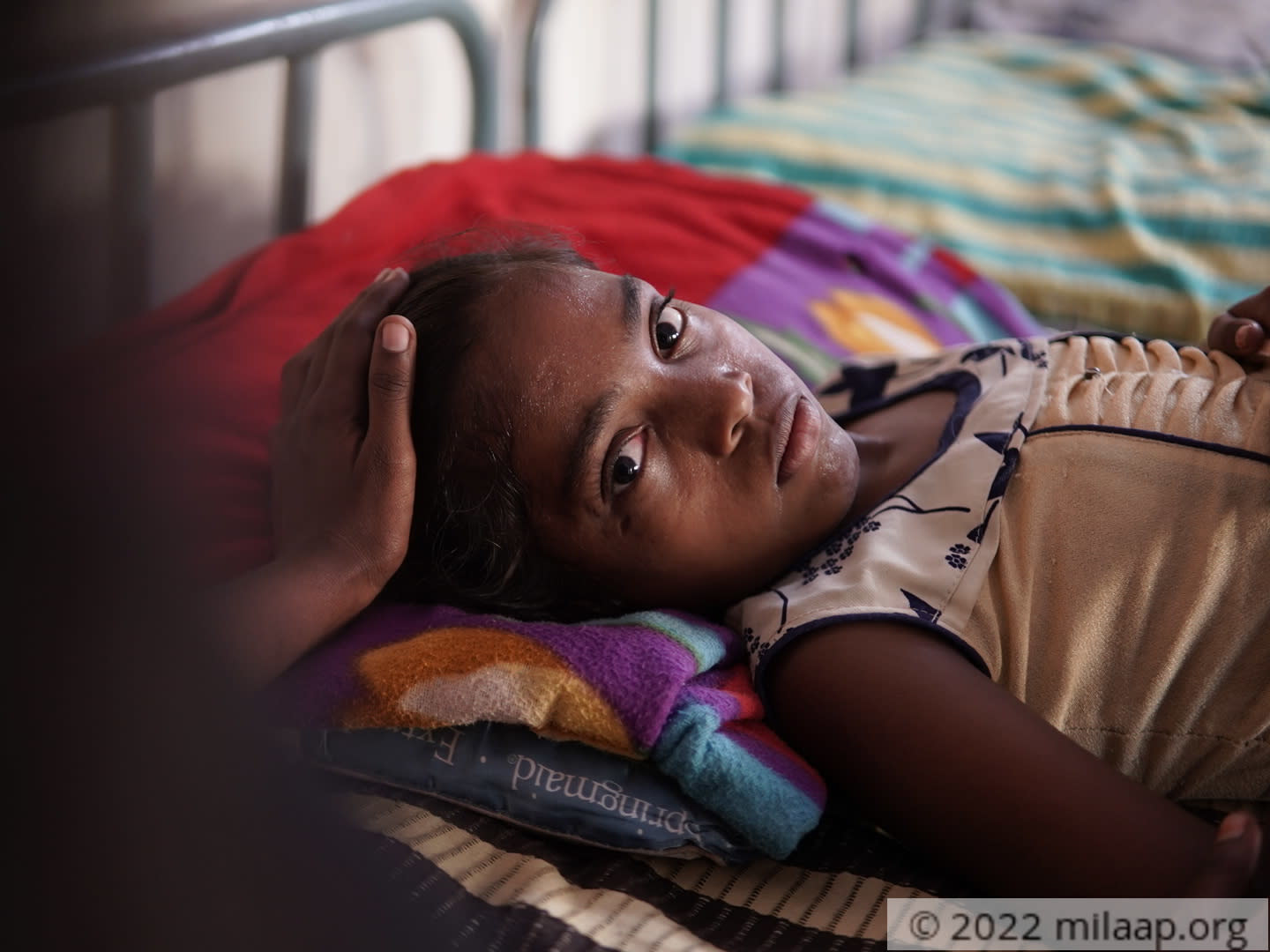 Share
Vennela is a happy-go-lucky pre-teen who loves to paint and spend time with her friends. Having lost her parents at a young age, she lives in a government home for orphans where her friends are her only family. She is cheerful most of the time, except on those days where she gets really weak and tired due to a condition she has been suffering from since long.


Vennela has thalassemia major, a rare blood disorder due to which her body produces lesser-than-normal amounts of hemoglobin. She becomes anemic as a result, which is deadly. Her life expectancy and quality of life will be negatively affected by this disorder if she does not get an urgent bone marrow transplant.

Ever since she was a child, Vennela has been undergoing blood transfusions every month. Earlier she did not know why she had to go the hospital, and why the doctors were puncturing her skin with needles. But as she grew older, she became aware of her condition.

Currently, she has to get blood transfusions every two weeks, as her blood count drops more frequently than before. But these transfusions are no longer enough to sustain her – she will need a transplant soon.

With no parents or relatives to worry about her, Vennela is suffering all alone

These days, Vennela cries herself to sleep thinking about how she is all alone in this battle. She has nobody - not even a distant relative - to enquire about her health. Her treatment will cost INR 30 lakhs, and this exorbitant amount needs to be arranged within a few days or her life could be in danger. At this tender age, Vennela is having to face what is probably her life’s toughest battle – on her own.