It Could’ve Been Happily Ever After For These New Parents, But Their Twins Are Fighting To Live | Milaap
loans added to your basket
Total : 0
Pay Now

RS
You are sending a message to
Riddhi Shah
Go back

It Could’ve Been Happily Ever After For These New Parents, But Their Twins Are Fighting To Live 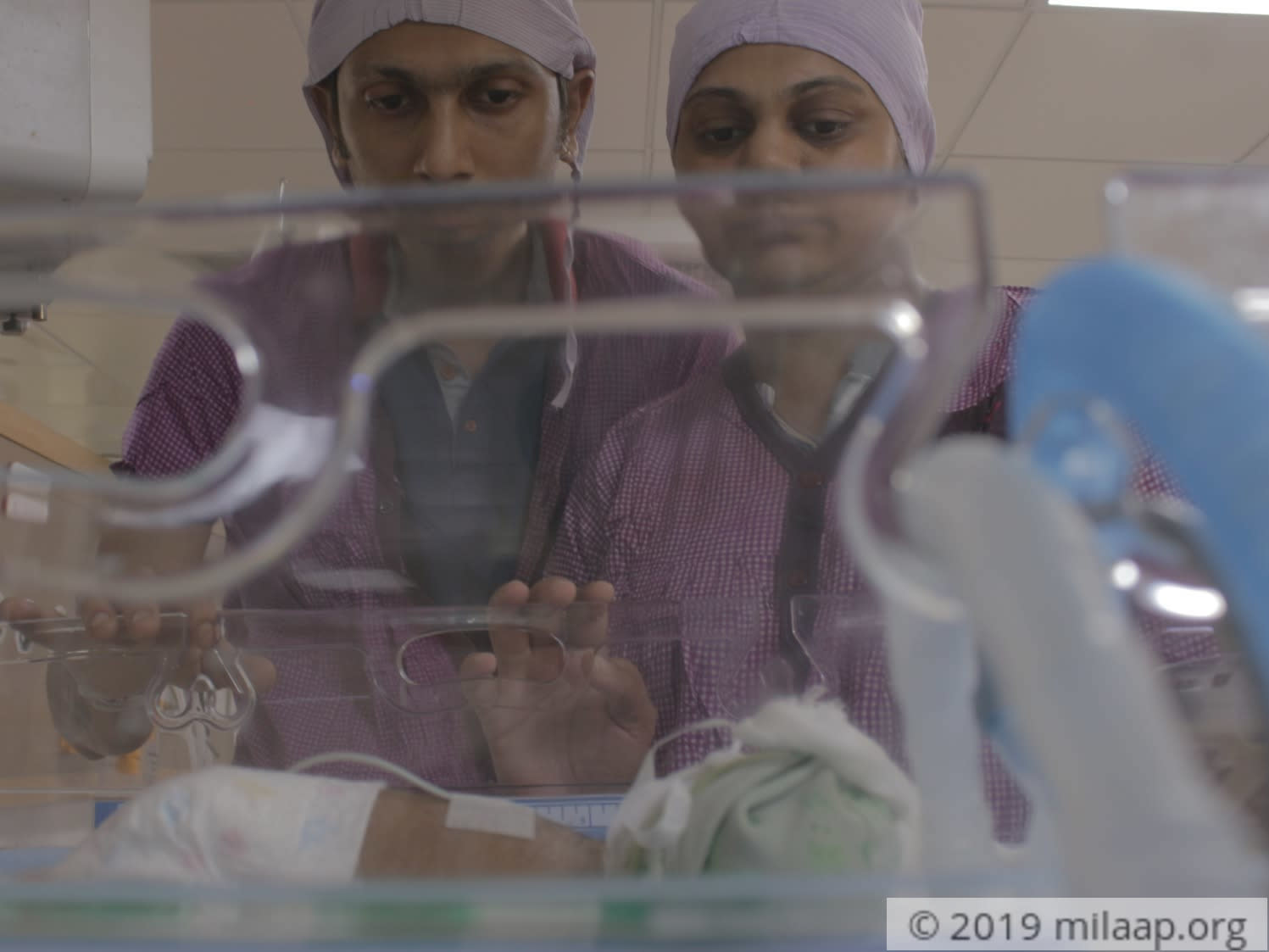 Share on facebook
There were waves of happiness running in the family when the doctors confirmed Nehal’s pregnancy and indicated that it could be twins. The countdown began and the expecting couple Dipesh and Nehal Shah were excited about welcoming the little ones and entering parenthood.

“We had already decided their names. We had so many plans, we had started shopping for them but all of it seems futile now.” - Nehal Shah, mother.

It could have been happily ever after for Nehal and Dipesh, but it was not. Everything went fine until one day when Nehal had to be admitted to hospital due to uneasiness. The troubles increased when she was diagnosed with dilation of the cervix.  Moreover, she suffered an infection in the uterus, which could spread to the babies. With no other option left, the couple decided on premature delivery by C-Section. The times ahead were going to be difficult.


Nehal delivered premature underweight twins - the boy weighed 710 gms and the girl weighed 680 gms with respiratory distress and risk of sepsis. The infants are undergoing treatment in the Newborn Intensive Care Unit (NICU) on mechanical ventilator support and IV fluids.

“We had high hopes this time. At the time of delivery, the babies were breathing. We couldn’t let them go.” -Nehal Shah, mother.

With their birth started their battle for survival. Since birth, the babies have been suffering from severe breathing trouble.

Nehal had conceived for the second time after ten years of marriage. The couple was delighted to enter parenthood, but their struggle goes on….

“In 2015, I suffered a miscarriage. This time, doctors suggested abortion. But we couldn't agree with the abortion hoping for the best. We prayed and waited for normal delivery.” – Nehal.

For Nehal and Dipesh, each day passes by filled with despair and hope, looking at the babies helplessly. The couple did not imagine such misfortune. They never thought they would see their kids in such a pitiable condition since birth.

“I haven’t taken my babies in my arms yet, and I can’t do so. They’re so fragile. All I can do is look at them and hope…” Nehal Shah

However, there is hope. The infants are positively responding to the treatment. Doctors have recorded gain in their weight. Their respiratory system is recovering, and they are partially able to breathe on their own. But they still have a long way to go.

Nehal and Dipesh have put in 8 lakhs in treatment but need further expensive medical procedures urgently, or the couple loses their children again. Dipesh has been juggling between work and hospital trying to arrange funds for new treatment. But there isn’t much he can do with his means.

“I’m unable to arrange the huge amount required for treatment. But I can’t let my children die. I have to save them. I need your help”- Dipesh Shah.

Nehal longs to hold the babies in her hands and take them home. Your contribution can ensure a happy childhood for the babies.

May god bless ur family

May god bless ur family