Their Fairy Tale Had Just Begun But Now These Newborns Are Struggling To Live | Milaap
loans added to your basket
Total : 0
Pay Now

SJ
You are sending a message to
Suresh Jawale
Go back

Shares
Shares
Share on whatsapp
Most people just take it for granted, having children. But for us it was a 13-year struggle before we finally had children of our own.
13 years of pain, tears, and dashed expectations. I’ve lost track of how many times I had to tell a relative ‘No, aunty... not yet...” and see the pity on their face.
Now, I finally have 2 beautiful children. And they’re dying before I even get to know them. 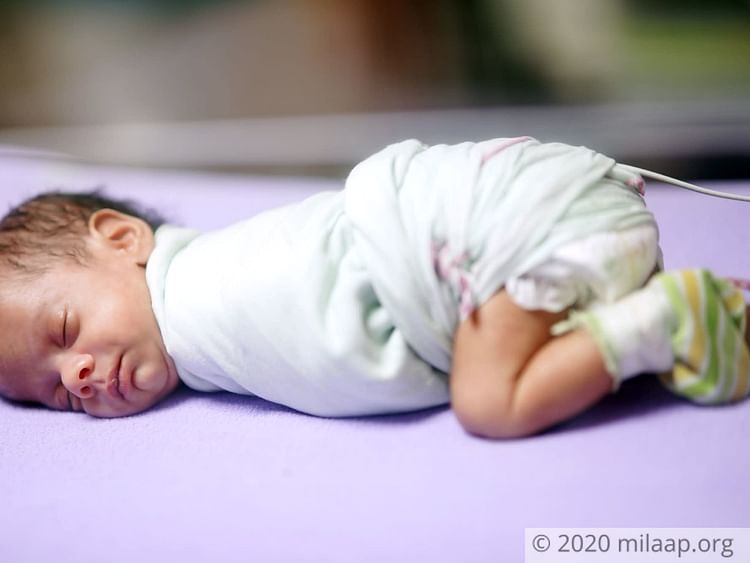 Amita and Praveen never had much in life, but it was the absence of children in their household that stung them most deeply. Praveen was a fisherman, bringing home around 300 rupees on a good day, and Amita was a housewife. Financially limited like this, expensive fertility treatments should’ve been out of the question. But so determined were the couple, that they saved and saved for years, going hungry for days on end sometimes, until they were finally able to afford the treatment. Last year, they found out that Amita was pregnant. 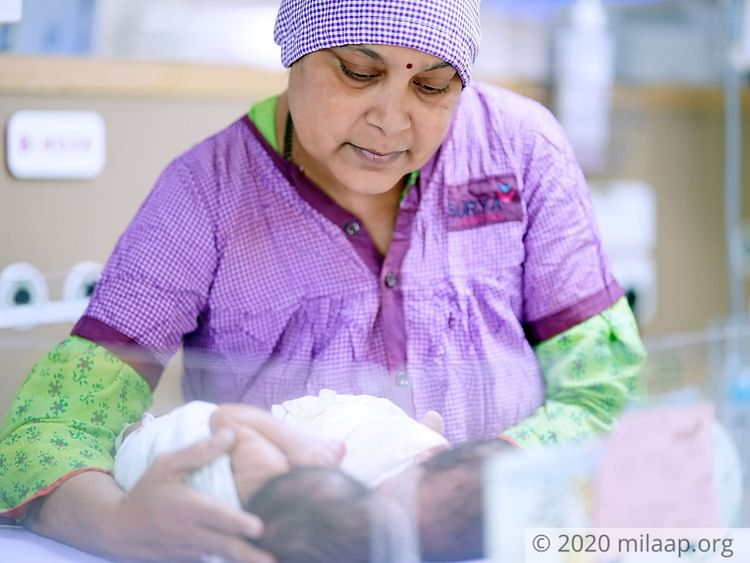 We’d never been happier. All my cousins, neighbors and friends, they already had school-age children, but that didn’t faze me. I was lost in my own happy world. For 33 weeks, life felt like a fairy-tale. Then the doctor did a sonogram and said that... that something was wrong. Something was very wrong, and I needed an urgent c-section. I was already scared, but then as soon as they were born, they were rushed into the NICU. It was... terrifying. 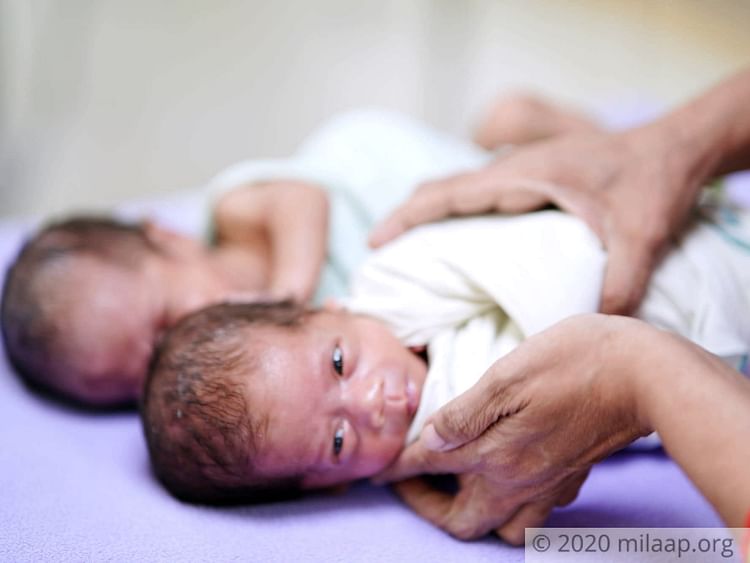 Both of Amita’s little angels were born premature, extremely low birth-weight. Their internal organs are badly underdeveloped, especially their lungs. They need 3-4 weeks of stay in the NICU so that their bodies can grow and learn to support them. Without it, they will not make it. That would devastate the new parents, but they are helpless. They have no savings, no property, nothing of value to sell. Praveen has been out at sea all day, every day, since the babies were born, trying to earn as much money as possible.

At this point, these parents can only hope that kind strangers will keep their family and their dreams alive. Click here to contribute and help save their twin girls.
Donate

They Spent All Their Money On Fertility Treatments

Now they have 2 beautiful children, but need 7 lakhs to keep them alive.