This Baby Narrowly Escaped Death Once, But This Deadly Blood Disorder May Not Give Her A Second Chance | Milaap
Receive tax benefits by donating to this cause.

This Baby Narrowly Escaped Death Once, But This Deadly Blood Disorder May Not Give Her A Second Chance 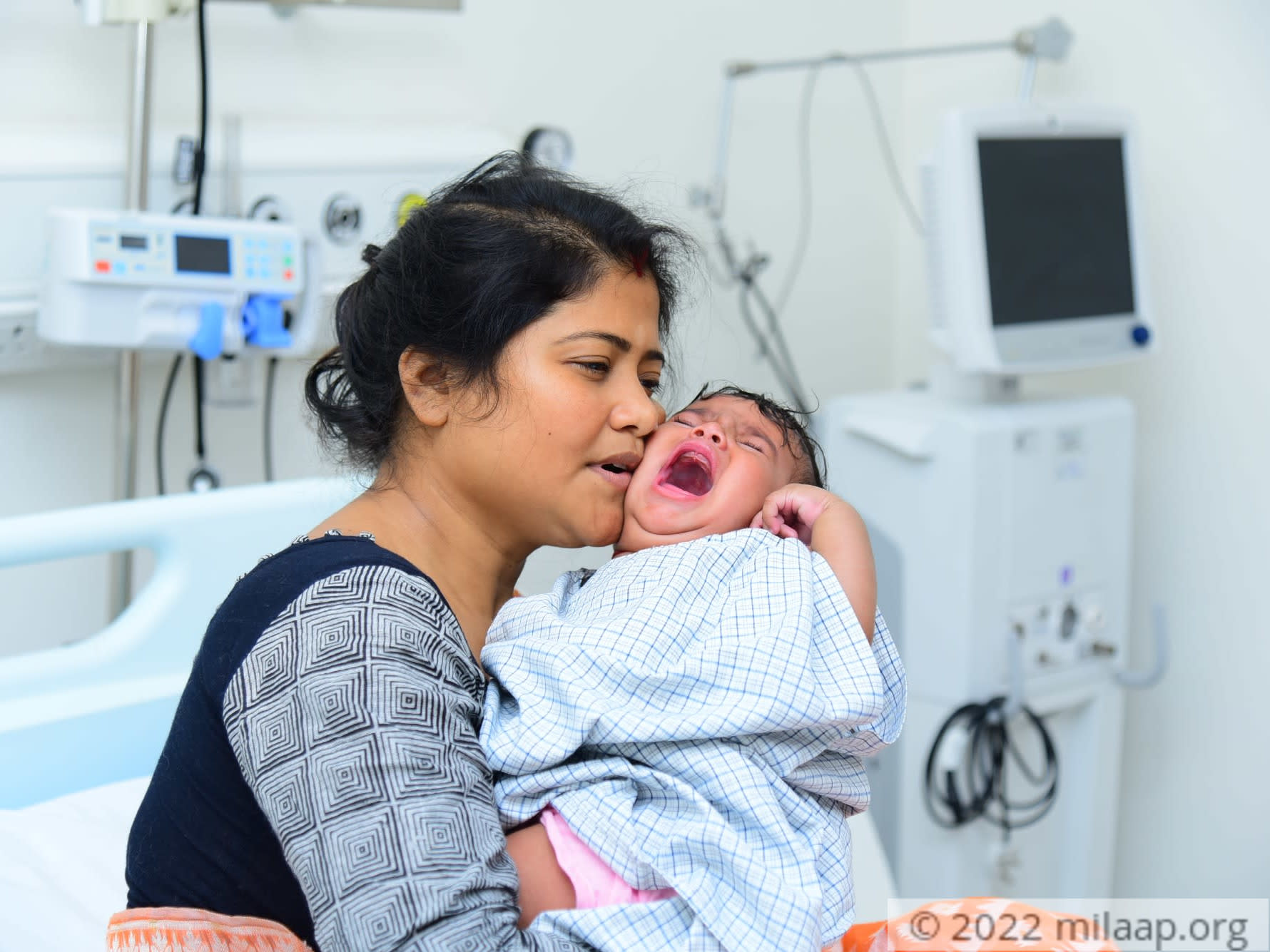 "For a child, this is supposed to be their developmental period. Instead my Tridipta was drastically losing weight. Everyone just asked me to feed her well and not worry, but I had a feeling something wasn't right. Then one day, she passed stool that was oddly greenish and her entire body was filled with rashes. Even then, my husband felt it could be mosquito bites or some allergy and followed the advice of a local doctor. But my motherly instincts were still not convinced, and I begged my husband to take her to a bigger hospital." - Neelam, mother

With 7-month Tridipta in their arms, Neelam and Bappa travelled 150 kilometers from their village to a city hospital. During the trip, Tridipta's body was burning up with a fever and suddenly her body started swelling up. Throughout the journey, Neelam had been trembling with fear of having to hear some terrible news.

On reaching the hospital, Tridipta was not in her senses and the doctors immediately took her for tests. A day's wait for the reports kept these parents anxiously up the entire night, and the next morning they found out about their daughter's critical blood disorder called thalassemia major. All along, little Tridipta had been falling sick because her body failed to produce enough blood cells, causing severe anemia.

"On reaching the hospital we found out her haemoglobin had dangerously dropped down to 2.5, and hearing that I just broke down blaming myself for not listening to my wife earlier. If we hadn't come all the way to the city hospital, my daughter wouldn't have survived with these critically low blood parameters in the village, as there is no possibility of a blood transfusion within the vicinity. Now we travel for 150 kilometers, every 28 days, for my daughter's transfusions." - Bappa, father

Bappa and Neelam were beating themselves up over their daughter's condition turning so serious, and urged the doctors to start her treatment immediately, as time was running out. But even in their worst dreams, they did not expect the only curative option for Tridipta to cost them INR 25 lakhs.

"When the doctor informed us about this disease, it was the first time we had even heard of something like this. Not only does my baby need blood transfusions, but she would also need a bone marrow transplant, otherwise it will put her at a severe risk of infections and iron deposits leading to cardiac problems. When they ran tests for the healthy bone marrow, my elder daughter too was also detected with a dominant gene. I feel helpless now for both my kids to suffer like this without being able to do anything." - Neelam, mother

Bappa works as a coolie, and his daily wage hardly amounts to about Rs 200, a day. He is so tied down financially that he can't even afford to move closer to the hospital for Tridipta's treatment, and has to travel for hours from the village. If he were to pay the rent, then he would not have anything left to feed his kids.

With a surplus of loans than he can't repay, he is somehow managing her transfusions. But the transplant to save their child is a distant dream for this family.