Gardener's Daughter Needs World's Costliest Drug To Survive, Only You Can Help | Milaap
Receive tax benefits by donating to this cause.

Gardener's Daughter Needs World's Costliest Drug To Survive, Only You Can Help 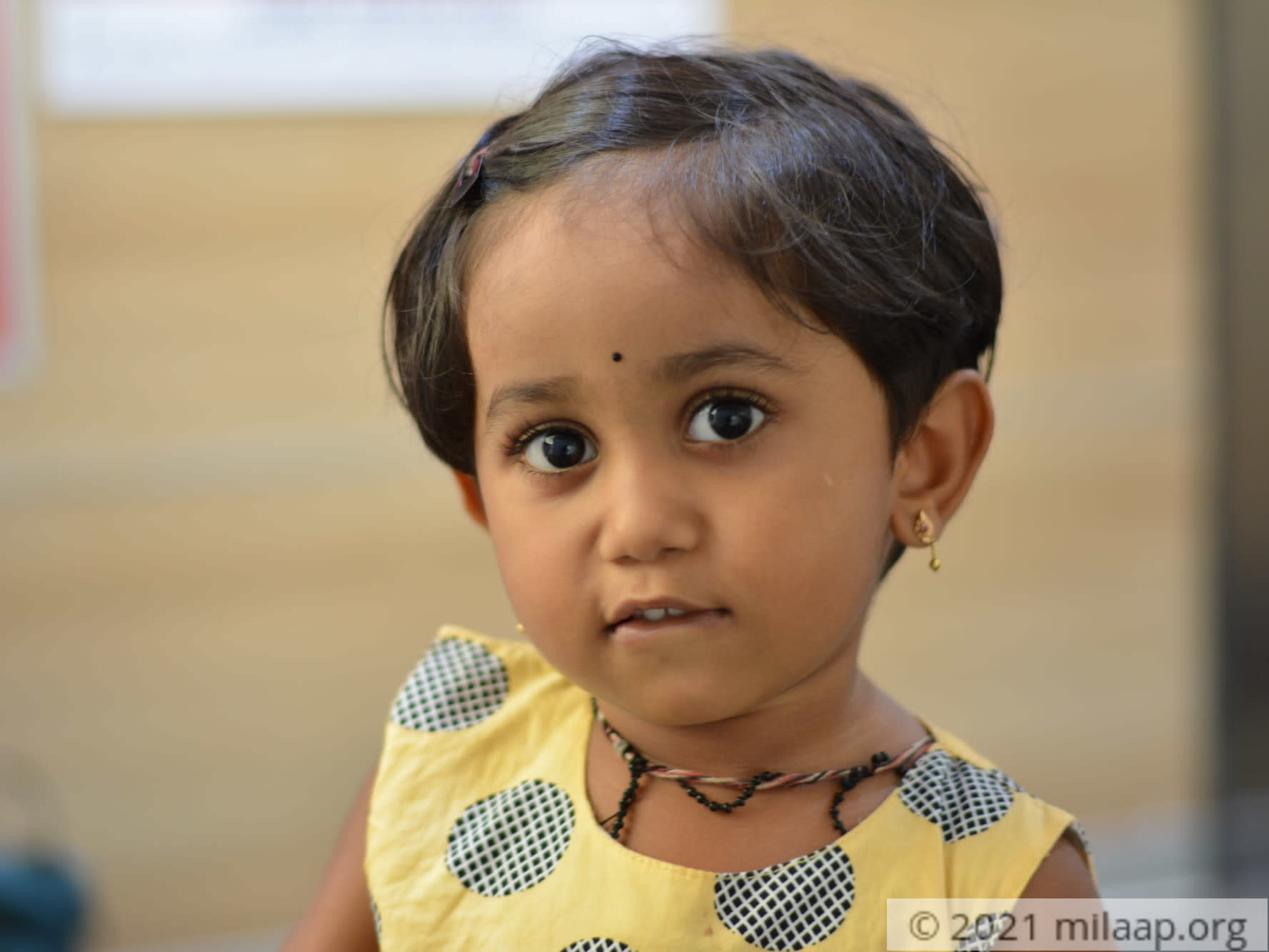 “She was absolutely fine at birth and her growth was just like any other normal child. But right after she turned 17 months old, it was as if she had a backward growth. Her legs started to wobble while she walked and she couldn’t sit for long. Now, she can’t do anything without support and she has turned 3! My child is suffering a lot and it hurts me to watch her this way.” - Kousalya, mother

She is diagnosed with a disease that is killing her slowly

Thansika has been diagnosed with Spinal Muscular Atrophy Type-2 (SMA), a rare and fatal genetic disorder that affects 1 in every 10,000 babies. It is the number one cause of infant deaths worldwide, and children affected by this disorder don’t usually make it past a few years after their birth.

The disease causes progressive weakening of the nerves and muscles. Having this condition means that as Thansika grows older, she will slowly lose more and more of her motor functions. Thansika is already unable to walk, and as time goes on, even actions like sitting or crawling will become impossible to do on her own. The loss of muscle strength also puts her at risk for scoliosis, which creates a sideways curvature of the spine due to muscles supporting the spine being weakened.

Only a drug costing Rs 16cr can save little Thansika

Without medical intervention, gradually her organs will stop working. SMA is a fatal disease with only one known cure, a gene therapy using a drug called ‘Zolgensma’. It is a one-time dosage, imported all the way from the US, and comes at the steep price of INR 16 crores ($2.1M). But, these parents cannot bear such an exorbitant expense.

I am just a gardener, it is beyond my means

“We rushed her to a doctor right when we noticed the changes and ever since then, we have visited so many hospitals and doctors that I have lost count of it. It was only 2 months ago that we learned about her disease, but listening to the cure and what it would cost just…even if I toil the soil for my entire lifetime, I won’t be able to gather it!” -Prakash, father

Prakash works as a gardener and earns a meagre amount of 9000 rupees which used to be just enough for his family of three. But now, it’s not even enough to bear the monthly expenses of the little girl’s physiotherapy and check-ups. She needs the injection at the earliest.


Thansika is their only child and watching her suffer like this feels like a curse to these parents. No contribution is small to save this little girl's life. Every penny counts. Please contribute as much as you can and help these parents save their little angel.
T
Patient Thansika is 3 years old, living in Bengaluru, Karnataka
CH
Being treated in Cloudnine Hospital, Bengaluru