Farming, Carpentry, Masonry, No Number Of Odd Jobs Can Help This Labourer Save His Son | Milaap

Farming, Carpentry, Masonry, No Number Of Odd Jobs Can Help This Labourer Save His Son 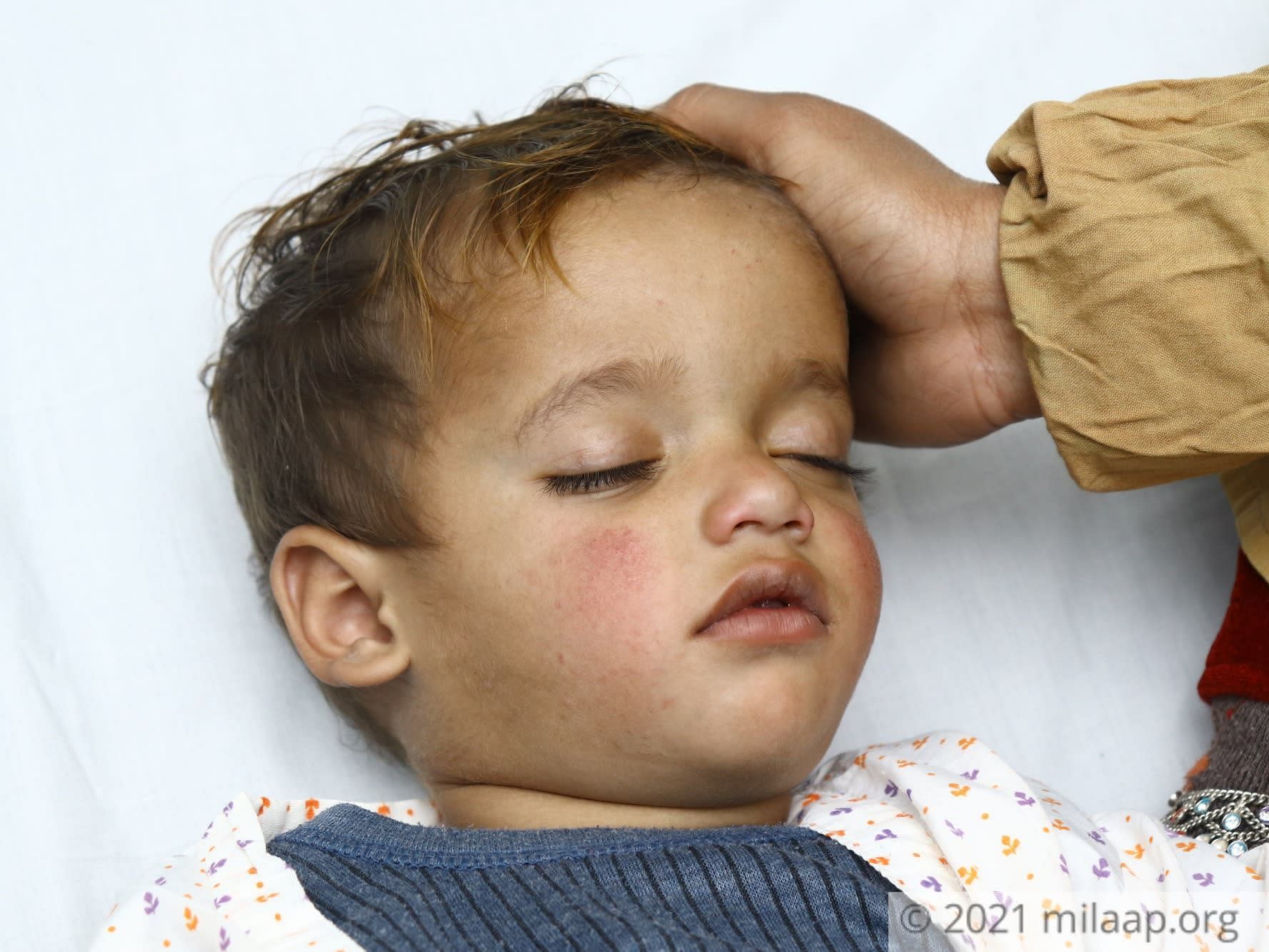 Share
Little Tassavur was beyond himself with joy when he first discovered he could walk, and soon, even run. No more crawling! With a big smile on his face, he was always found running around...till one day, just days after he’d found his new superpower, he fell down with a thud. He’d fainted. This kept repeating every time he tried to play. His parents wept, when they realized his heart-disease had caught up with him; like the doctors had told it would. Today, with his superpower snatched from him, this 2-year-old sits quietly, afraid to play. Because he will get breathless, and fall; or worse…he may even die. 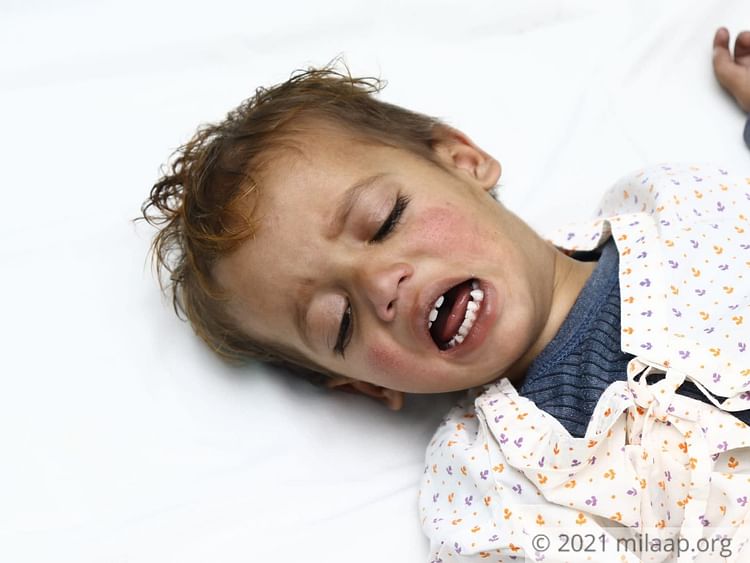 One day he was a healthy baby, on the next, he was fighting for life

“After 6 beautiful months with him one day, he suffered from a severe cold. I didn’t worry much. But soon, it went out of control. He was struggling to even breathe. Afraid, we rushed him to the hospital in our village. Diagnosed with a severe case of pneumonia, he was treated for weeks, before he finally became stable. But that was not it! The doctor mentioned something about his heart and a surgery. We aren’t educated; we didn’t understand. If it was serious, they would tell us, wouldn’t they? They didn’t. So, we remained ignorant till…” – Khatija, mother, breaks down. 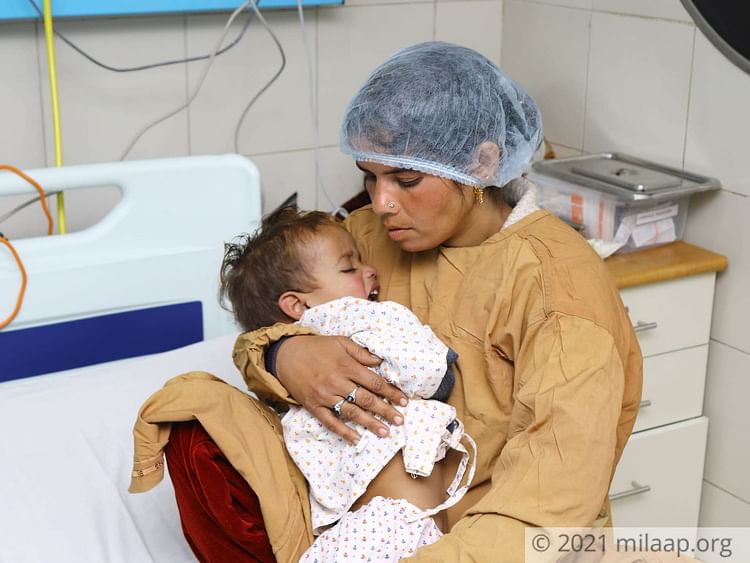 Little Tassavur was fighting a congenital heart disease, and nobody knew

Months passed, and new symptoms showed up. He turned blue when he cried. He couldn’t walk, talk, laugh, or run for long, without getting breathless. Something terrible was happening, but what?

“He vomited all that he ate, and was so weak! We went from one doctor to the other, confused, and afraid. We were finally told my son was fighting a deadly heart disease since birth, and…we never knew. They said he needed an immediate surgery for him to recover. We told them to do anything, that could save him. But when they asked us to get a test done that costed thousands, reality slapped us! We couldn’t afford even the test…how were we going to afford his surgery?” – Mohd. Navi, father. 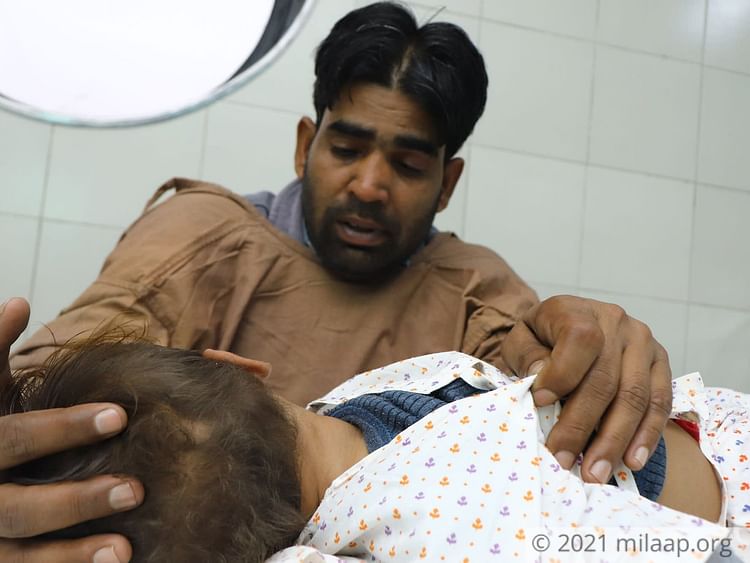 Navi struggled for a year, to afford his son’s Open-heart surgery…but in vain

Diagnosed with a heart-disease, little Tassavur needs an urgent open-heart surgery to survive. Navi, a daily-wage labourer in his village earning 10,000 a month, has been trying for months, to gather funds for the surgery. But there’s no way he can afford the 8 lakh rupees! 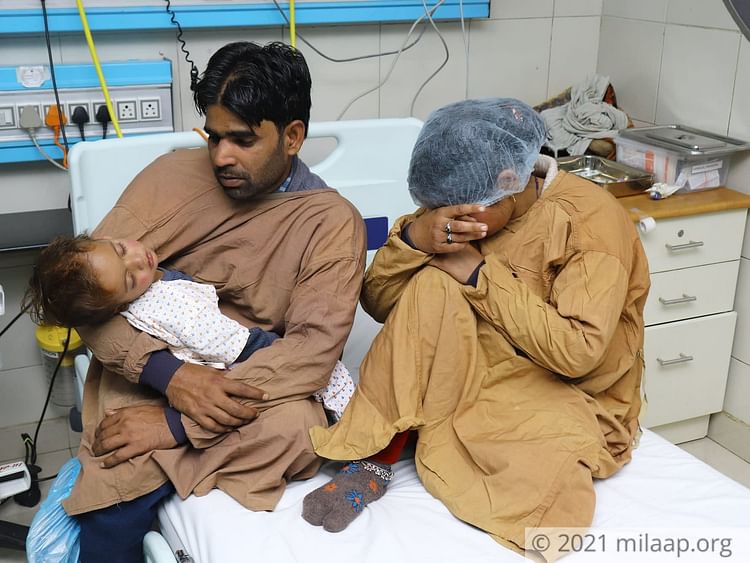 “I took up every job that came my way. Even those that involved leaving the village for weeks together. Construction work, farming...you name it. I worked day and night, desperate to save my son. But after almost a year now, I know I can’t ever afford it. I can’t do this on my own. Please help me save my son!”

Your generous contribution can help little Tassavur to get back to playing, like he once did. Click here to save him.