Only A Bone Marrow Transplant Can Save This Little Girl, But Parents Can't Afford It | Milaap

Only A Bone Marrow Transplant Can Save This Little Girl, But Parents Can't Afford It 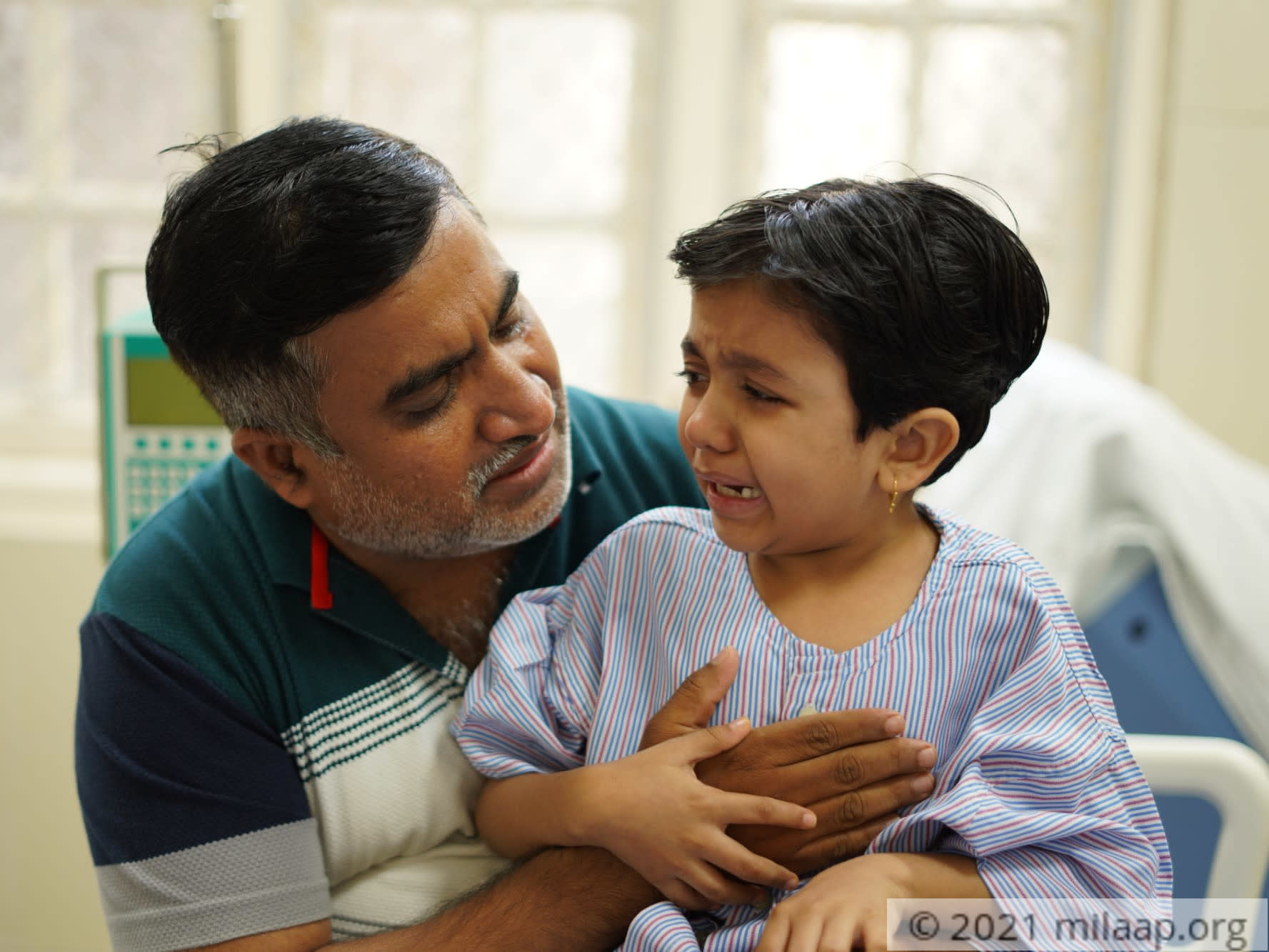 “Initially when she had any pain or discomfort, she would come to me for solace. But now, she has gotten very silent. It still torments her a lot, I can see that. But my child has stopped communicating, thinking that it will only burden us further. She has been suffering from this disease and its complications for years now, and we have been failing miserably to save her from it.”
- Yasmeen, mother

Suffering since she was 2, only a transplant can save her

Tasiffa was just 2 years old when her condition started coming to light. Her symptoms were brutal and she still has frequent episodes of high fever and bloody diarrhea, leaving her bedridden most of the time. It was only in 2020 that her condition was diagnosed and her parents were suggested that she undergo the only procedure that could help her, as soon as possible - a bone marrow transplant.

Tassifa suffers from Bare lymphocyte syndrome type II, an inherited disorder of the immune system. People with this rare disorder lack virtually all immune protection from bacteria, viruses, and fungi. They are prone to repeated and persistent infections that can be very serious or life-threatening.

She never had a normal childhood

“We were unaware of her disease for years, but we knew one thing - that our child is vulnerable to infections and even the slightest of cold or cough can be fatal for her. For that reason, we had to restrict her to the boundaries of our home. Over time, she learned how to live with it and always had a smile on her face, even while on saline drips in the hospital. She knows no other kid, other than her own sister. All I wish is for a normal childhood for my daughter, one filled with happiness. But it all seems like a distant dream.” - Yasmeen

Since she first started displaying symptoms, Tasiffa's family has been in an endless loop. As soon as they were able to save some money, they would spend it on Tasiffa’s tests. It took them 7 years to find out the root cause of their child's suffering.

These parents need your help

“In 2020, we finally learned about the disease she was suffering from. Still, the cure was far beyond our reach. We've kept trying since then, but it is such a huge amount that I will never be able to arrange. Now, we are running out of time and I don’t know what else to do.” - Alim, father

Yasmeen is a housewife and Alim is a surveyor who earns a decent income, but it is barely enough to keep up with the piling hospital bills. He has somehow managed to meet the expenses of Tasiffa’s treatment so far, but now he is helpless.


You can help by contributing. Your donations can save this little girl’s life. Click here.
TA
Patient Tasiffa Alim Shaikh is 9 years old, living in Beed, Maharashtra
WH
Being treated in Wadia Hospital, Mumbai, Maharashtra