After Fighting For Her Son's Life For 6 Long Years, This Mother Might Lose Him Now Anyway | Milaap

After Fighting For Her Son's Life For 6 Long Years, This Mother Might Lose Him Now Anyway 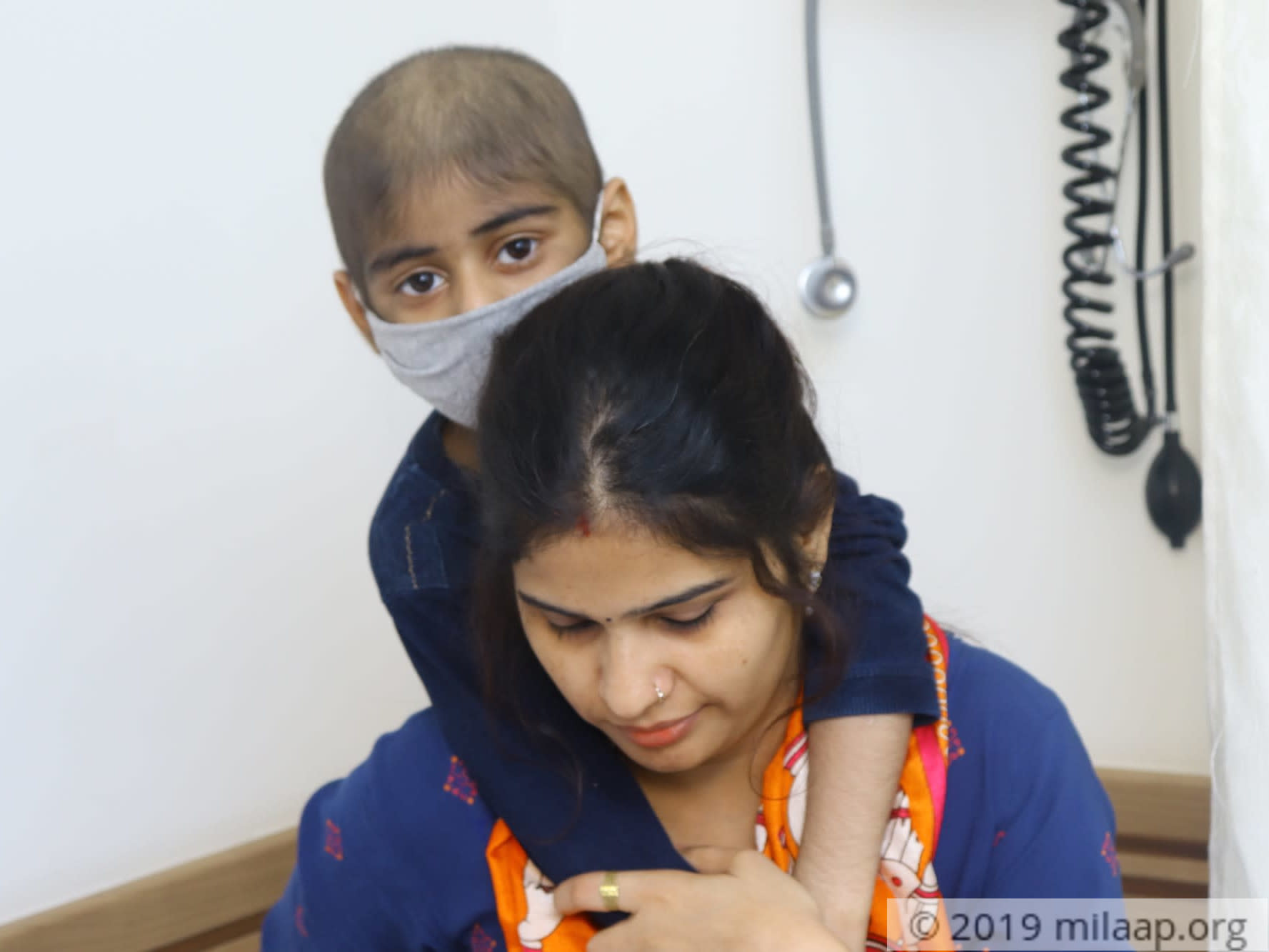 Share
“We hoped against hope that it was done, that our son’s days of suffering were behind him. For 6 years, ever since he was born, he has only been in pain and discomfort. Too weak to play, sometimes too weak to even smile. But at least he was surviving. Now, after getting him the treatment that was supposed to cure him, he is closer to death than ever before.”
– Sonia, mother

Tanishq is Sandeep and Sonia's first son. Sonia’s pregnancy had been normal, and her delivery had no complications. Those first few months were the most magical time for the young couple. But soon after Tanishq turned 5 months old, he developed a fever that wouldn’t go down despite the medicines that the doctor prescribed, and his skin started turning yellow. It was only then they did some blood tests and discovered that their baby had Thalassemia Major, a rare blood disease.

Tanishq never had a normal childhood, he grew up in the hospital

“The doctors had told us that because of his disease he needed either a bone marrow transplant or regular blood transfusions for the rest of his life. We couldn't let him suffer all his life but the transplant was too expensive for us. So for 6 years, we had regular transfusions and checkups every week. We never missed an appointment. Sometimes I feel like he was at the hospital more often than at home."
– Sonia

“I used to work multiple jobs at times, as a mechanic or a shopkeeper, to bring in as much money as possible. But even though extra money was coming in, we still lived on as little as we could because we were saving up for the surgery. And my poor Sonia… she sacrificed a lot too. I give her maybe a 1,000 rupees once or twice a year. During festivals, you know, so she can buy a saree. But every time, she just looked at Tanishq, then put that money in the locker…”
– Sandeep, tearing up

Finally they were able to afford a Bone Marrow Transplant, but…

“When the doctor came out from the operation room and said the surgery was successful, we were so happy. Those first few weeks after we took our son home, it was like we were living someone else’s life. I would wake up panicking, thinking I’d forgotten to take him for his transfusion, before remembering he didn’t need them anymore and laughing from joy. But now… now he’s having a reaction to the transplant. And they’re saying he might not have much time left…”
– Sonia

Without treatment to stabilize his condition, Tanishq may not make it through this. This family has struggled for too long, to not get their happy ending. But they’ve got nothing left to pay for Tanishq’s treatment. Only you can help them now, by donating as much as you can.
T
Patient Tanishiq is 6 years old, living in Rohtak, Haryana
RG
Being treated by Dr Narendra Agrawal in Rajiv Gandhi Cancer Institute and Research Center, Delhi