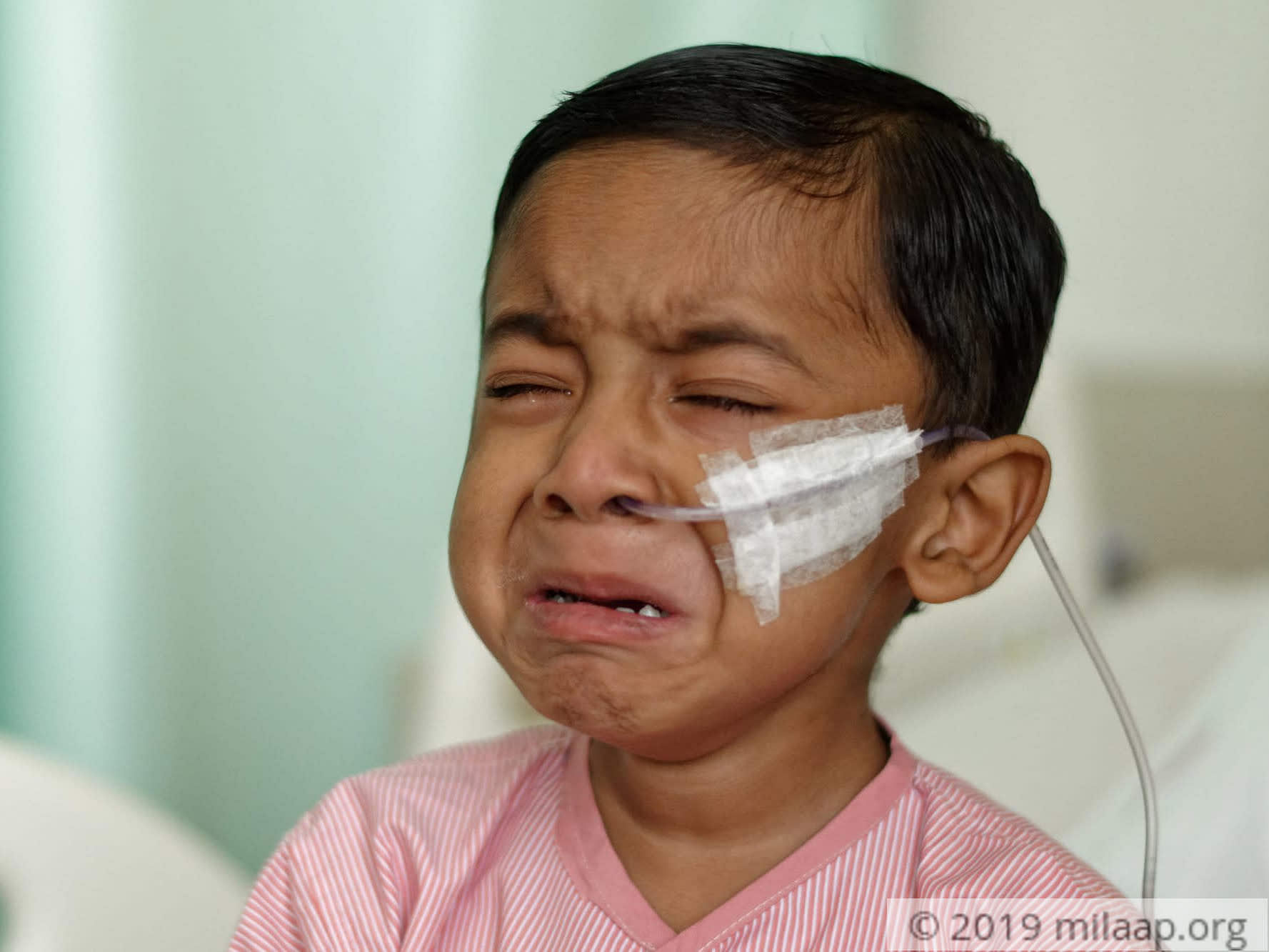 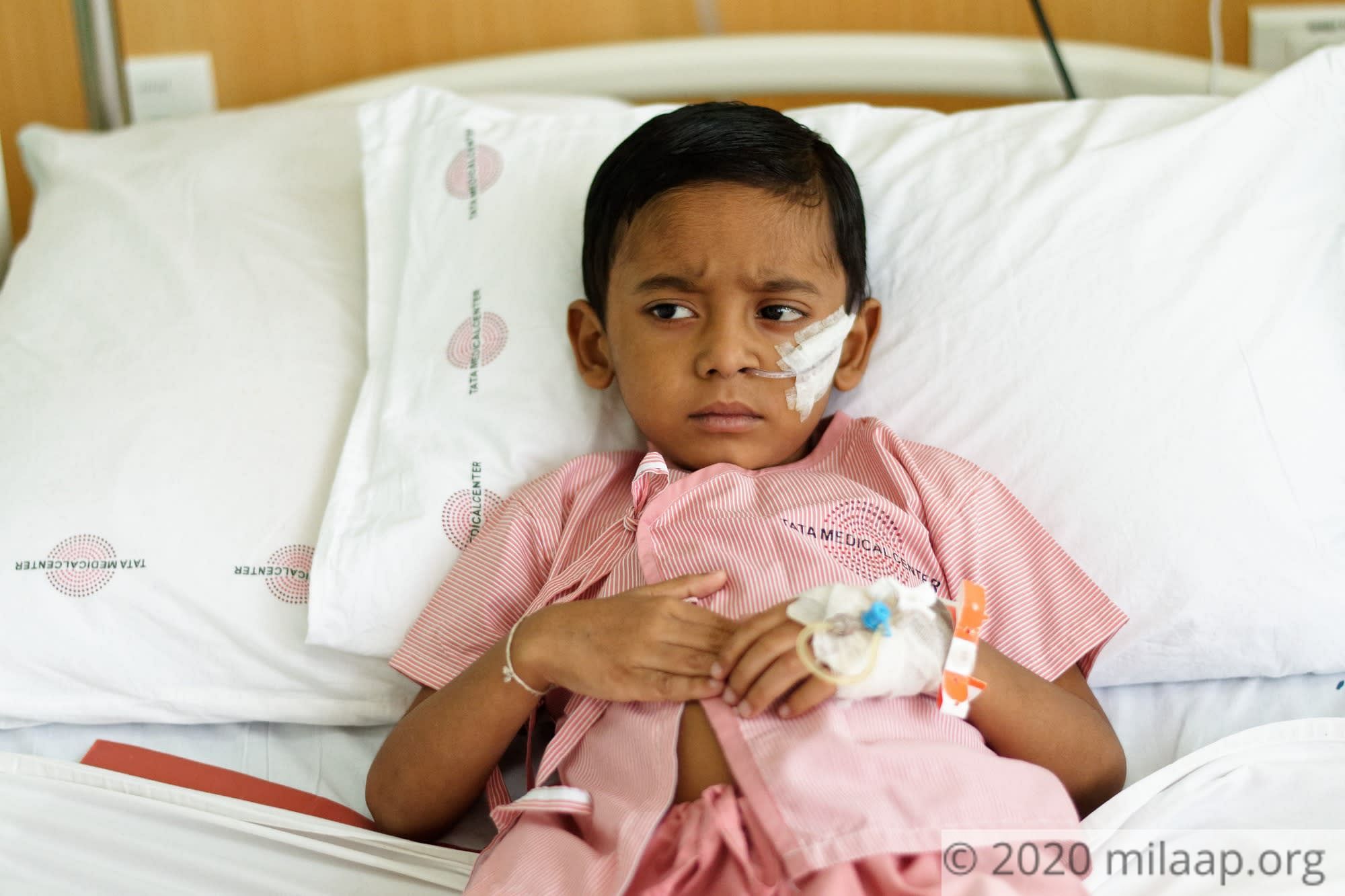 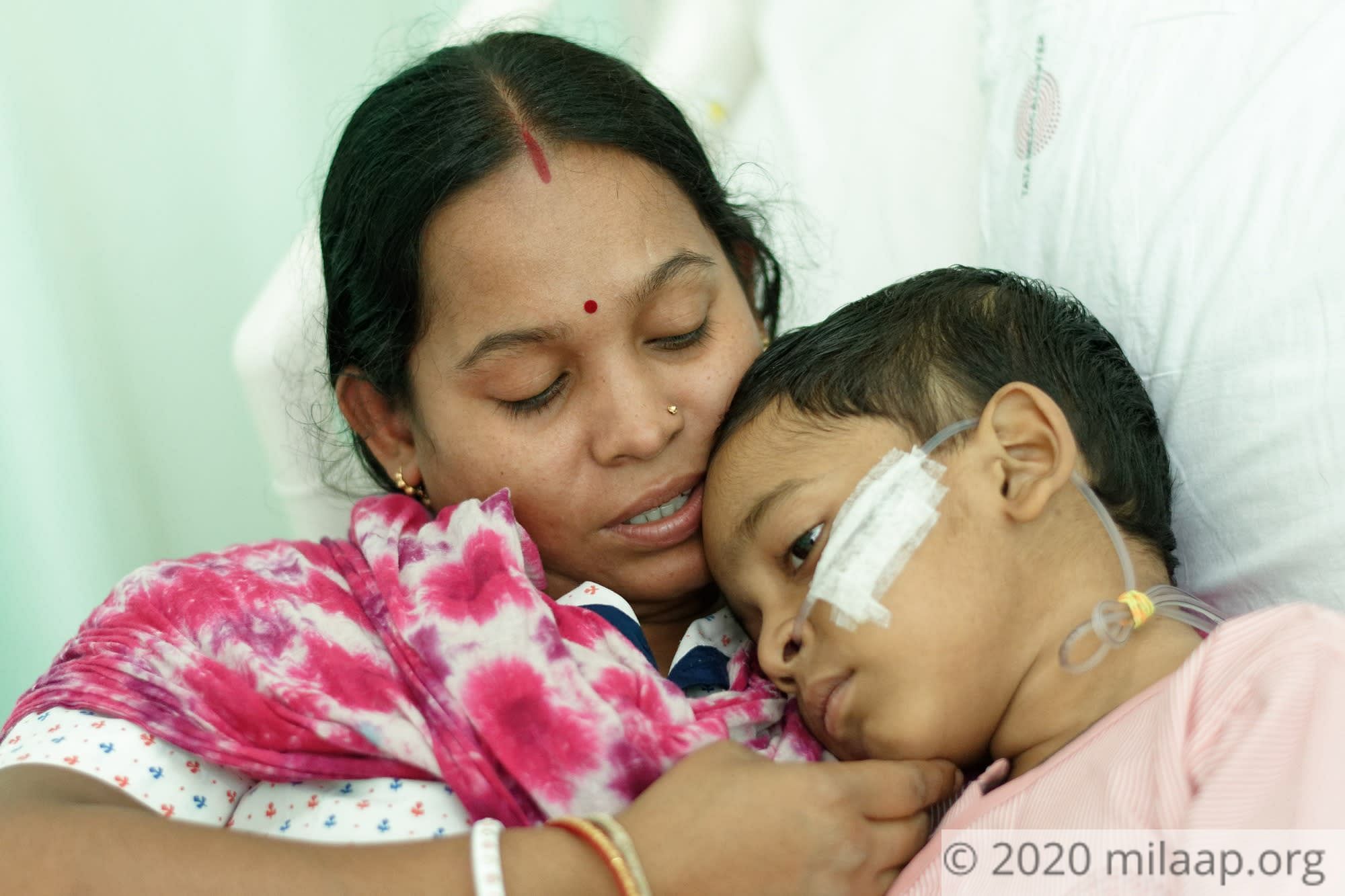 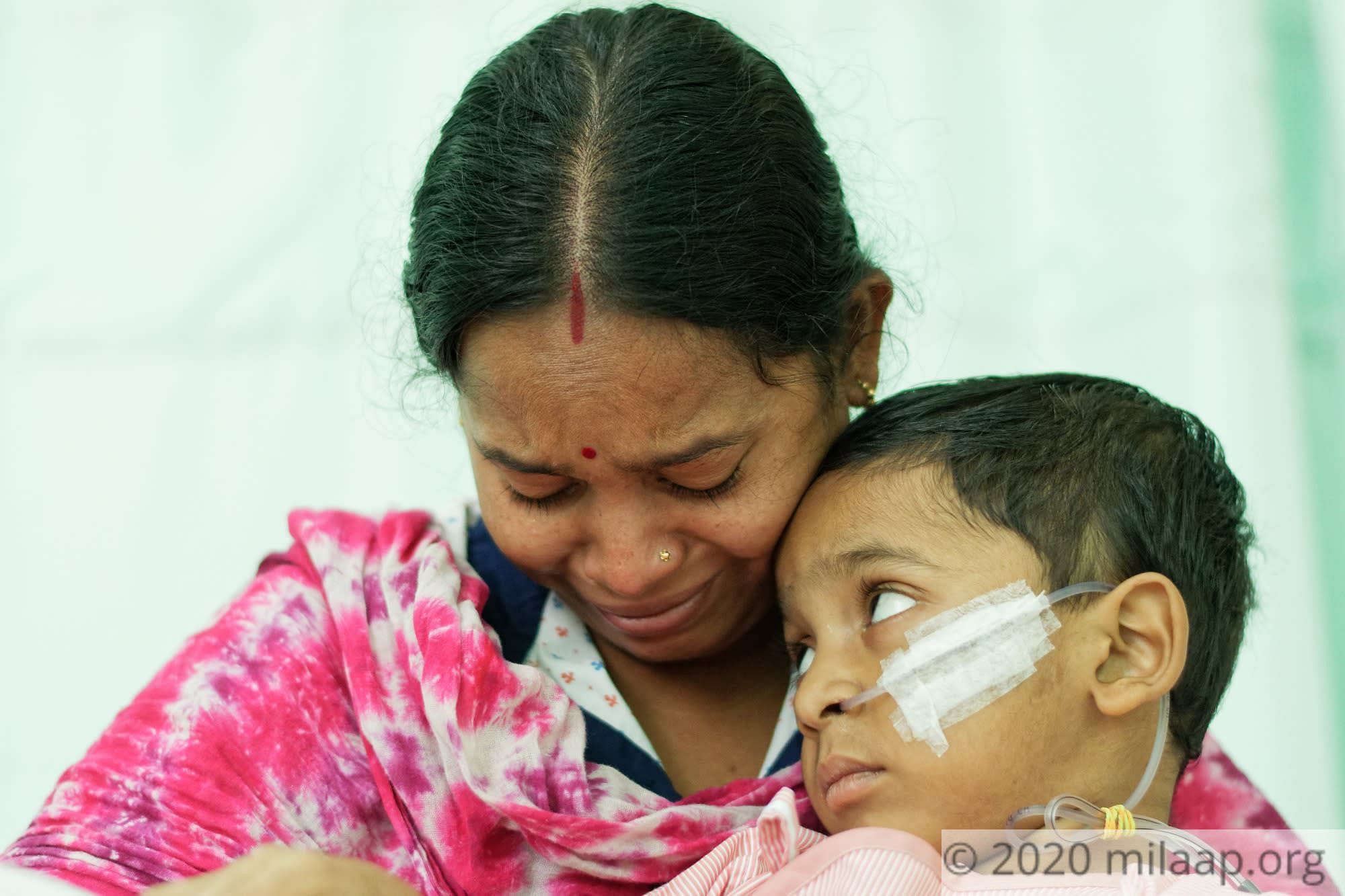 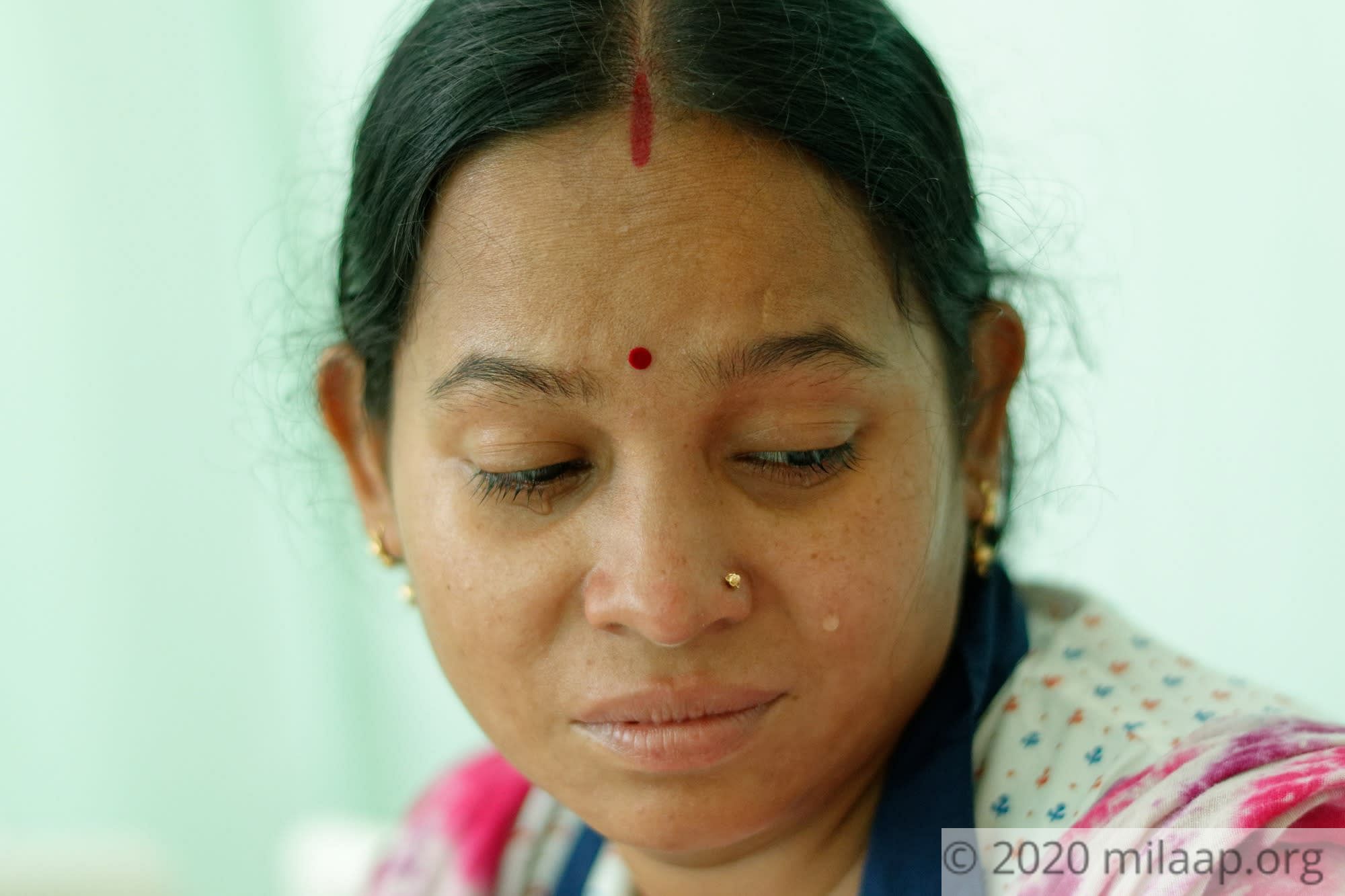 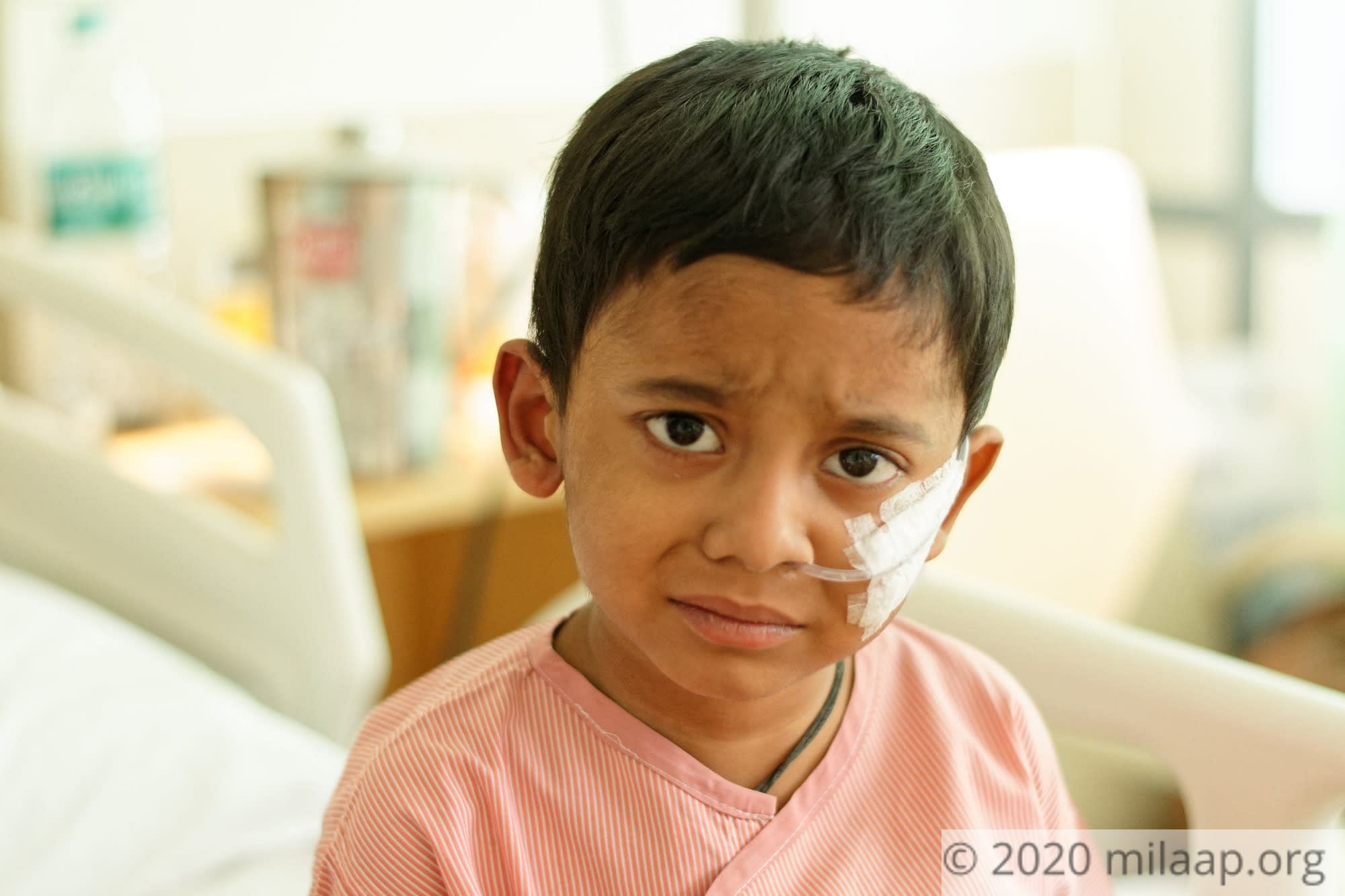 "I don't know much about what cancer is but I can feel the pain inside me seeing what my baby goes through. He has so many ulcers in his mouth that he keeps crying when he is being fed with tubes. When his eyes full of tears look into mine, I pray to God to never let any mother be as helpless as I am. I can't even wipe his tears or tell him his Ma will not let anything happen to him because the truth is far from that."- Chavi, mother

All the nurses know Suvrodev as the quiet kid. They have never heard him say more than a word but they have heard his cries in the hospital. Nothing makes him happy - no cartoons, no playroom toys or even chocolates. He silently takes every medicine he is asked to. Those tubes through his nostrils are the only way to feed him now. He is so young but he understands everything, seeing the kids around him dealing with the same thing.

"I rushed from the fields when my neighbour came to inform me that Suvro had fainted. We then got to know that his blood levels had dropped extremely low. Luckily, my wife and I had the same blood group so we could immediately give him blood. Still it took him 5 hours to regain his consciousness." Sushanta, father

Further tests revealed that Suvrodev actually has Acute Lymphoblastic Leukemia (Blood cancer) and low haemoglobin was just one of its symptoms. Soon, he started losing balance while walking and frequent diarrhoea made him very weak. Every symptom was making it difficult for the 3-year old to deal with his chemotherapy and he needs to undergo it for a whole year. But his parents are unable to afford even his next injection.

They sold their only source of livelihood to save their son

Sushanta had a small piece of land where he worked as a farmer. That was their only source of income, where they could make Rs.3,000 and also take some vegetables home. However, Sushanta had no option but to sell his land off so that he could afford his son's first chemotherapy.

They begged every person they knew, to gather about 2 lakhs somehow. But they didn't know that this will not be enough, they'll need 6 lakhs more. They got to know about his cancer in August 2019 but have been delaying his treatment after his first chemotherapy. After all, they are helpless.


At just 3-years of age, he has seen so much pain that he thinks this is going to be his life now. But we can help him find joy again. If we all come together we can save Little Suvrodev and help his parents save their only son. 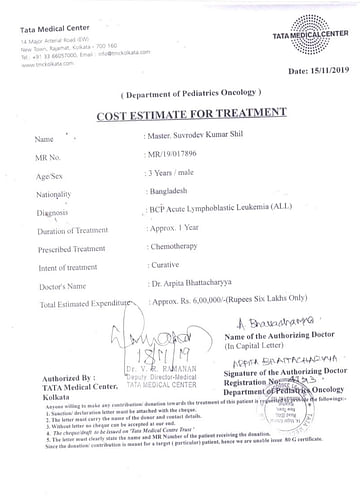 Get well dear my prayers are with u