These Parents Don't Understand Their Child's Cancer Reports, But Know They Could Lose Him To The Deadly Disease | Milaap
Receive tax benefits by donating to this cause.

These Parents Don't Understand Their Child's Cancer Reports, But Know They Could Lose Him To The Deadly Disease 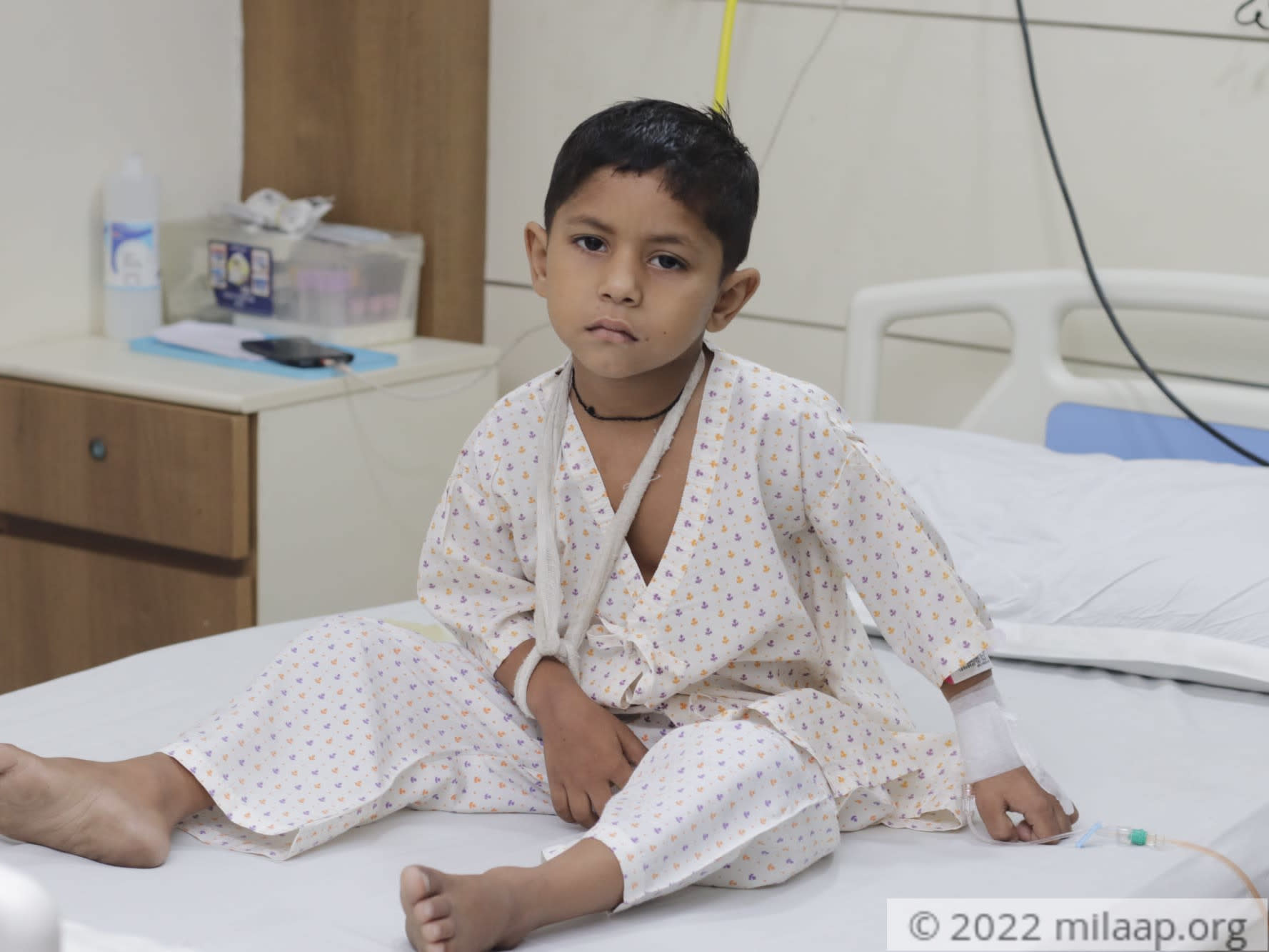 Share
Little Surya Pratap’s right hand is bound to a sling around his neck. He cannot move it at all – not because it is fractured or sprained, but because of extreme pain from cancer. It has taken over this 5-year-old’s body and adversely affected his arm.

“His arm is swollen, and it hurts him even at the slightest touch. So, he has to keep his arm in one position at all times. My child cannot even lie down or rest properly. Sometimes he tries to grab on to things, forgetting about his condition and immediately pulls back his hand because of the pain. It is horrible to watch.” - Sanjeev, father.

Without proper treatment, he can even lose his life

Surya has Ewing’s Sarcoma, a type of cancer that forms in bone tissue. It is aggressive and spreads fast, which means other parts of this young child’s body is at high risk of getting affected. Prolonged chemotherapy followed by surgery and radiation therapy, is the only cure for it.

But Surya’s parents, Sanjeev and Kshamta, are poor and illiterate, and do not know how they will afford his treatment. Neither do they understand related complications.

“When he complained of pain in the beginning, we thought he must have hit his arm somewhere. He used to play a lot and getting injured was not new to him. We had to come to Delhi from UP only to find out that it was not a harmless thing, but deadly cancer. I am hearing about cancer in such detail for the first time. I have never been to Delhi before either.” - Kshamta, mother.

‘I cannot read his reports, but I know it will be bad if we don’t continue his treatment’

Sanjeev is a manual labourer who does a bit of farming along with other odd jobs, back in their village. He cannot find a decent job as he is uneducated and illiterate. He has been plagued by poverty his whole life, and it did not matter much until now.

“My family and I used to adjust with whatever resources we had. Neither did they complain, nor did I. We used to be happy living our small, ordinary lives. But I am realizing the value of money only now – when I am running out of funds to treat my son. With great difficulty, I borrowed money to bring him to Delhi and get him started on the first chemotherapy cycle. I don’t know how I will afford his further treatment.”- Sanjeev, tearfully.