Abandoned by Husband, Single Mother Struggles To Save Son From Rare Blood Disorder | Milaap
Receive tax benefits by donating to this cause.

Abandoned by Husband, Single Mother Struggles To Save Son From Rare Blood Disorder 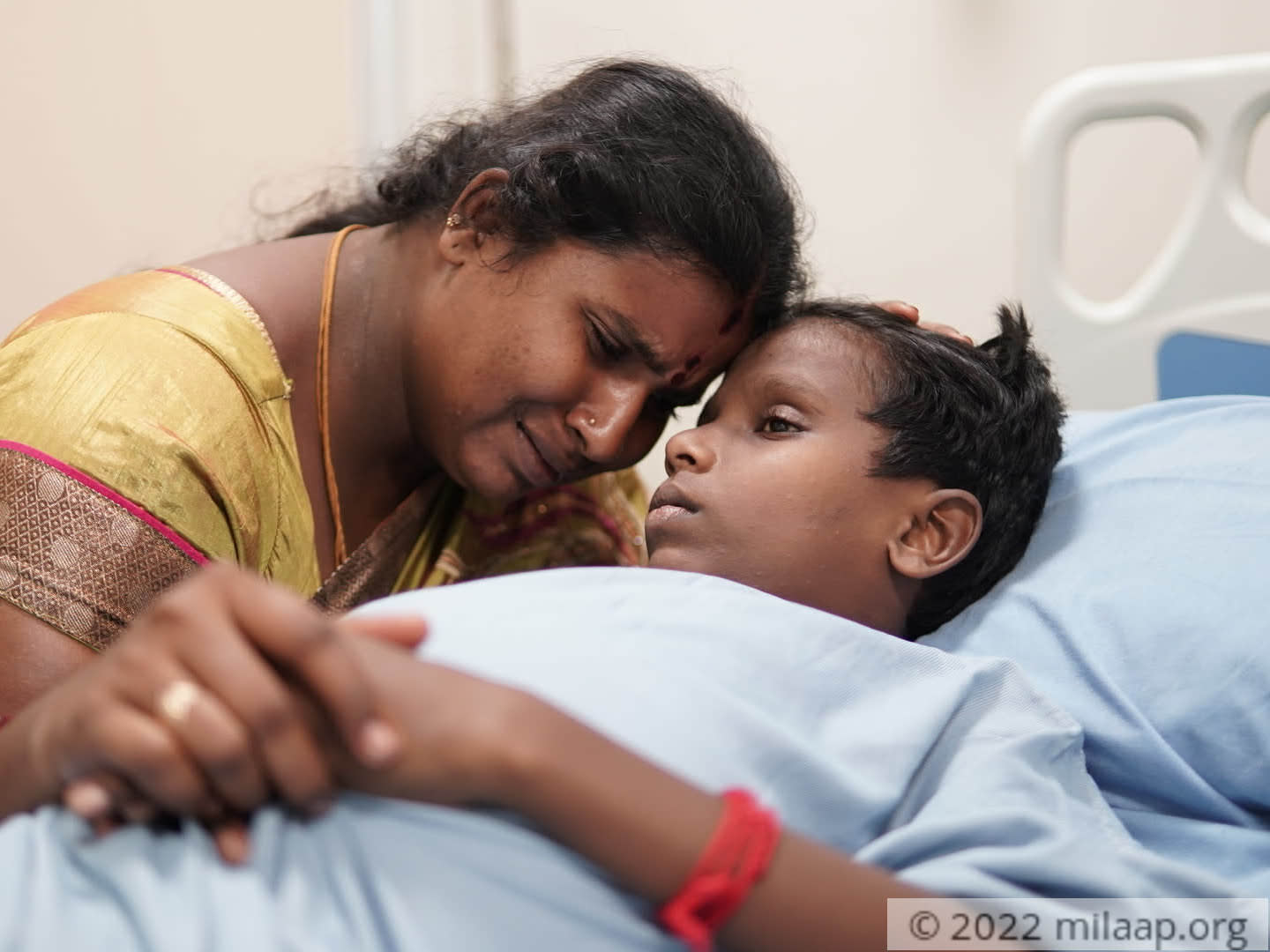 “My husband left me two years ago, without a reason as to why. He left his two children behind too, and to this day, he has not even come to meet them or asked about their welfare. How could he abandon a sick child?” - Maheswari, mother of 11-year-old Suresh Kumar.

Maheswari had always showered her younger son, Suresh, with a lot of love and attention. She has seen him struggle since he was a baby after he was diagnosed with thalassemia major, a rare blood disorder due to which the body does not produce enough blood cells.


He had to undergo frequent blood transfusions because his hemoglobin would drop to scary levels at least twice a month. When that happens, he becomes tired and weak, and cannot resume normal activities. But now, even these transfusions are not enough to keep him alive and breathing. He needs a bone marrow transplant at the earliest, with which he will be able to lead a normal life like other children.

When Suresh turned 1, his mother noticed that he was getting frequent fevers. Sometimes, these fevers would even last a month. She took him to the hospital, where blood tests revealed that his hemoglobin count was 2.1. The normal count ranges between 10 to 14.  Ever since then, he has been undergoing blood transfusions. But these transfusions, while saving him temporarily, have increased the iron content in his body.

“Doctors have told me that he has high iron content in his body. It could damage his heart, liver and other organs. So, we cannot continue with blood transfusions anymore. A transplant is what he needs." - Maheswari.

‘I hardly make 220 rupees a day. How will I save him without help?’

Ever since her husband abandoned her, Maheswari has had to manage household expenses, her children’s upbringing and school expenses, and everything else on her own. She works as a sweeper, on contract basis, in an office in her hometown, Erode. She is able to earn only Rs 220 rupees at best, each day, and it is on her meagre salary that she has been treating Suresh for so long. But now, his medical expenses are beyond her reach.

“The transplant that my son needs costs lakhs and lakhs of rupees. I have nobody to help me. How will I save my son?  I am alone in this fight.” - Maheswari.