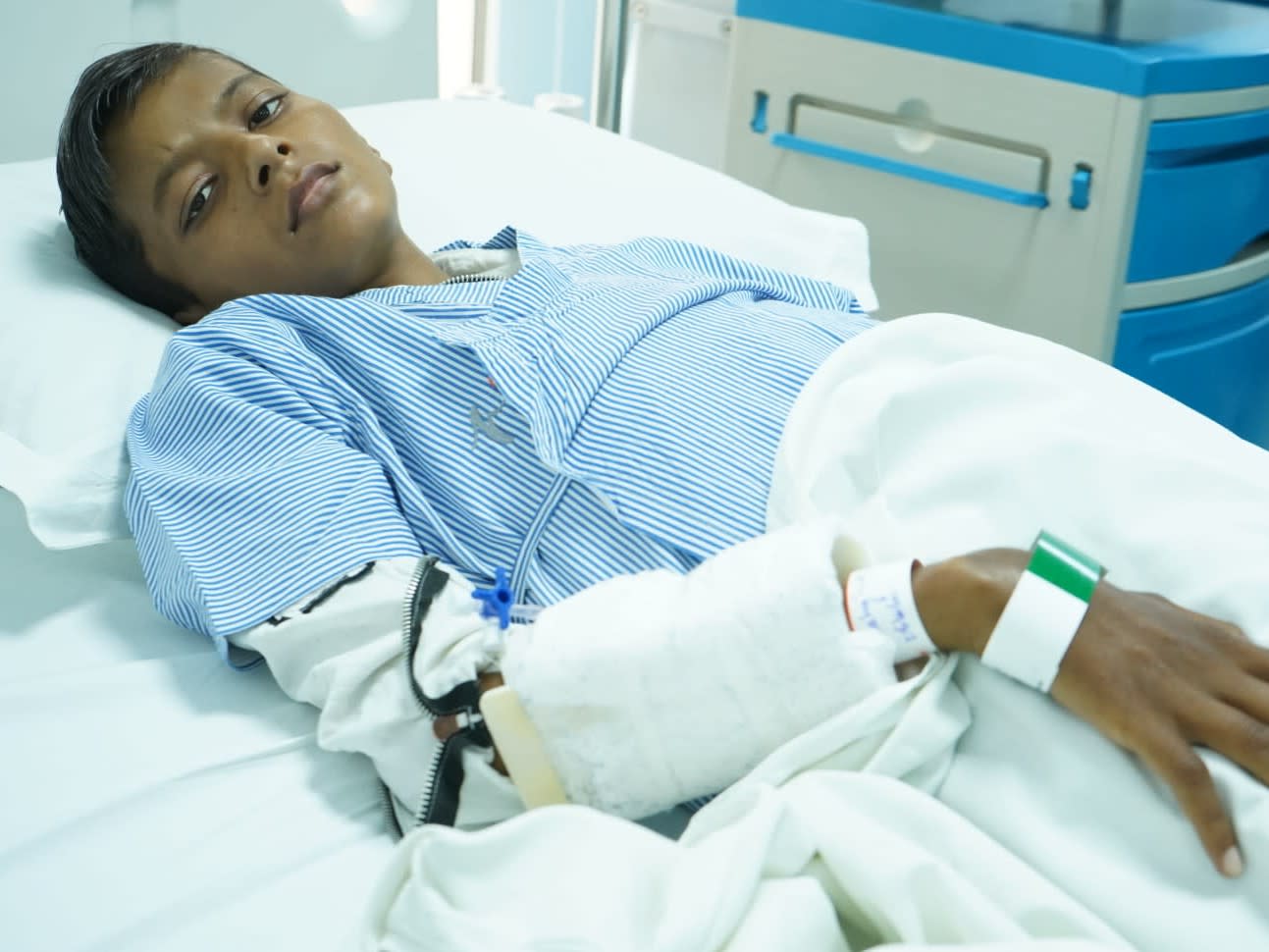 "He has become just a bag of skin and bones because of this wretched disease. He’s so weak that he can’t even move on his own anymore, not even for simple things like going to the bathroom, or just turning in bed. He arms and legs all need to be individually moved by me or my wife.

It’s like he’s turned into lifeless puppet! And within the next week or so, if we can’t arrange the money he needs for the surgery... he really will become lifeless!” — Hanif, father, sobbing

Avesh was barely 10 in 2016, when he developed a fever that refused to let go no matter what, effectively lasting more than a year. They took him to multiple local clinics during that time and tried all kinds of medicines. But their little boy seemed to only be getting weaker and weaker.

“It was in 2017 that some blood tests revealed that the problem was actually a rare liver condition. We still had hope, though. The doctor made it seem like a steady course of medicines would eventually cure him, and that he wouldn’t need a liver transplant. But...” — Abeeda, mother, unable to continue

“Despite giving him all the medicines they asked us to, Avesh’s condition didn’t get any better. In fact, by 2018, he had started vomiting blood every now and then! The first time it happened, I nearly fainted. When we took him to the doctor, they said there was a surgery we could try that might make a liver transplant unnecessary. So our boy went under the knife, he was just 12 at the time. But it turned out to be a waste! After 2 years of seeming like it had worked, in January he became so critical that a liver transplant is now the only hope he has. But the cost, my god...” — Abeeda

He has already missed his scheduled surgery date, his time’s ticking

Over the past 2 years or so, Hanif tried his absolute best to arrange the money that Avesh would need for a liver transplant, but the pandemic last year severely impacted efforts.

“I’m just a primary school teacher. I got into this career because I love children and think they’re the future of the country. I never felt the need for a better job with a better salary until last year, when the pandemic hit and I had absolutely no other savings to rely on and I had to use up the money we’d been putting aside for Avesh’s surgery. How will I afford a liver transplant now?

The scheduled date was 25th of February, so every day after that has been terrifying. Each day we wake up wondering if today’s the day our son... that he dies!” — Hanif