You are sending a message to
Sunny taneja
Go back

Shares
Shares
Share on whatsapp
Where any normal 18-year-old would be tying his shoelaces, slinging his backpack ready to walk his way to college, Manoj's younger brother Sunny is at the hospital, waging a war with leukaemia or simply put, blood cancer. Diagnosed with minor thalassemia at the age of two, Sunny has since been fighting his way to lead a fairly normal life. 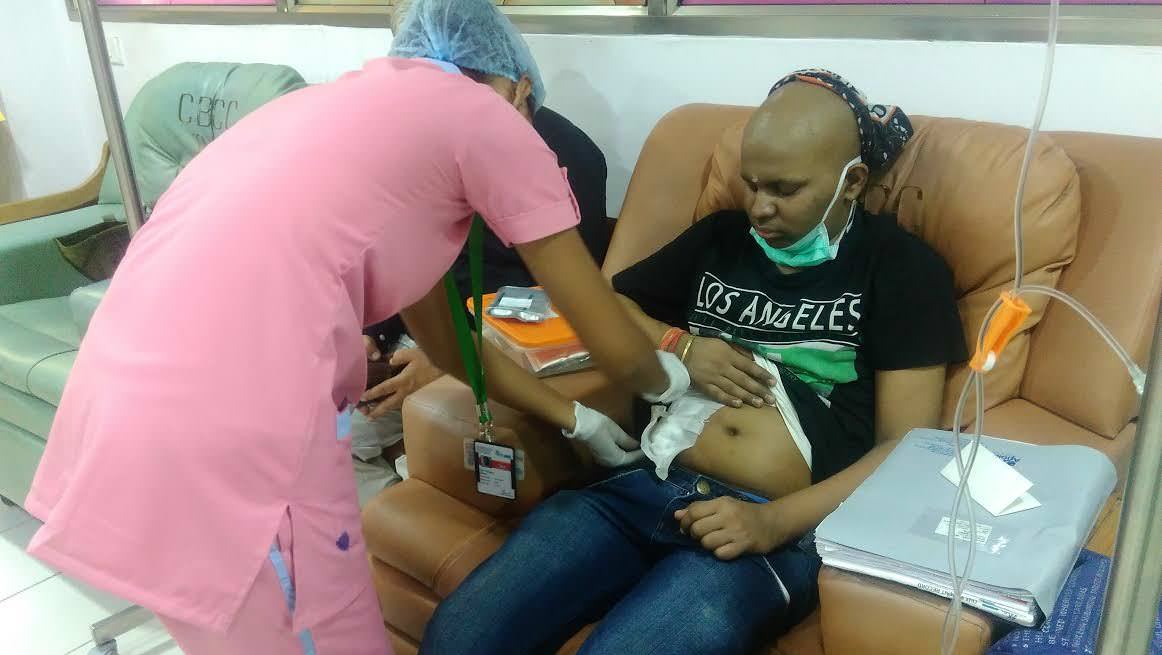 Being a regular topper at school, Sunny had just started his final year at senior school, in Chittaurgarh, Rajasthan, and was diagnosed with the dreadful cancer disease. Tragedy struck when hospital bills went over the family's budget.  "I am doing everything to save my son, I know we as a family can fight this disease with him. He is strong and we are doing everything to save him" says his father, the sole breadwinner in the family who is devastated with his son's condition. Their lives became a quest to help their happy, energetic son recover from what could be life threatening.

Been on medication and treatment for over 16 years now

Sunny has been fighting his health since he was detected to have severe anemia at the tender age of two that severely reduced his hemoglobin levels.  The local doctor suggested a blood transfusion that improved his health but after few years he started having symptoms of back pain, fever and severe weakness. 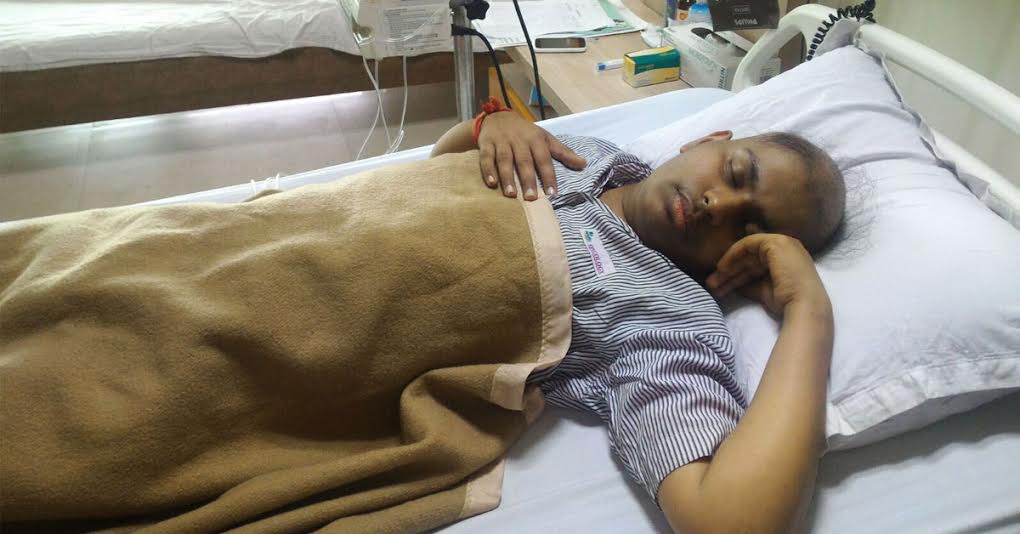 Tests revealed that his blood cell count was five times the usual and the reports finally showed that he had blood cancer - "We were completely devastated after the reports came-in, and immediately started medication at Apollo Gandhinagar under the care of Dr. Chirag" recollects his elder brother who is giving the family moral support and is making arrangements for funds.

Their only hope now is to do a Bone Marrow Transplant

Sunny's WBCs now are as high as 100,000 and the cancer in his body has become very serious. Three months after an intensive and painful chemotherapy, the doctor has recommended a bone marrow transplant as the only option to save his life. However, it comes at expense of as high as Rs. 20 Lakh which the family in no way can afford.

Coming from an poor background, their family has managed to pay Rs. 7 Lakh borrowing funds from relatives and friends. "We are asking for help from everywhere, have even applied for a loan, but don't see much hope" says his brother Manoj who has stopped attending his CA exams in order to take care of the family as priority. The family has relocated to Gujarat for the last 8 months and have been unable to carry out activities that enable the flow of income to the house. 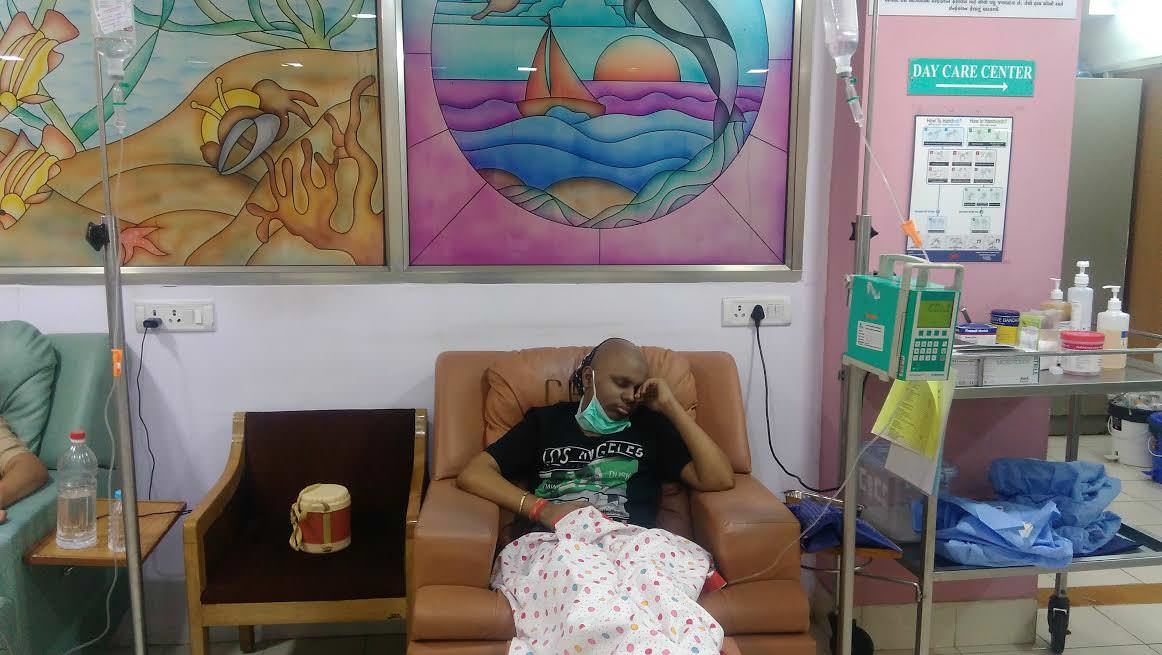 Despite the dreadful disease, Sunny has been calm and has never complained

Sunny has always been a calm and soft spoken person. Even though he is going through so much, he has never cried or complained as to why he has been suffering. The family has been chanting mantras and has complete faith that God will help them - they feel that Sunny's treatment will go well due to their faith. 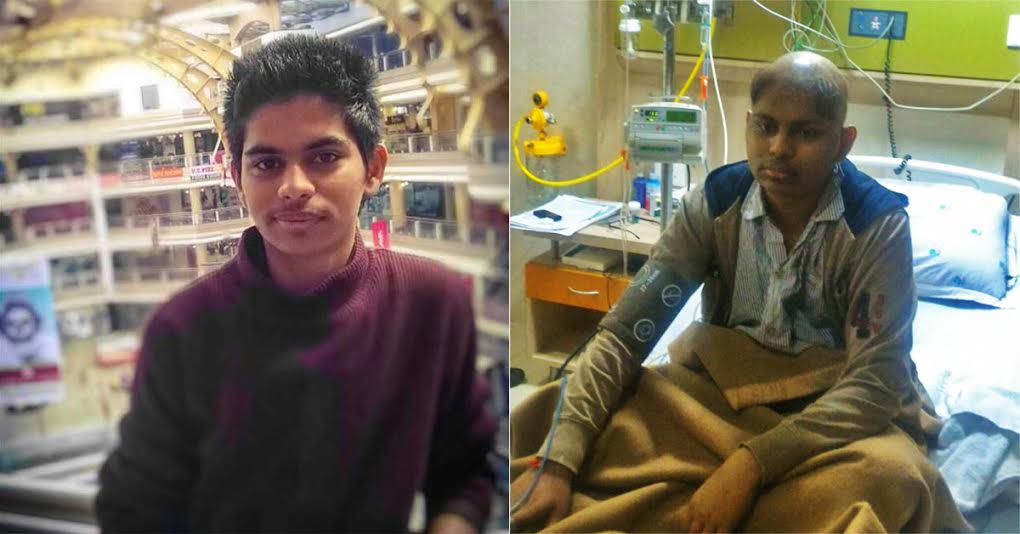 Sunny underwent a Stem Cell Transfusion 2 days ago with Manoj being the half match donor. They went ahead with a Haplo Identical Transplant as they could not locate a full match donor.

How can you help the young boy

Sunny and his family have already been through so much together. Yet, they are determined to save the life of their precious son. His brother Manoj has set up a campaign on Milaap to raise funds for the treatment. Your support will make a huge difference to Sunny and his family.  They need to deposit 7 lakh as immediate treatment expenses. A small contribution from each of us can help save Sunny's life. 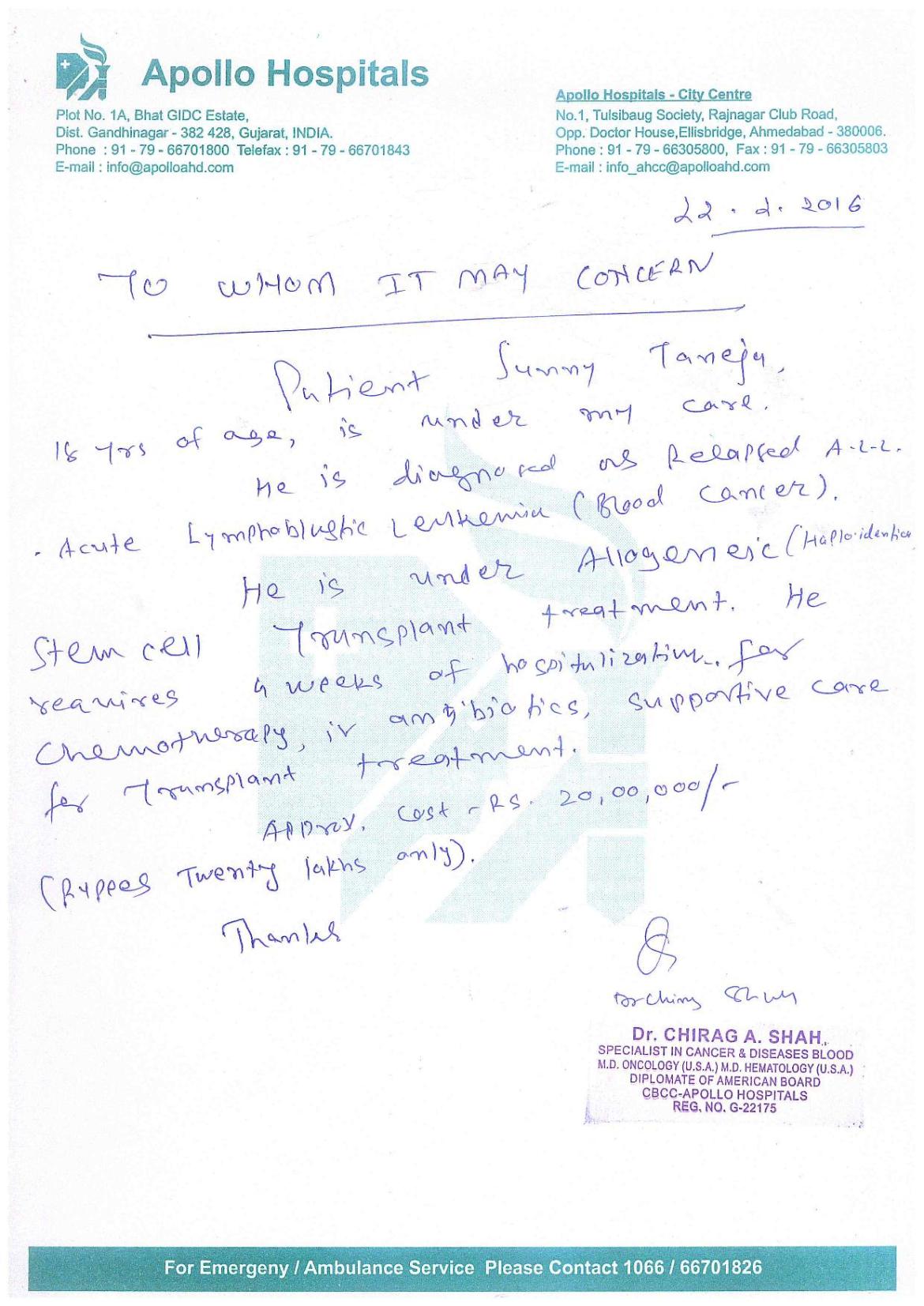 Click here to learn how you can save Sunny

Sunny is only 18 years old and has suffered a lot for a boy of his age. His parents cant stand the thought of not having him around.

You can ensure he lives a long healthy life by making a small contribution. This will directly be...