All He Has Ever Known Is Pain, This Baby Now Has Only One Chance To Survive His Failing Heart | Milaap

All He Has Ever Known Is Pain, This Baby Now Has Only One Chance To Survive His Failing Heart 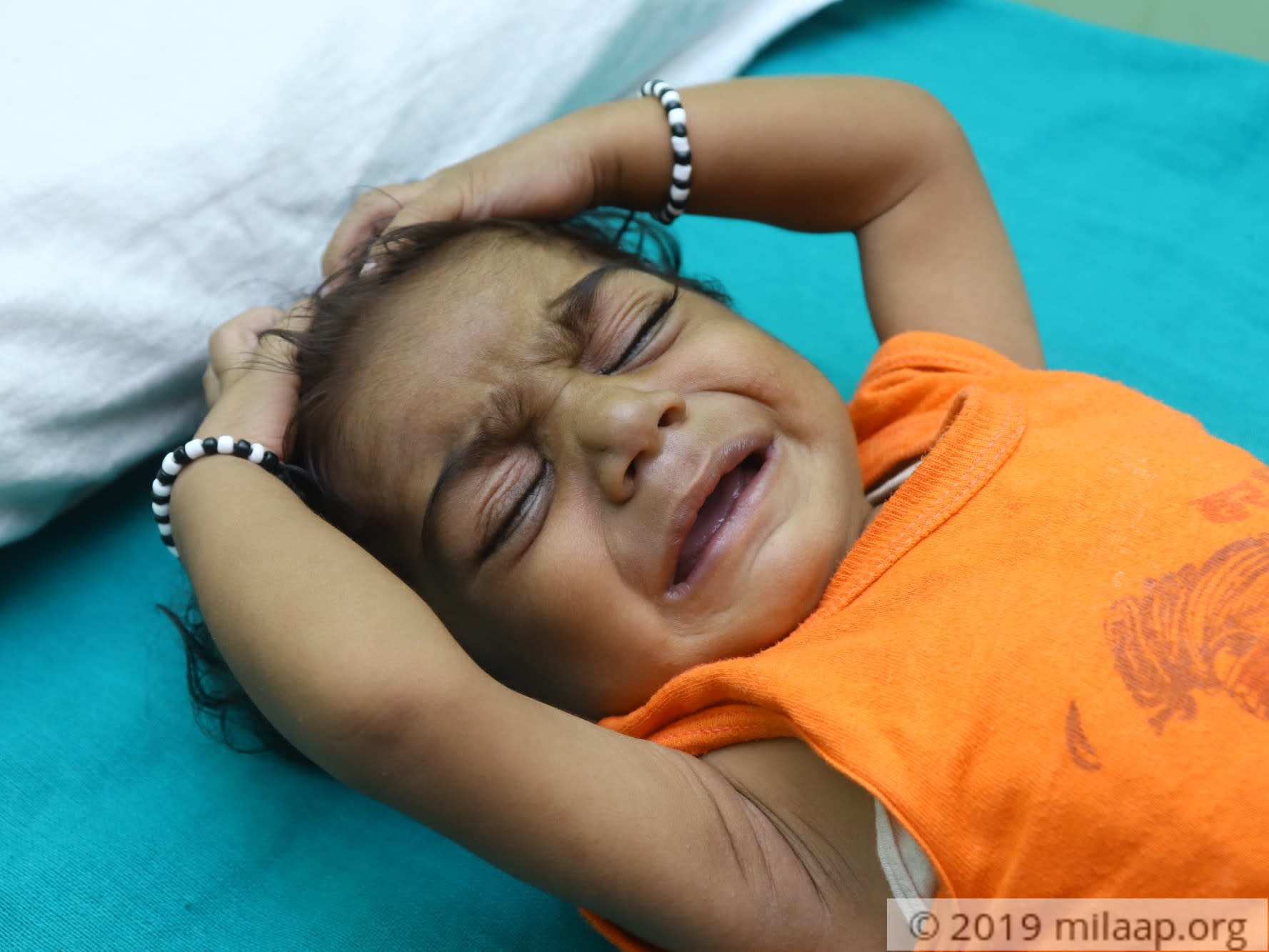 Share
“All we wanted was to have a baby. God answered our prayers, but our baby is very sick. He’s so sick that the doctors say that anything can happen to him at any time. It’s his heart, it’s giving up on him.When I look at him,all I can see is how weak he is and how blue his lips have become.It's a dangerous sign. He needs a surgery at the earliest. It's now or never."
– Rajpal, father

When he cries all night, we fear he won't make it to the next morning

“There are days when he can’t breathe at all. It’s like he’s choking…and then he tries to cry.. He’s so small and he needs a big operation. They said it will take 6-7 hours. Sometimes when he cries all night, we fear that he won’t make it to the next morning.” - Suman, mother

“When I was pregnant, people told me that the first 6-7 months after birth were going to be difficult.. but also the most wonderful because that’s when the baby learns to turn over, grasp things…I haven’t seen any of that." - Suman

Baby Sumit has two holes in his heart. He also has a heart disease due to the which there’s a shortage of oxygen in the blood flowing from the heart to the rest of the body. Sumit’s body can’t function properly due to the lack of oxygen-rich blood. This leads to the blue colour of the skin and nails, shortness of breath and poor weight gain. Sumit has all of these symptoms and it’s only getting worse.

They nearly lost him, this surgery is their only chance to save him

If you had just one chance to save your child, what would you do? Rajpal and Suman too did everything in their power. They have not only nearly lost their baby once, but have also lost all their hard-earned savings. They have spent over 1.5 lakhs – borrowed from relatives, sold the jewellery they had and the only cow they owned. Now that it’s all gone, they have nothing to afford Sumit’s surgery.

“He had to be admitted so many times. He was even in the ICU for a few days because of pneumonia. We nearly lost him then. I’ve spent everything I had…I’m a farmer. I earn Rs. 300 per day. These 4 lakhs that he needs is something I can never afford.”

Baby Sumit is running out of time without a surgery. He needs your help to survive.