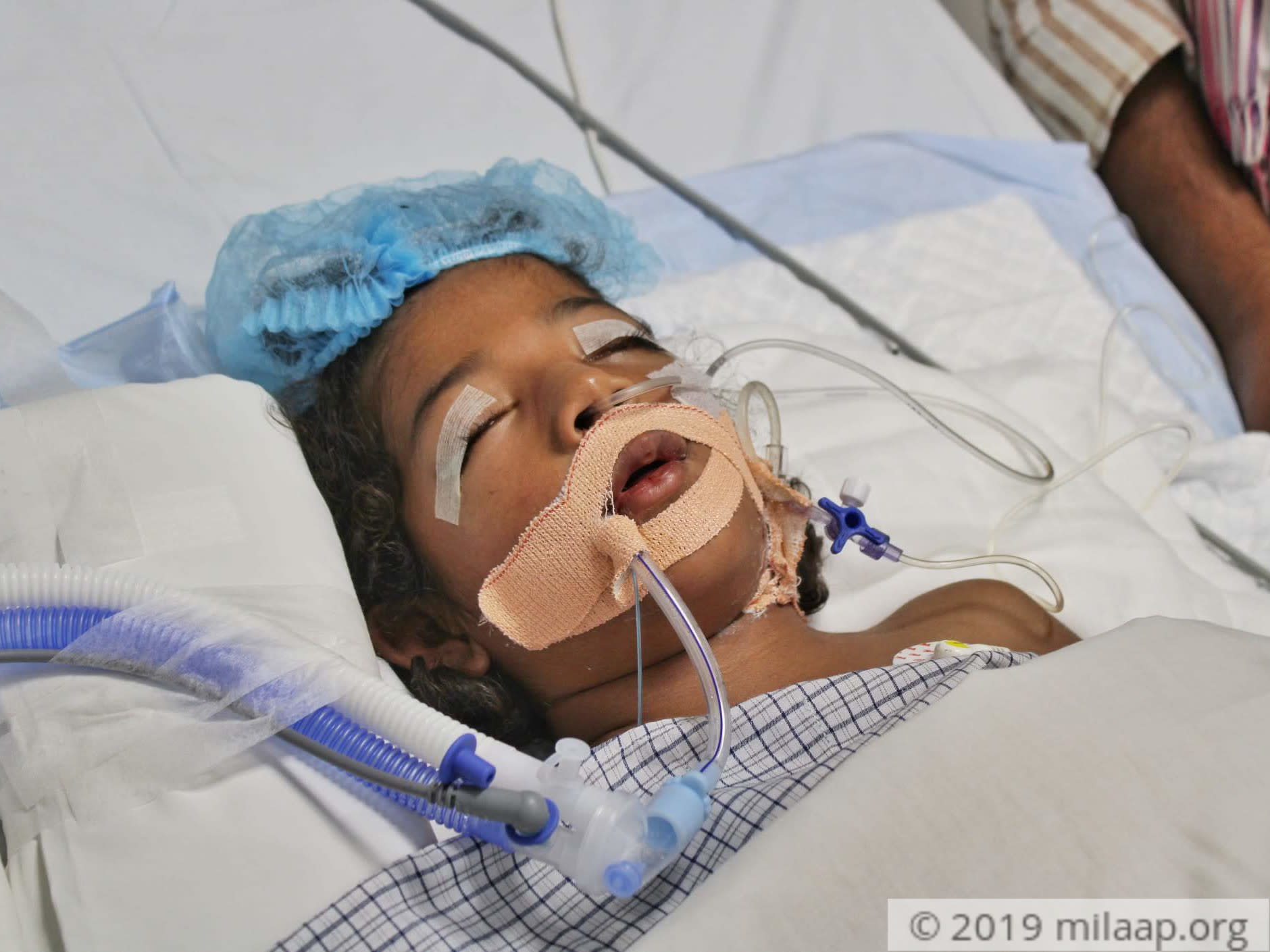 Share
On 3rd November, in the middle of the night at 3 o’clock, Nagaraju had to rush his 6 year old daughter to the emergency ward of the nearby town which was 30 km away, riding on his old bike.

“She was vomiting endlessly, her head was spinning and her stomach, she said it was burning. Her fever too was not coming down, I had no other option but to take my weak child on the bike along with my akka (elder sister). And that... that was not the end of it all…” - Nagaraju, father
Nagaraju and his akka (sister)

Her organs are failing due to a fatal disease

“From one hospital to another we kept travelling and finally when we found the hospital that could treat her, we also found out that my daughter might… her organs are failing. Until yesterday she kept talking at least a little bit, saying ‘daddy water, daddy I want to go home, where is mummy’ but now, she has completely fallen silent.” - Nagaraju

Spandana’s blood reports came in and the doctors confirmed she had dengue but there was more. Their little girl is suffering from the worst consequence possible because of dengue. Hemophagocytic Lymphohistiocytosis (HLH), a rare but potentially fatal disease in which the immune system begins to damage the patient’s own tissues and organs, including the liver, brain and bone marrow where blood is made.

Spandana’s mother is unaware of her condition

“Shivamma, my sister in law, is back at our village taking care of her newborn son. We haven’t told her any of this, she will not be able to handle it. We tell her that she is fine and is eating well but she is not. What will I tell her if anything happens to her little girl?” - Spandana's aunt

Nagaraju and Shivamma (mother), both work as daily wage farmers. What they earn is barely enough for their basic needs. Nagraju sold the only land he had and has nothing left to sell to save his daughter. Spandana needs PICU care for at least 2 more weeks to fully recover and for that the cost will be 8 lakh rupees.

Spandana is a very active child, always with a smile on her face.  She loves to go to school and play with her sister.
Spandana is not the only child of Nagaraju and Shivamma who is suffering, their younger daughter of 4 is also suffering from dengue. Nagaraju is devastated and is feeling completely lost now. He is in Bangalore with Spandana while the other child is admitted in the city hospital near their village.

“Why is this happening to my children, both of them are hundreds of kilometers away. If I be with one I can’t be with the other. Am I failing them both? Please help me.” - Nagaraju

Your generous contribution can save this little child from a fatal disease. With your help, Nagaraju can take Spandana back home to her mother who is eagerly waiting for her and Nagaraju can go to his younger daughter who is sick as well.
S
Patient Spandhana is 6 years old, living in Bengaluru, Karnataka
AC
Being treated by Dr.Chethan in Aster CMI Hospital, Bengaluru, Karnataka