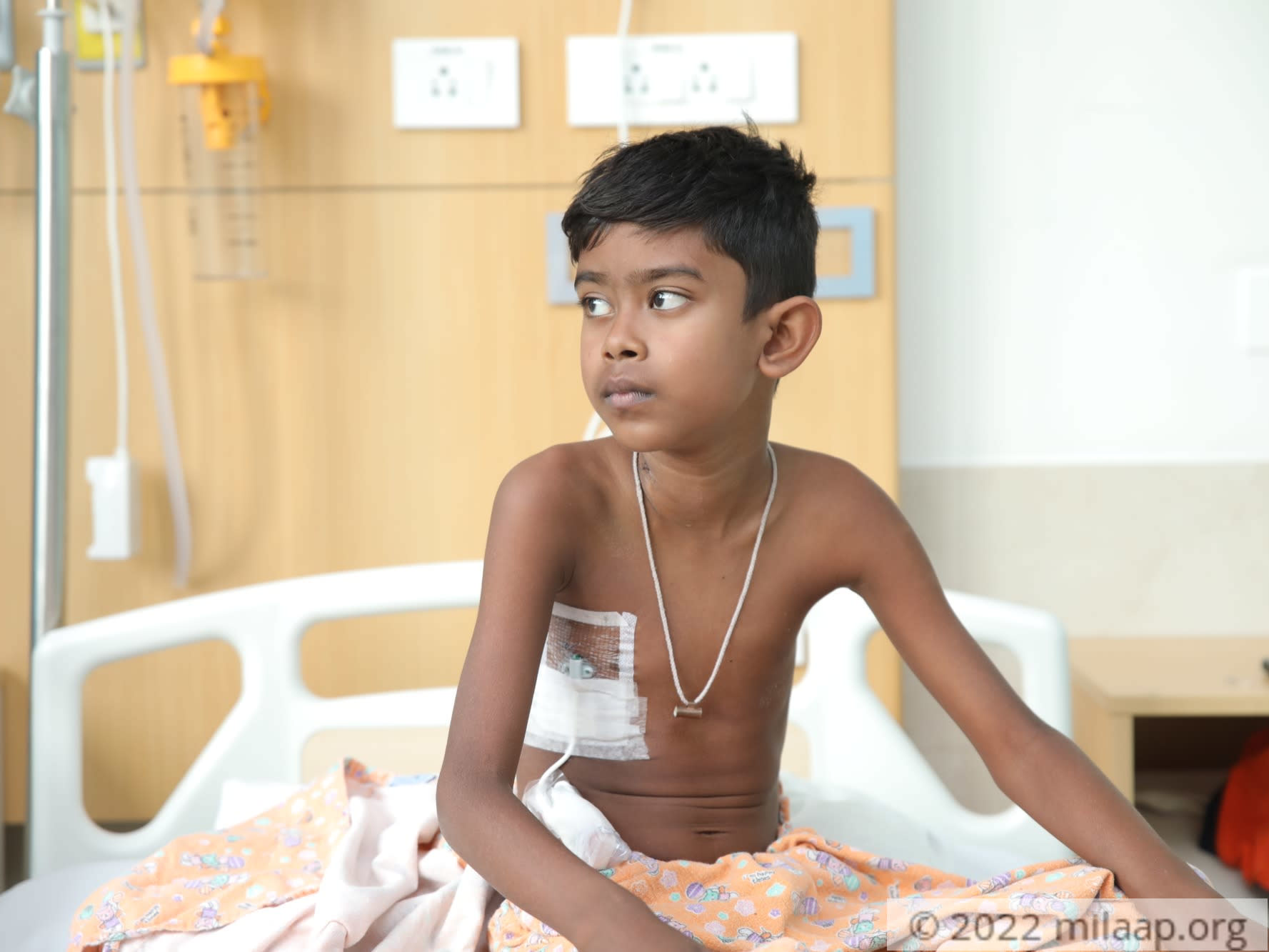 9-year old Soumyadip had just started attending school again, with the hope of resuming a normal childhood after surviving cancer. But, this dream of his was short-lived when his cancer relapsed this year.

"My heart sank when I noticed the same symptoms again. The same swelling of the stomach and recurring fevers. I was praying it wasn't anything serious... How can my son get cancer twice? He already defeated it once, yet it came back to haunt him ." - Sadhna, mother

In 2016, Soumyadip had developed rashes on his skin and lost his appetite completely. It was only when his stomach started swelling up that his parents consulted a doctor in the city. That was how they first found out that their son was suffering from acute lymphoblastic leukemia, an aggressive form of blood cancer.

It took him a year of intensive treatment, but he managed to beat cancer in 2017. However, that wasn't the end of it. His cancer relapsed in 2021, and now, they need 10 lakhs more for his treatment.

Gopal, Soumyadip's father, is a rickshaw driver, whose daily income is merely Rs 200. Amidst Soumyadip's health crisis, Gopal is still going out to work, because if he doesn't, then there won't be food on the table. In this situation, for him to manage 10 lakhs on his own is impossible even if he works day in and out for the rest of his life.

"I had already sold my land and spent all my savings to get him treated previously. I'm still repaying loans taken in 2016. Now I have nothing left in my name that I can sell to get money. This time we need 10 lakhs which is almost double the amount that we had spent last time. I'm terrified of losing my son now. " - Gopal, father

This kid has already sacrificed his childhood joys to cancer

Soumyadip needs chemotherapy for a year to beat cancer yet again. At the tender of age of 9, cancer took a lot from him and snatched away the little pleasures and happiness in his life. Even after his recovery, his parents were always extra cautious because of his low immunity.

During the pandemic, they hardly let him go out to play with his friends because he was always prone to contracting infections quickly. Despite taking so many precautions and being so careful, when they found out that his cancer had relapsed, they were beyond devastated.


These parents have already endured months of sleepless nights due to Soumya's diagnosis, because they are tormented by the fear of losing him again. You are their last hope now. Your generous contributions can help these parents save their precious child.