Fighting A Recessive Disorder, A Bone Marrow Transplant Is This 7-Year-Old's Last Hope At Survival | Milaap
Receive tax benefits by donating to this cause.

Fighting A Recessive Disorder, A Bone Marrow Transplant Is This 7-Year-Old's Last Hope At Survival 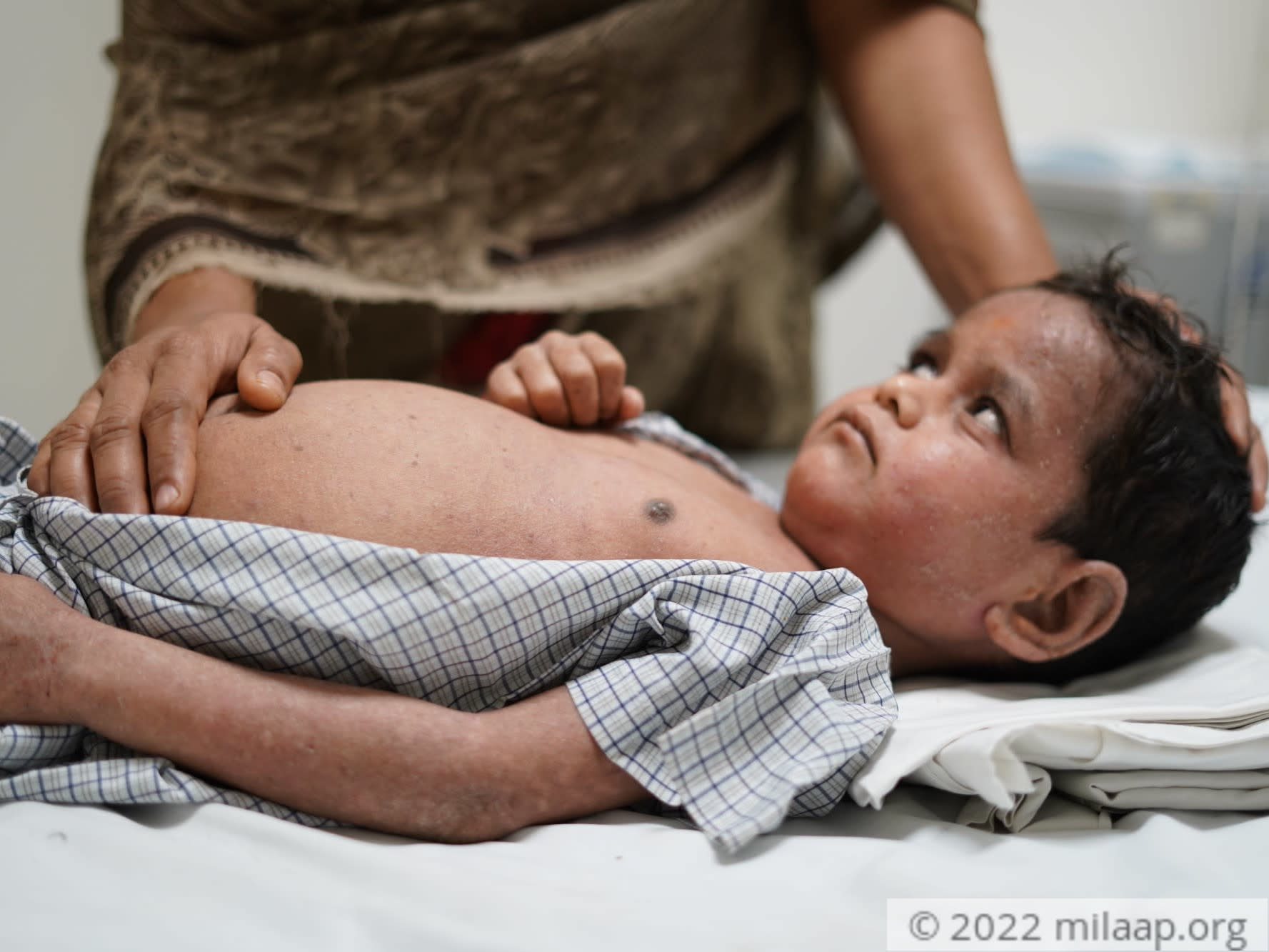 "The villagers never allowed their children to play with Soham, out of the fear that my son would infect them as well. As time went by, Soham's entire body had eczema scars and soon after, the kids shunned my daughters too. I reasoned with them, assuring that once my son gets the right treatment, he will be completely alright. But they have lost all trust in us now. For 7 years we have been struggling, with every drop of sweat, to arrange money for his treatment, but without any luck." - Swati, mother

Grappling with a rare disorder, he is fighting multiple health risks at once

A meek child, Sohamraje, was only a year old when his tryst with hospitals started due to severe infections. Abnormal bleeding episodes and small purple rashes kept ravaging his body. Every time he was hospitalized, his parents would be told his blood counts were severely low, and nothing else. For 6 years of his life, no one had determined his illness - Wiskott Aldrich Syndrome (WAS), a rare recessive disease affecting male children.

In this condition, Soham's fragile body is fighting multiple problems at once. His body's reduced ability to form blood clots have been highly dangerous as he loses a pool of blood all at once. It has also caused his skin disorder, with red patches all over his body, and stunted his growth. Without a bone marrow transplant, most kids unfortunately don't survive for long.

Seeing his son barely speak, makes Santosh's heart ache. He tries to cheer him up but all his efforts are futile because the pain that little Soham endures everyday, has snatched his smile and sense of relief from him.

"For the past 6 years , my negligence in not getting my son treated correctly has filled me with remorse. Coming to a city hospital, we found out that if his platelets had dropped further, he would be at a risk of severe bleeding inside his brain. All the past sufferings of my son can come to an end with this one transplant, but it seems that even God wants to punish us now... How can I, a mere farmer, arrange INR 28 lakhs, in such a short amount of time?" - Santosh, father

Soham's parents had decided to send him to the school in another village nearby. They felt that the only way he could have a normal childhood would be to play with kids of his age but that came with its own terrifying consequences.

"The long distance travel would drain him completely to the point that he would return home with bruises or swollen eyes. Many times, we had to rush to the hospital from the fields because of his uncontrollable nose bleeding. All this was his body's way of telling us that my son's immunity is so critically weak that in the hopes of seeing him live a normal life, we could lose him forever if we continued his schooling any further." - Swati, mother

Santosh, a farmer, sold the only land he owned two years ago, to meet his son's medicine expenses and feed his family of 6. Having lived hand to mouth since the beginning, it's nearly impossible for him to arrange INR 28 lakhs without a miracle. But you can be that miracle for him.

Please render your support and contribute to help 7-Year old Sohamraje, who is in an urgent need of transplant.