This Single Mother Protected Her Son For 4 Years, But She | Milaap

This Single Mother Protected Her Son For 4 Years, But She Can't Anymore 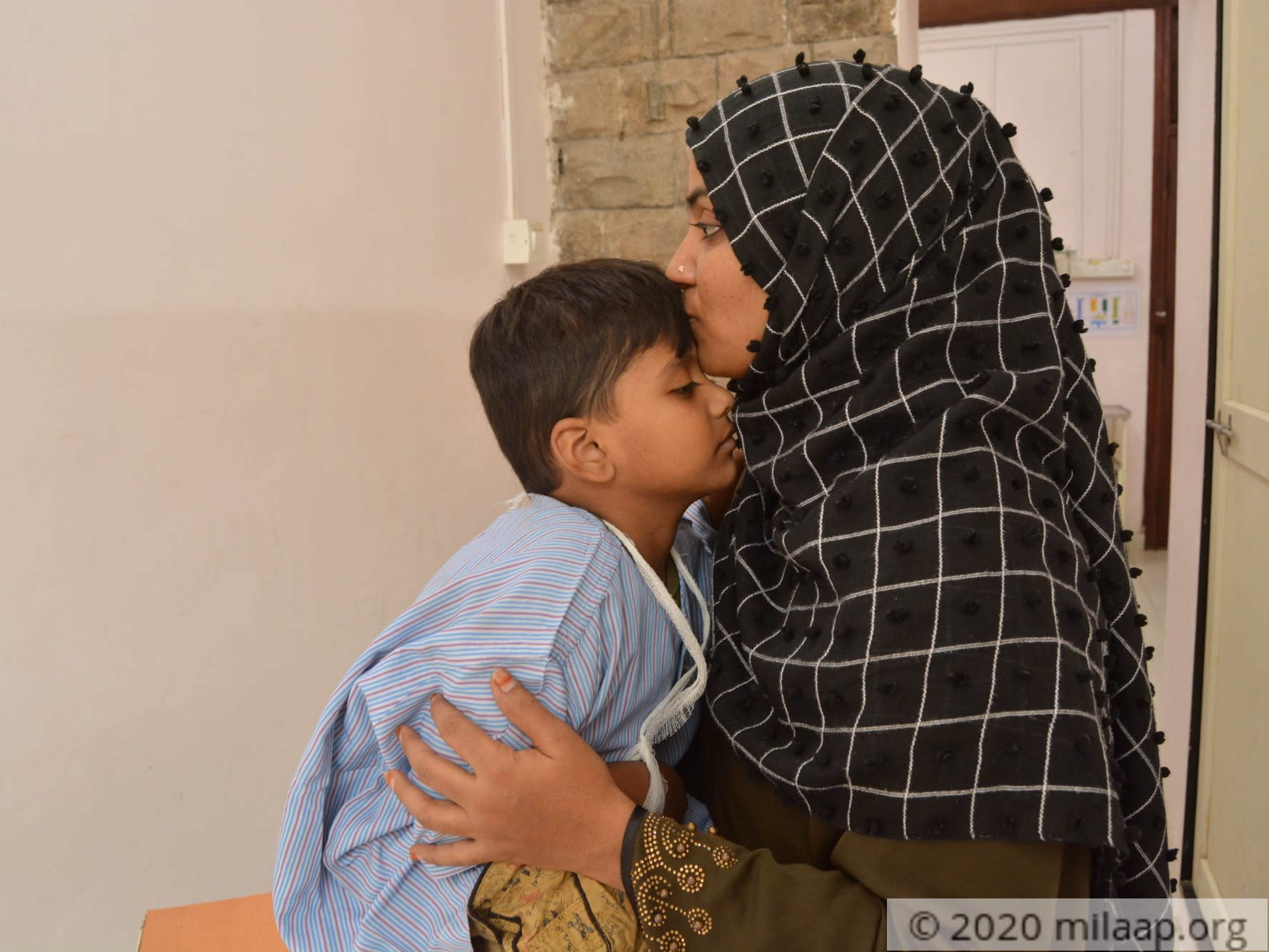 Share
Raising two children on my own has been...hard. Just a few days after the doctors told us that our son Sohail has an incredibly rare disease, that he could only survive with expensive treatments, my husband left us. I cried for days, but in the end, I promised to myself and to Sohail that I would take care of him better than his Abbu ever could.
Now... I feel like I’m breaking that promise.
– Asima, mother

Sohail was a little over a year old when he developed a critical case of what seemed to be pneumonia. It had started off as an innocent fever, but quickly escalated to severe breathlessness. Eventually it got to a point where he was barely conscious. It took weeks of tests for doctors to finally realize he had XLP1, an extremely rare Immunodeficiency disorder that leaves him deathly prone to infections. It was at this point that his father abandoned their family.

"Even though he was so young, he took it very hard when his father disappeared. He had started talking a few months prior, but when Gafar left, he just stopped talking. The last thing he ever said was 'Ammi, where is Abbu?' I’ve taken him to so many doctors over the years, but there’s nothing wrong with his throat, or his ears, or his tongue. He doesn’t play with other kids either, just spends time with me all day. It’s like... he’s scared I’ll leave him too. But this disease... I’m scared he’ll leave me instead." – Asima

Asima was able to delay the inevitable for 4 years, now Sohail's life is in danger

XLP1 is a condition where the immune system doesn’t work like it should, affecting only 1 in a million. In Sohail’s case, his immune system gets over-activated whenever he gets any infection and attacks his own healthy cells, resulting in painful inflammation and organ damage. With frequent doctor visits and medicines, Asima was able to manage little Sohail’s symptoms so far. But now, doctors are saying he can get cancer if he doesn’t get an urgent Stem Cell Transplant.

I struggled just to put food on our plates; how can I afford 22 lakhs?!

"For years now, every morning at dawn, I have done my namaz and then headed out to work as a dishwasher. I work all morning, and come home by noon. Farah, my daughter, she also had to work extra hard to keep up with her classmates, because she misses morning classes every day taking care of Sohail until I get home. All this effort was just enough to live month to month, and for his medicines. Now, he needs 22 lakhs for his surgery! Please, help me keep save my son!" – Asima

Only your help can save little Sohail now. Please contribute as much as you can by clicking here, and help this desperate mother avoid breaking the promise she made her son.
SM
Patient Sohail Mohd Gaffar Shaikh is 5 years old, living in Mumbai, Maharashtra
BJ
Being treated by Prashant Hiwarkar in Bai Jerbai Wadia Hospital for Children, Mumbai, Maharashtra