A Tumor Is Growing Inside This Girl's Chest, She Can't Even Speak Without Gasping | Milaap

A Tumor Is Growing Inside This Girl's Chest, She Can't Even Speak Without Gasping 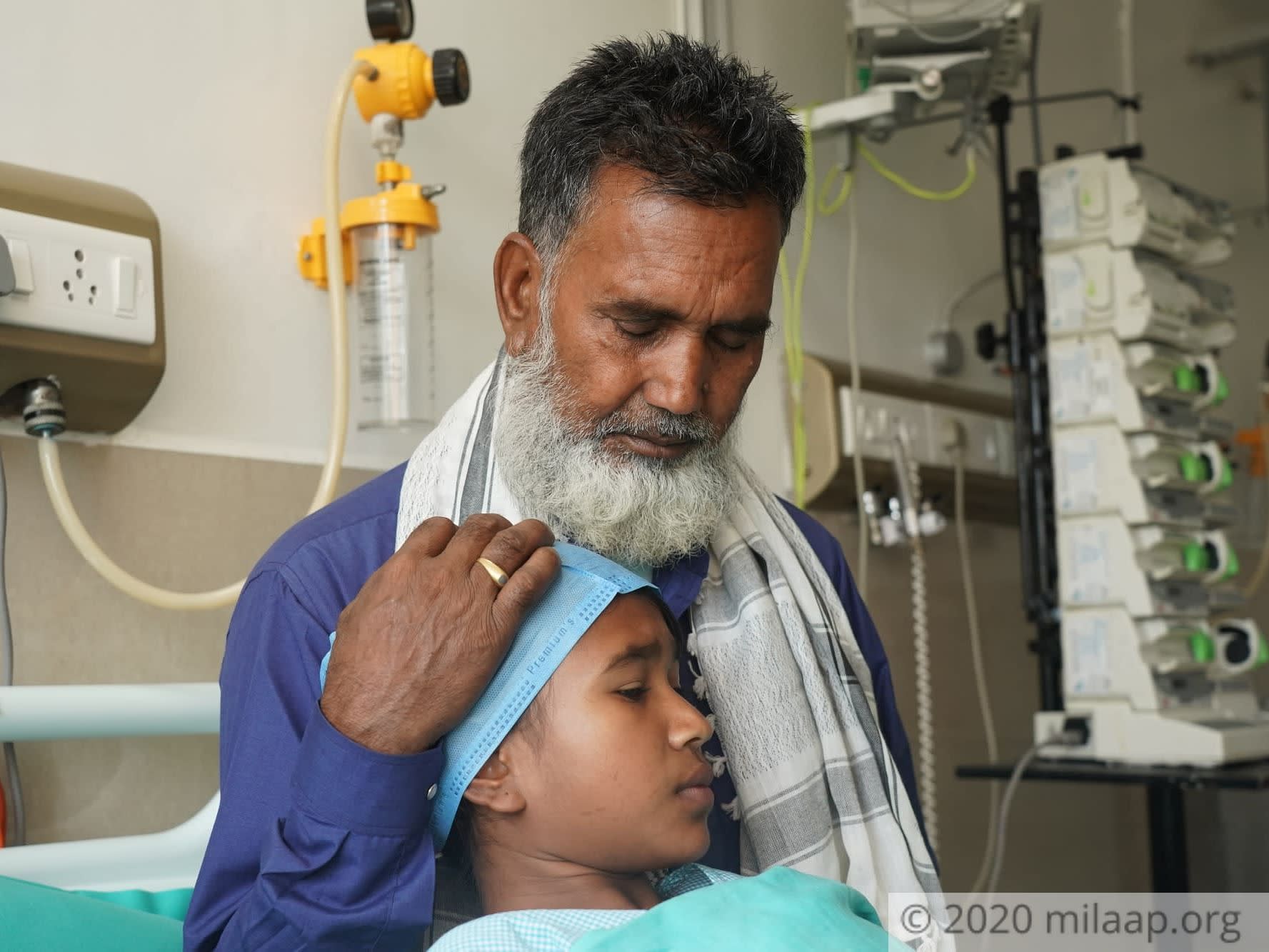 “Abbu, how much longer? How much more do I have to put up with this pain…?"

— 19-year-old Silima can’t even finish her sentence without gasping for breath.
For the last few days she hasn't eaten a morsel of food, only a few sips of water. Tears roll down her cheeks every time she swallows something. The pain is unbearable.
There’s a growing tumour between her spinal cord and her heart. It hurts her chest and is also pushing against her food and wind pipes. She needs an immediate surgery - that’s the only way she can be relieved of this excruciating pain. 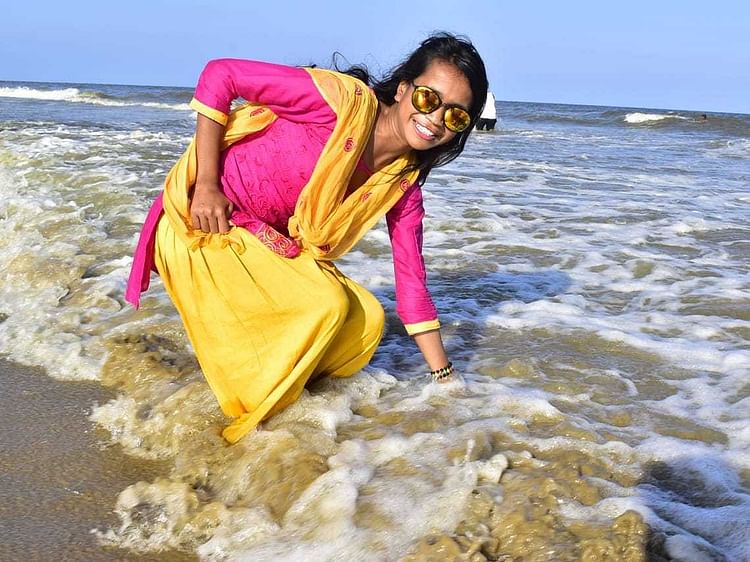 It wasn't cancer but they had no time to waste

6 months ago, Silima complained of chest pain and breathing trouble. She was also coughing a lot. Every local doctor in Bongaigaon, Assam told Sahadat, Silima’s father that his daughter is only suffering from a common cold.

“But within days, we noticed that her condition got worse. She wasn’t able to walk straight and said that her entire body was paining. For a girl who loves going to the madrasa (college), she would beg me not to send her out. How could I sit at home and let her be?” - Sahadat, father. 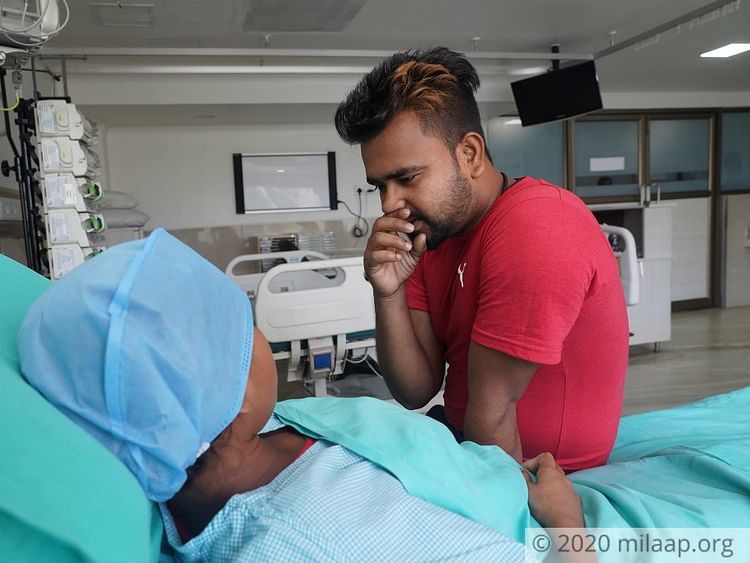 Silima with brother, Mujaffar
They took her to Siliguri in West Bengal and that’s when they were told about a growing tumour in Silima’s body. The doctors said that it was not cancerous but even before the family could heave a sigh of relief, they were told that there’s already been a lot of delay. Silima needed an urgent surgery. Gathering all they had, Sahadat and his younger son, Mujaffar left for Chennai with Silima. 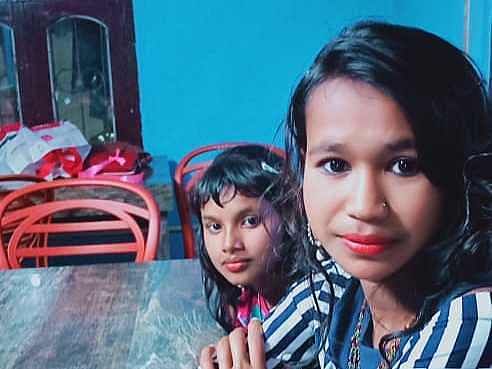 Sahadat has been sick for a long time - he used to work as a mason but for the last few years, his health has deteriorated. His vision is blurred, he needs a hearing device - but he has been putting off all that for his children. He has married off his 4 daughters and has been using the last bit of his savings for his younger children’s education. But since they got to know about Silima’s condition - the family has been thrown into disarray. 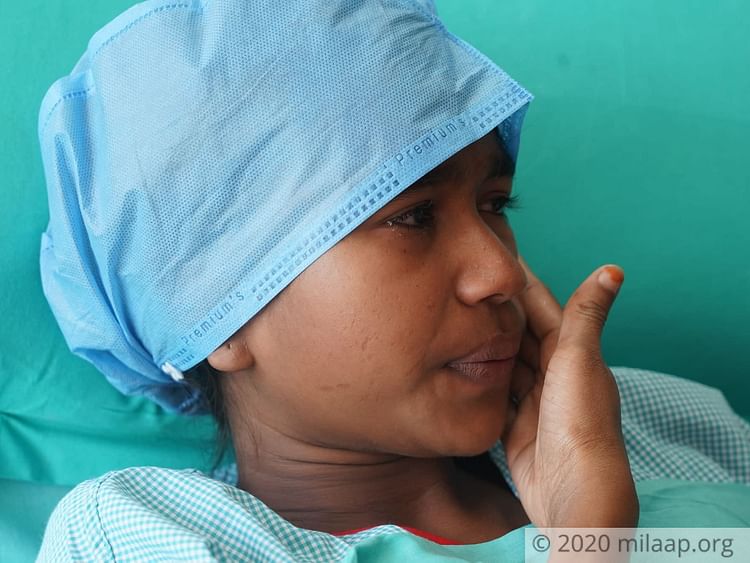 “I have started working on other’s farms and Mujaffar has left school to work as a daily wager. We are all doing as much as we can to save Silima but the surgery would cost us 25 lakhs! There is no way we would be able to afford so much,” - Sahadat, father. 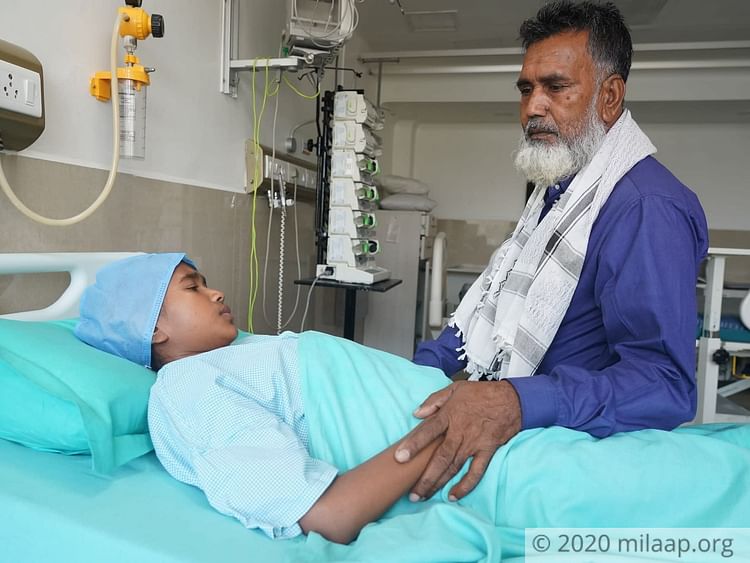 Silima isn’t able to sit up or even lie down - the pain from the tumour doesn’t allow her to sleep. A giant mass is protruding out of her back and bending her spinal cord.

Her aged father and her brother have spent over 2 lakhs by borrowing from relatives. Now only you can help her get better and go home.
SK
Patient Silima Khatun is 19 years old, living in Chennai, Tamil Nadu
AH
Being treated in Apollo Hospitals, Chennai, Tamil Nadu