This Baby's Liver Has Failed And Only An Urgent Transplant Can Save Him Now | Milaap
Receive tax benefits by donating to this cause. 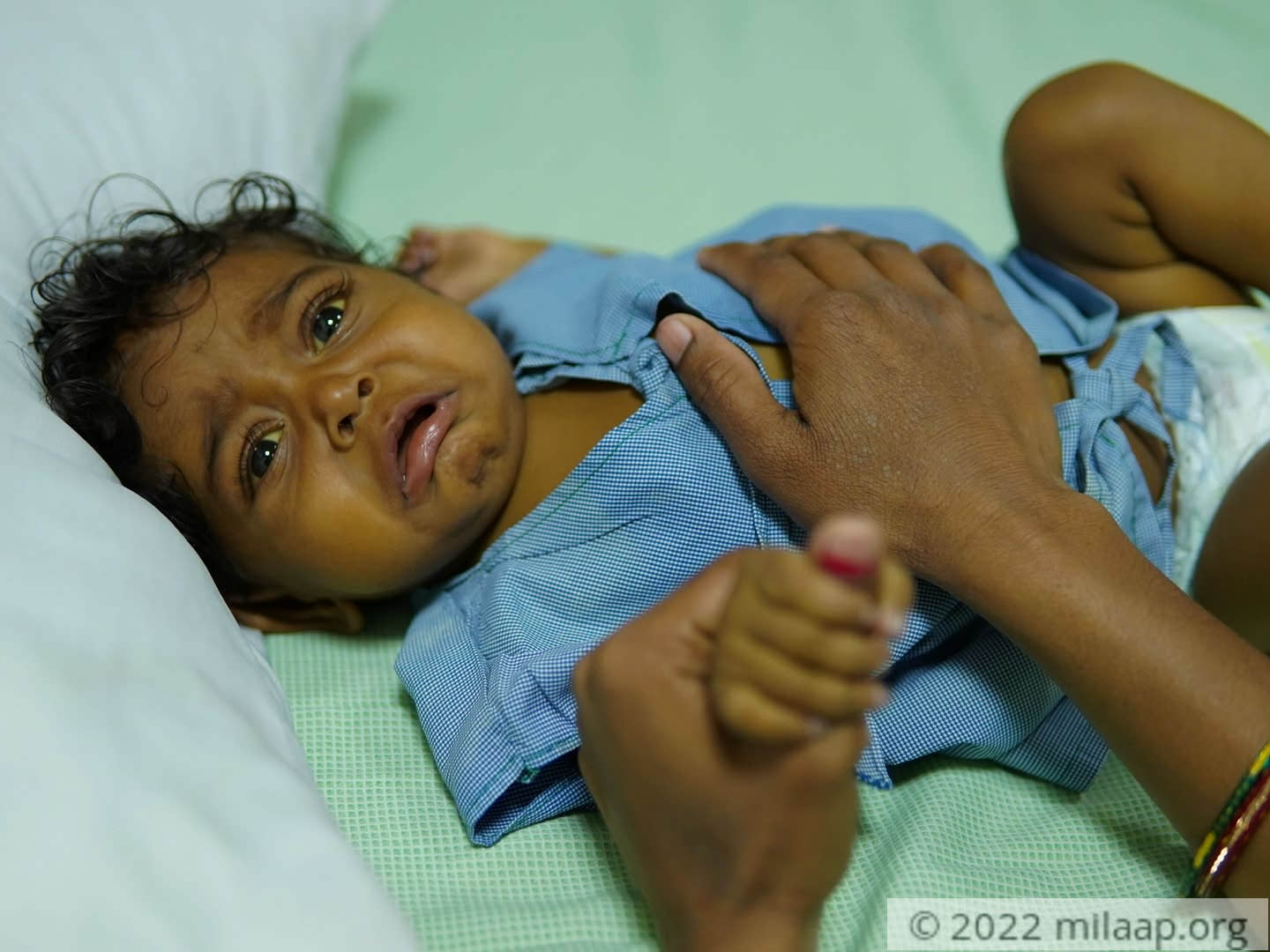 The joy of becoming parents for the first time is something one can never forget. But life has been cruel to Sanjeev and Usha, who have been running around with their newborn from one hospital to another, praying for some miracle to save their son's life.

"Within 15 days, his eyes had turned yellow and his skin looked so pale. Everyone told us it is just jaundice and common in babies. But now look at my baby, his liver has failed and if we don't get his Transplant done urgently, he will not survive. He is just 7 months old but not a single day has gone by where he didn't cry out of pain."- Usha, mother

Under huge debts, this labourer has no means to afford his baby's transplant

Baby Shoyom is suffering from Biliary Atresia, a condition where his blocked ducts have damaged his liver permanently. The bile is building up in his liver to such an extent that his liver has failed now. Only a Liver Transplant can save his life now, but the cost of it alone is 23 lakhs, something that his parents can't afford in such an urgency.

"I'm completely under debt now for the lakhs of loan I had taken for my son's treatment. The condition is such that my aged mother has to go and do labour work so that we can eat that day. His monthly medical expenses are Rs.10,000 and we are struggling with even that so how will we get 23 lakhs so soon?"- Sanjeev, father

His parents are worried with his extremely slow developmental growth

At this age, most babies are able to sit up and move on their own but this condition has stunted Shoyom's growth. His movements are very minor and he is unable to sleep the whole night due to the pain.

"I wish we knew about his liver functioning declining so rapidly at birth then maybe we could have been able to prevent it. It was only after 5 months when the doctors suspected a tumour in his liver because his stomach was abnormally swelling due to high fever. By that time, it was so late that his liver had already failed."- Usha, mother

It is extremely tough for Sanjeev and Usha to stay hopeful with every passing day when their hands are empty. All their dreams of seeing their baby grow up, play and call them Ma-Baba has been shattered. Their baby is fighting so hard for them but they are helpless. Without words, they can understand the pain their newborn is going through with his incessant cries. With a generous contribution from your side, these first time parents can get the transplant done and save their son.