Father Lost His Job While Trying To Save His Son From Cancer, Needs Urgent Help To Get Him Treated | Milaap

Father Lost His Job While Trying To Save His Son From Cancer, Needs Urgent Help To Get Him Treated 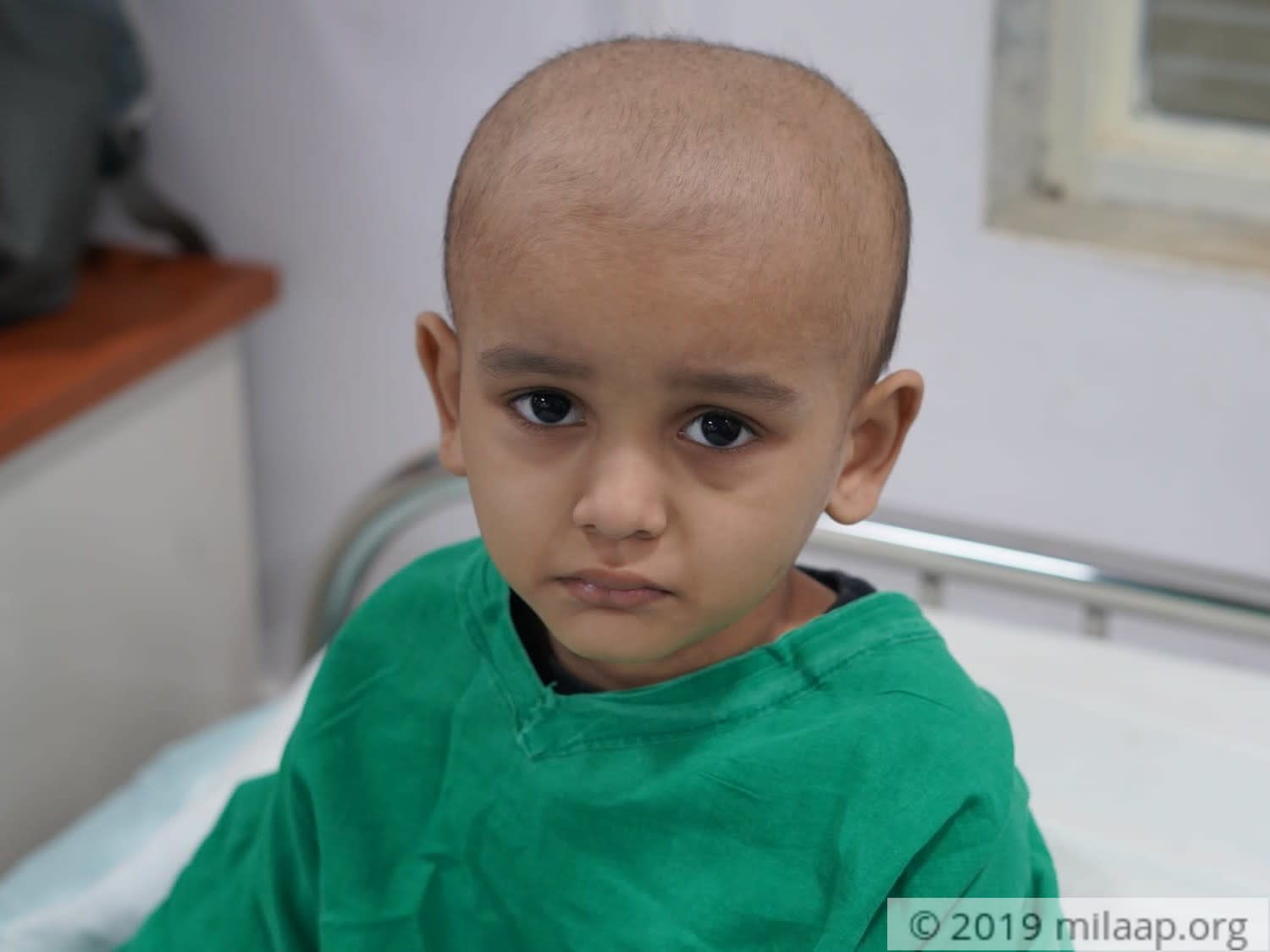 Share
Little Shivraj, the apple of both his parents’ eyes, had fallen unexpectedly ill a couple of months ago, in the middle of June. He had woken with a fever that just wouldn’t go down. Only after visiting a few different hospitals and a blood test that had to be sent to another state, did Swapnil and Pooja find out that their little boy had Acute Lymphoblastic Leukemia – blood cancer. At the age of 3.
Not having a big enough hospital in their small town, Swapnil and Pooja had taken their child to another nearby town. The first hospital they went to quoted too high a price for these parents. They had tried coming up with the money, but when they failed, they took him to another hospital. It was here that little Shivraj’s chemotherapy had started, and where shortly into his treatment he developed the infection that required them to use up all the money they had.

“We didn’t have a choice. We had begged and borrowed every rupee of that money, but we ended up just giving them all of it because they were refusing to continue his chemotherapy. The longer we argued with them, the more my boy’s treatment was getting delayed. Once my son was back in my arms, we took him back to that first hospital. But they refused to treat him, because his chemotherapy had already started somewhere else.”
– Swapnil

Finally, the desperate family found MCGM Hospital, who not only agreed to treat little Shivraj after listening to his parents’ heart-breaking story, they also offered a discount. But even with the reduced cost, Swapnil is still struggling to come up with the money. Most of the money that had gone into Shivraj’s first chemotherapy treatment had been loans from Swapnil’s friends and family, and the rest were the couple’s own savings.

“We’ve never felt this helpless before. Our families don’t have any more money to give us, and we don’t have any money of our own anymore. My husband lost his job as a shopkeeper because he was by our son's side 24x7, and we're just living day to day now. And every day that goes by, it feels like we’re letting our son get closer and closer to death…”
– Pooja, mother

In this time of distress, you are little Shivraj’s only hope. Please donate as much as you can, and help save his life.