1-Year-Old Hit By Severe Seizures Could Lose Battle For Life Against Dangerous Brain Tumour | Milaap
Receive tax benefits by donating to this cause. 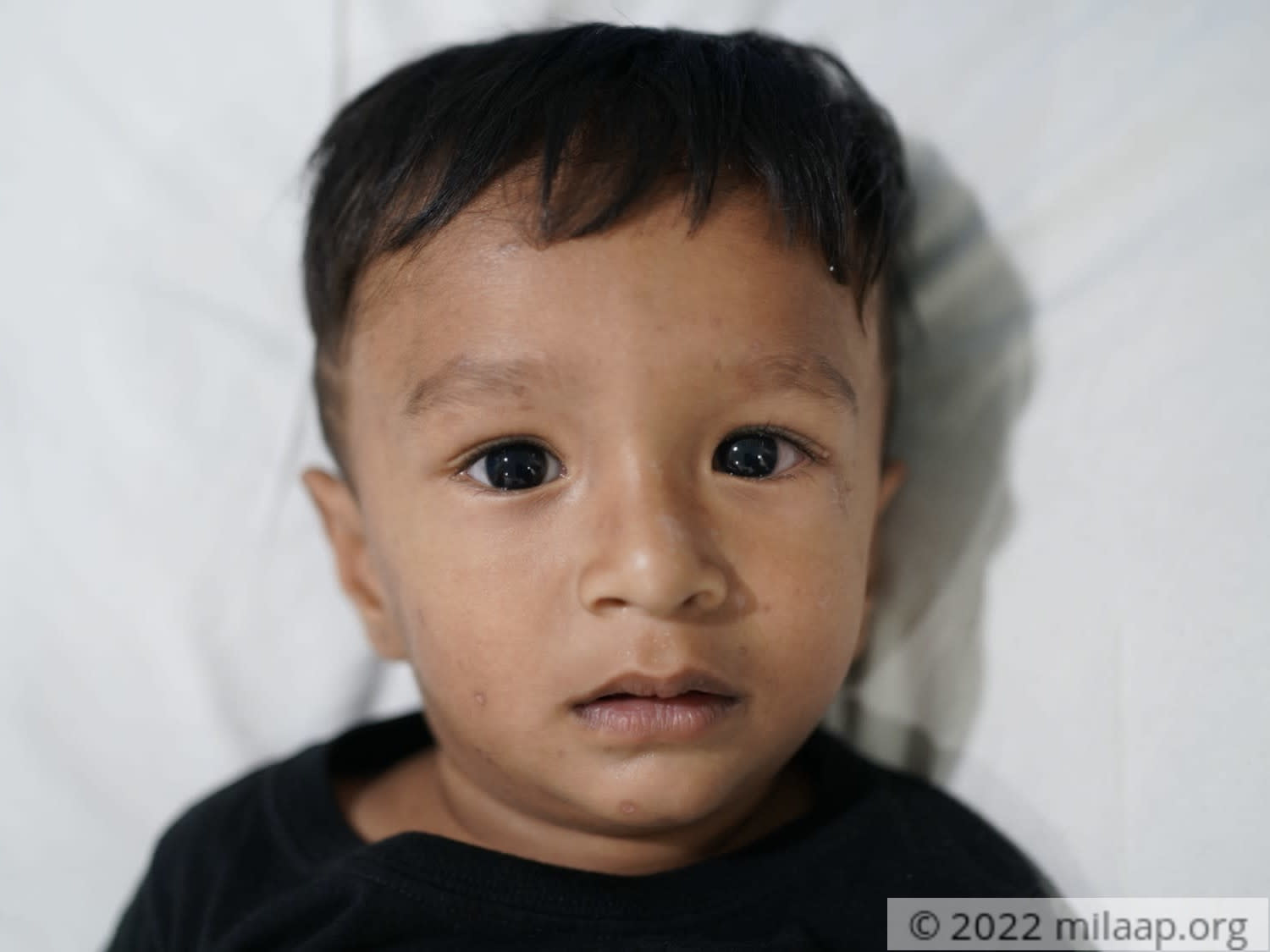 “On a day just like any other, my son and I had been alone at home, after my husband and mother-in-law had gone to work. I had been cooking, while Shiven was at my feet, playing. I was talking to him as he babbled along, when he suddenly stopped moving and fell to the floor. His whole body trembled wildly and I just couldn’t understand what was happening. Had I known back then that these were all symptoms of his tumour, maybe I could’ve done something sooner…” - Priyanka, mother

A severe seizure led to the discovery of his brain tumour

Little Shiven had been displaying symptoms of a brain tumour, unbeknownst to his parents, for the past 2 weeks. He had frequent vomiting and dizzy spells, along with mild fits, that went unnoticed. But on 17 March, following a severe seizure, the 1-year-old was rushed to a local hospital in Lakhni Bandhara, Maharashtra.

“It never occurred to me that his frequent vomiting could have been because of something so serious — until I got the dreaded phone call from my wife when I was at work. She was screaming hysterically about our son falling unconscious and I dropped everything I was doing to rush to the hospital.” - Rahul, father

At the hospital, a CT scan was able to detect a tumour in a rather delicate part of Shiven’s brain. His parents were then advised to take him to a specialty hospital, as the current one wasn’t equipped to treat him. Wasting no time, Priyanka and Rahul headed to Nagpur, with every last rupee they had on hand, seeking treatment for their son.

There, Shiven was diagnosed with left cerebellopontine angle tumour (CPA), which occurs between the lower part of the brain (cerebellum) and the pons, near the brainstem. While the tumour is benign, it can cause nerve damage and compress the brain stem if left untreated. Shiven needs a major brain surgery, on an urgent basis, without which his condition could progressively deteriorate and endanger his life.

Only a poor farm labour, affording his son’s surgery is beyond his means

Rahul and Priyanka are a young couple who depend on farming to get by. Rahul works as a labourer on other people’s farms, alongside his mother, while Priyanka is a homemaker. On a good day, Rahul is able to make anywhere between INR 200 and INR 500. On other days, the family is forced to make do with the little they have, or go to bed on an empty stomach. Not only do they not have a stable income, but they also don’t have a proper roof over their heads.

“We’ve struggled to make ends meet, but we’ve led a happy life. Yet, right now, I wish with all my heart that I had a little more money - just enough to save my child. But I know it is impossible for a poor man like me. I am afraid that if I can’t afford this surgery, I could lose my child.” - Rahul

“We don’t have a place to stay, and have to resort to sleeping on the floor outside our son’s hospital room. Approaching our relatives was also in vain, because they too aren’t in the financial position to help us. The best they could do was send us home-cooked meals at the hospital. We don’t have any valuable assets, nor can we avail any loans, as we have nothing to mortgage. Our son’s life depends on this surgery, but we have no money for it…” - Priyanka

These parents have spent everything they had, yet they are short on INR 16 lakhs for their son’s surgery. Now they’re at your mercy, and are hoping you can help. Click here to donate and save Shiven.
SH
Patient Shiven Hemne is 2 years old, living in Bhandara, Maharashtra
NC
Being treated in Nelson Children Hospital, Nagpur, Maharashtra