Deadly Brain Infection Paralysed 7-Year-Old With Weak Heart, Without Help He Will Not Survive | Milaap
Receive tax benefits by donating to this cause.

Deadly Brain Infection Paralysed 7-Year-Old With Weak Heart, Without Help He Will Not Survive 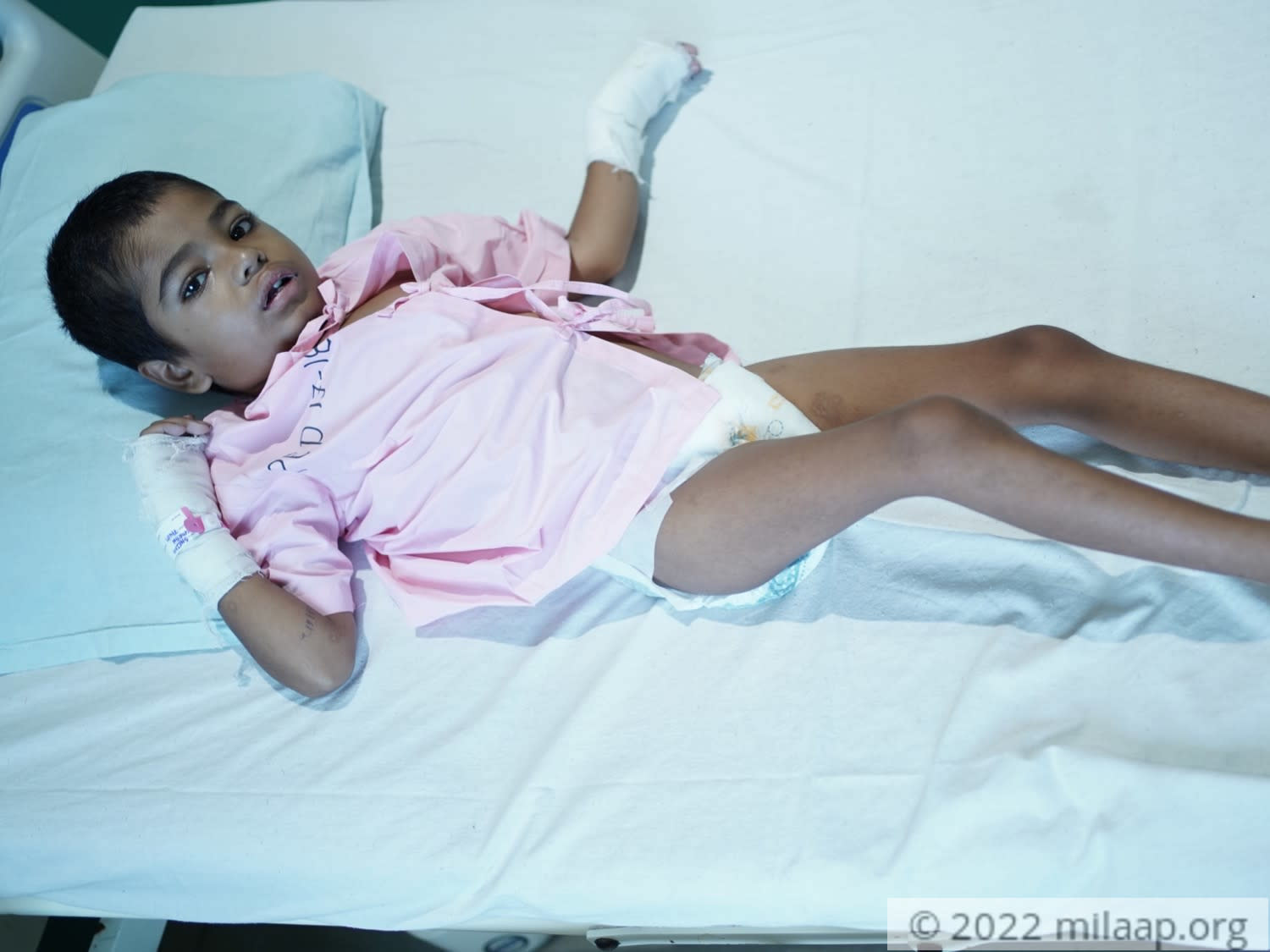 “He already was a heart patient. And now, his brain has also been affected, and it is slowly killing him. My child has not known anything except suffering since his birth. We are praying and that’s all we can do now. I don’t know how much longer he can hold on like this.” - Ruksana, mother

A deadly infection has led to pus formation in 7-year-old’s Sheikh Imran’s brain. He can only blink his eyes and lie down in one position. His parents need to keep moving him in different positions on the bed to prevent bed sores from forming on his back. He is suffering, and without continued treatment, there is no chance of him coming back to normal life. Worse still, he could even lose his life.

When Imran was a baby, his parents Mohammed and Ruksana noticed that he turned blue regularly and could not suckle milk at a stretch like normal babies his age. Over time, they realised that he was not growing well either. After many tests and scans, they found out that he had a huge hole in his heart and needed surgery. But they kept delaying the surgery as they did not have enough funds. And two months ago, something shocking happened.

“Imran was playing at home with his siblings when he fell unconscious. Then the entire left side of his body became paralysed. We could not understand what was happening. Today, he is moving his left arm and leg a bit… but it is not like before. He never used to eat solid food anyway because of his heart condition, but today he is not able to eat anything at all.” - Ruksana, tearfully

His poor parents need your urgent help to save him

Mohammed is the only breadwinner of his 6-member family, and works as a butcher in a small shop in their hometown of Ajilabad, Maharashtra. Imran is the youngest of Mohammed and Ruksana's 4 children. As Imran was always sick, he was pampered by his family. But now, their house has befallen dark times ever since his condition worsened so drastically.

“With great difficulty, we got him admitted to a good hospital in the hopes of saving his life. We begged and borrowed some money to get the initial phase of his treatment started. Now we are left with nothing. Please help us.” - Ruksana