Auto-Driver's Wife Can't Imagine Life Without Their Daughter, But She's Dying In Their Arms | Milaap

Auto-Driver's Wife Can't Imagine Life Without Their Daughter, But She's Dying In Their Arms 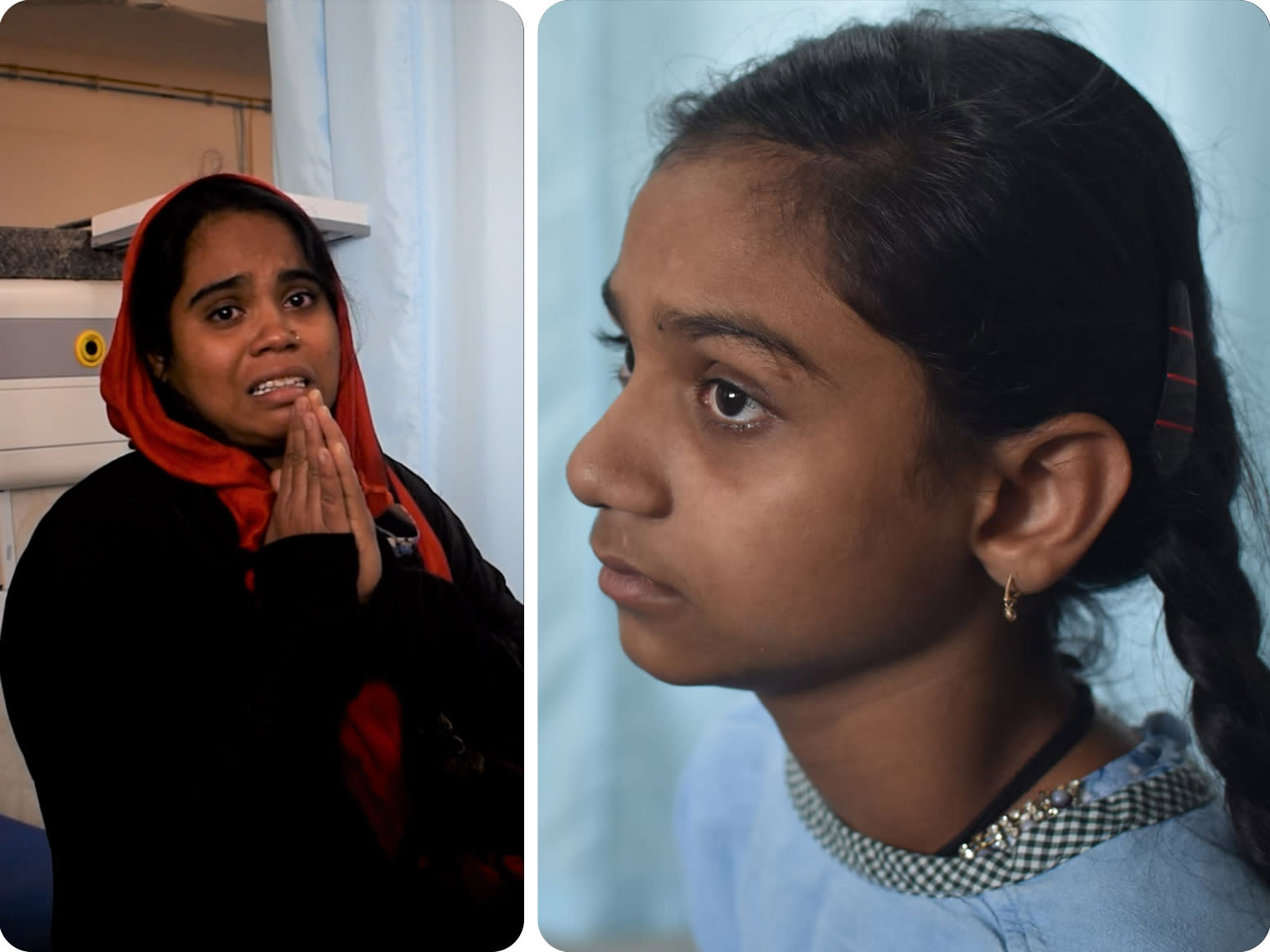 "I feel like our whole world is falling apart. My daughter is dying, my wife is inconsolable, and I’m more helpless than I’ve ever been in my life! Neither of them sleep anymore; my daughter because of her illness, and my wife keeps having nightmares. She hasn't eaten anything in weeks either because she's so tense!
Every time I look at either of them my heart breaks. But I’m just an auto-driver... I’m in no position to help either of them, and the guilt just...” — Dadapeer, unable to continue

Gijini and her dad, Dadapeer
In late 2019, little Gijini developed dengue fever. It had been a trying time for her family, made worse by the fact that her condition refused to improve despite all standard medicines and medical care at their local hospital.

“Even the doctor had been confused. For weeks she lay there on that hospital bed, each day her condition worse than the last. At one point... At one point the doctor even said she was going to die because they couldn’t figure out what was making her so sick. That’s the first time I had to imagine a world without my daughter in it! As a mother, nothing makes my heart ache more than the fact that it wasn’t the last time either...” — Sabiya, breaking into tears

She’d been dying from the moment she was born

A day after the doctor said she was about to die, Dadapeer and Sabiya were asked to take her to a big city hospital, and that’s where extensive blood tests revealed the truth. Their daughter was born with a rare blood disease called Fanconi Anemia, and she’d been dying from the moment she was born. The dengue only brought it to light.

“It felt like the world shifted beneath our feet. Her whole life Gijini had been a rather frail and inactive girl, but we never imagined it was because of something like this! Like every other child she’d been to a doctor multiple times over the years, but no one ever gave us any cause for alarm! Now I wonder if things would’ve been different had we known sooner...” — Sabiya

When Dadapeer found out about his daughter’s condition, he vowed to do everything within his power to gather enough money for the only thing that could save her life: a stem cell transplant. But as an auto driver, his earnings were limited as is, and then the pandemic happened.

“Every single day that I couldn’t go out, couldn’t earn even ten or twenty rupees that I could use to buy her at least an ice-cream, felt like torture. I could see her wither away right in front of my eyes and I wasn’t able to do anything!” — Dadapeer

Only a miracle can save her now; you can be that miracle

Gijini’s condition now is such that she needs the transplant in days, not months or years. Without it, this little girl’s family will have to say goodbye to her. But try as he might, Dadapeer simply cannot put together 20+ lakhs in time.
You can be this little girl's miracle. Click here to donate, and save her life.
SM
Patient Shaik Mama Gijini is 10 years old, living in Bengaluru, Karnataka
SJ
Being treated in St John's Medical College Hospital, Bengaluru, Karnataka