The Sole Breadwinner Of The Family, This Mother Is Struggling To Save Her Only Child’s Life | Milaap
loans added to your basket
Total : 0
Pay Now

You are sending a message to
Arindam Deb
Go back

The Sole Breadwinner Of The Family, This Mother Is Struggling To Save Her Only Child’s Life 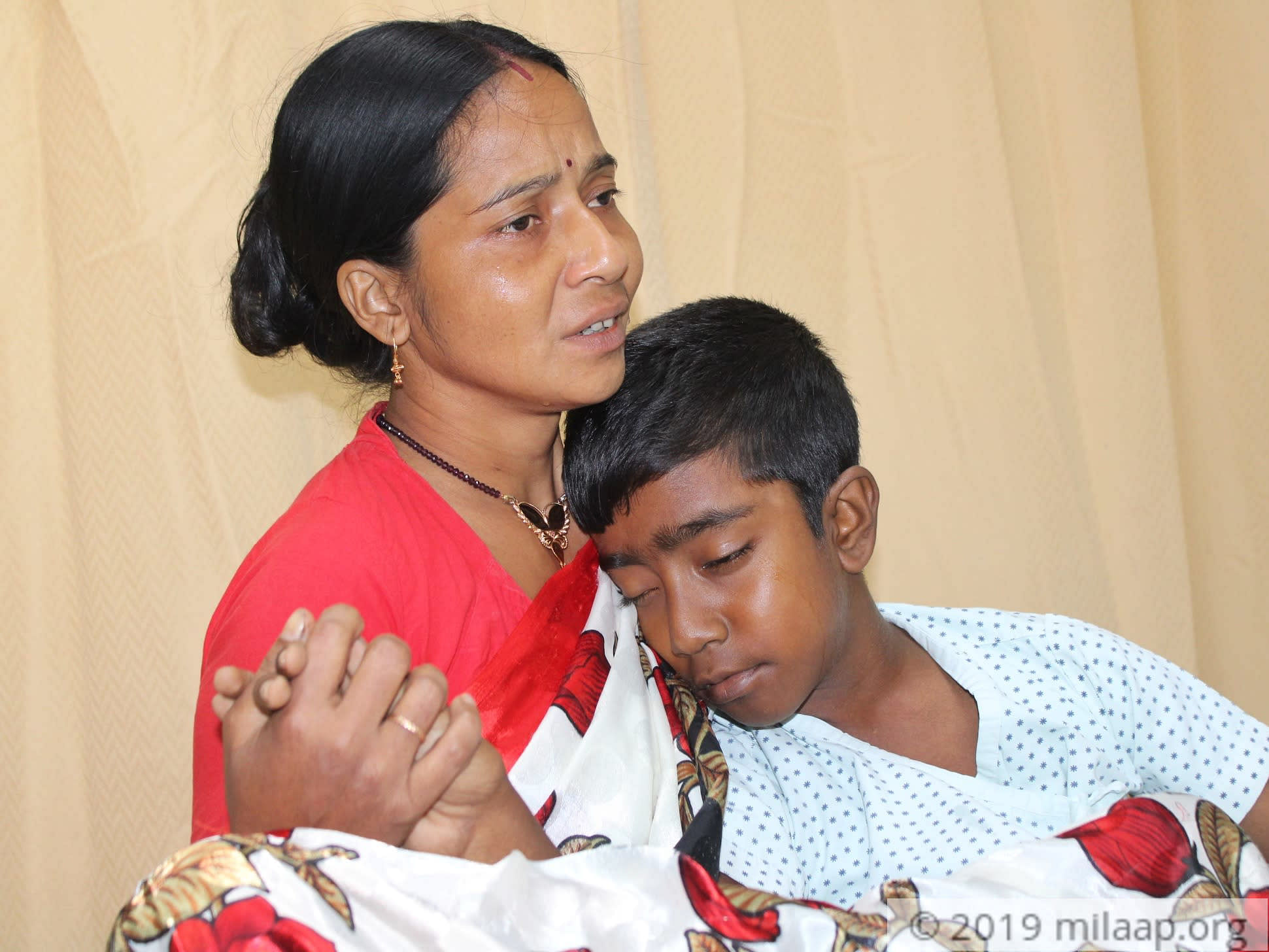 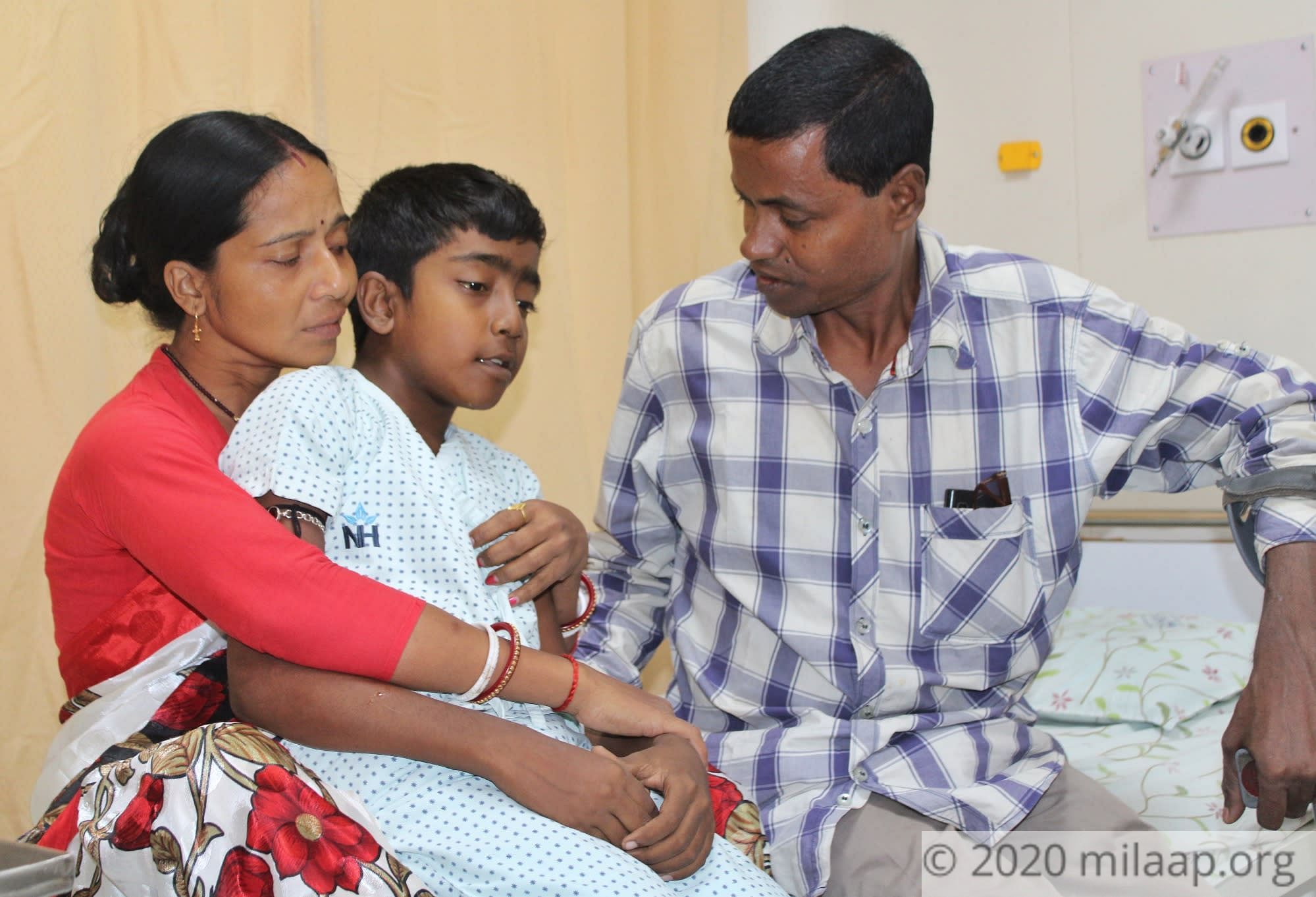 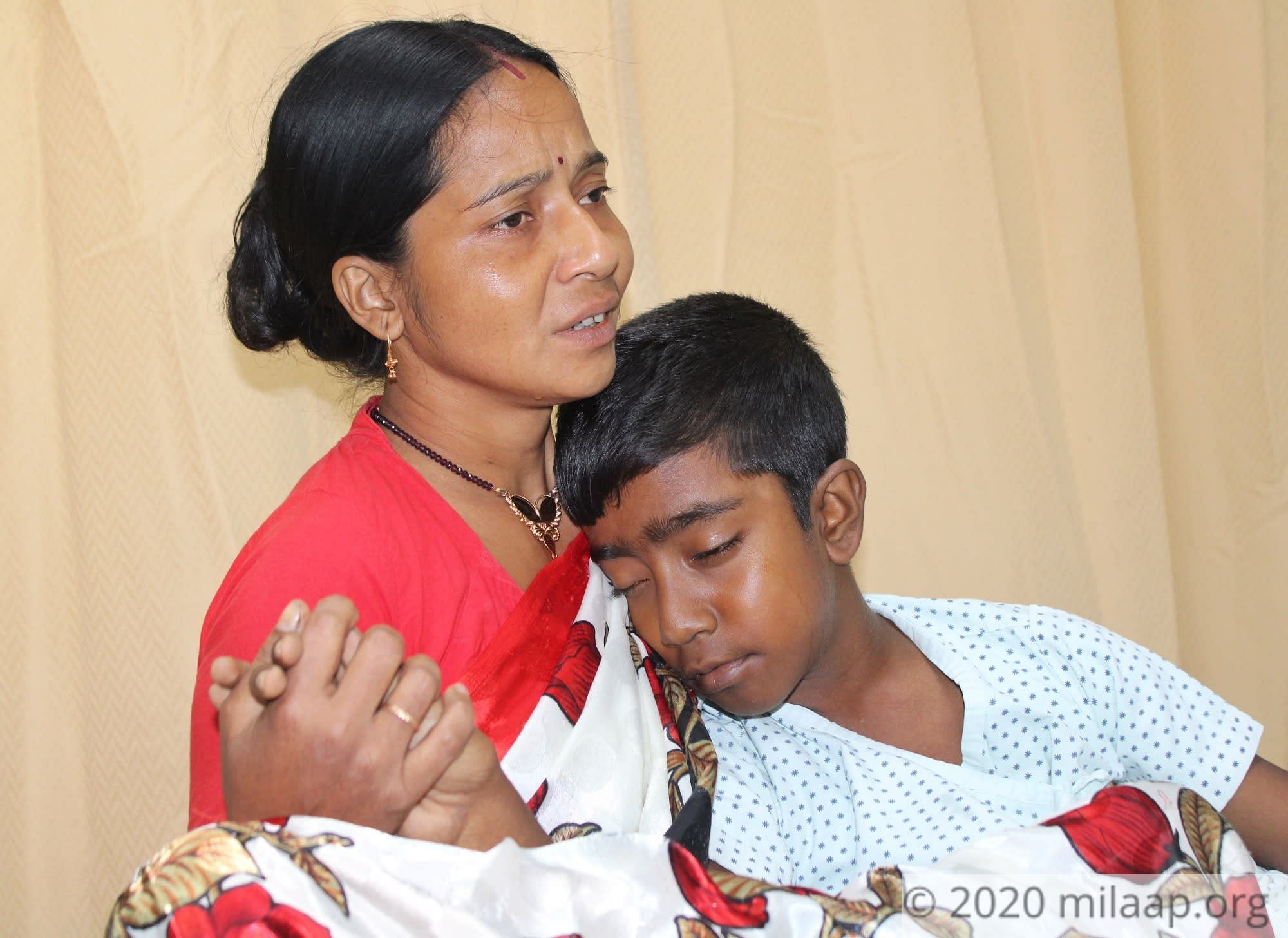 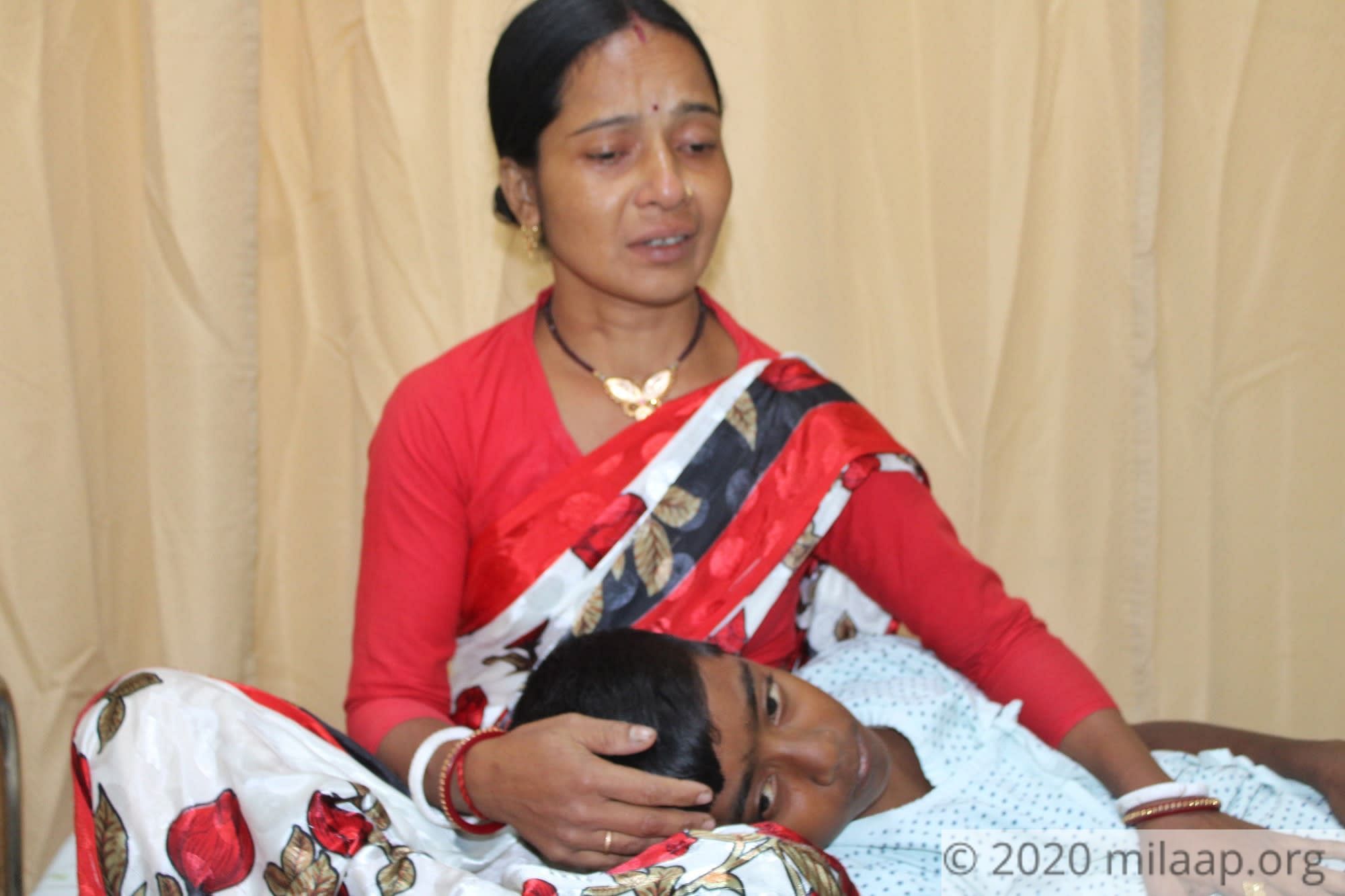 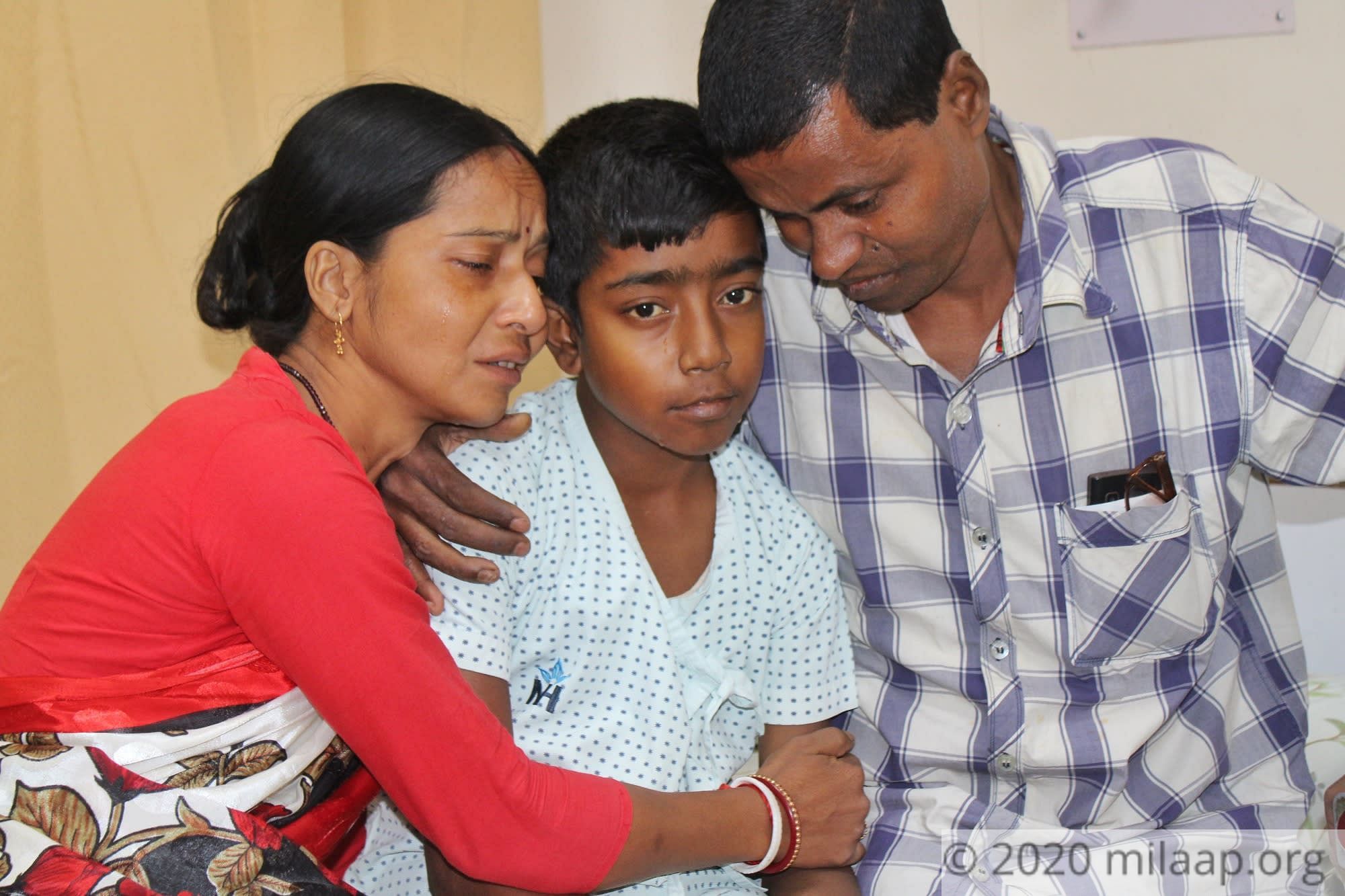 Share on facebook
It was the month of Durga Puja and little Sayan was very excited to wear new clothes and enjoy with his friends. But just when he was about to go out, Sayan felt a sharp pain in his chest.

“He fell down, unable to breathe. With one hand on his chest, he kept gasping for breath. It was a horrible sight and we were so scared. We immediately took him to the hospital. Since then, I've been trying my best to save him from this disease. I also have to take care of my disabled husband. I'm trying to do it all on my own, but I just can't.” - Aparna, mother.

Two months ago, Ajit and Aparna could never imagine the way their life would change. They got to know that their only child, Sayan is suffering from kidney disease. His disease is at a stage that only a transplant can save him. But these helpless parents don’t even have the money to buy Sayan’s medicines. They don’t know how they can save their son.


A few tests later, the worried parents were told that their son’s kidneys are giving up on him.

He doesn’t want to leave the house now, he fears it might kill him

Since the day this teenager has got to know about his disease, he is terrified that he will die. He is weak and most of the time thirsty. But he knows that he is not allowed more than a few sips. He keeps asking his parents if he will ever be fine.

“What do I tell him? How can I tell him that we don’t have the money to afford his treatment - the only treatment that can save him?” - Ajit, father.

A near-fatal accident has left Ajit handicapped. He needs to support to walk, he can’t walk very fast. He was driving an auto a few months ago but then his health gave up on him. Now the only earning member in the family in Aparna.

“I cook for 10 families, I take on as much work as I can. But I need to stay at home to take care of Sayan too. I am managing somehow, we have spent almost a lakh for his treatment,” - Aparna.

Sayan’s parents are struggling to afford 10 lakhs that they need for the transplant. There’s no way they can arrange so much without your help. 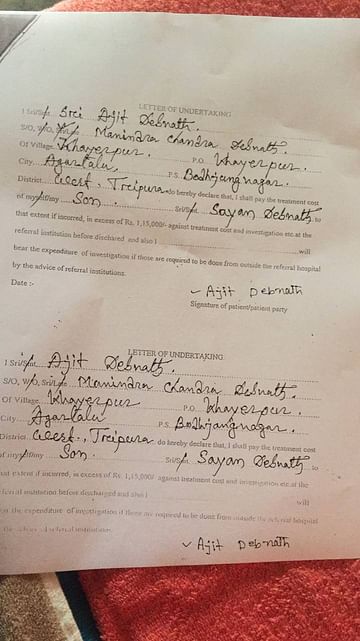 Click here to know more about Sayan Debnath
Donate now
OR
Click here to read the instructions before you make a bank transfer.