She Hasn't Opened Her Eyes In The 2 Months She's Been Alive, Her Parents Fear She Might Never | Milaap
loans added to your basket
Total : 0
Pay Now

She Hasn't Opened Her Eyes In The 2 Months She's Been Alive, Her Parents Fear She Might Never 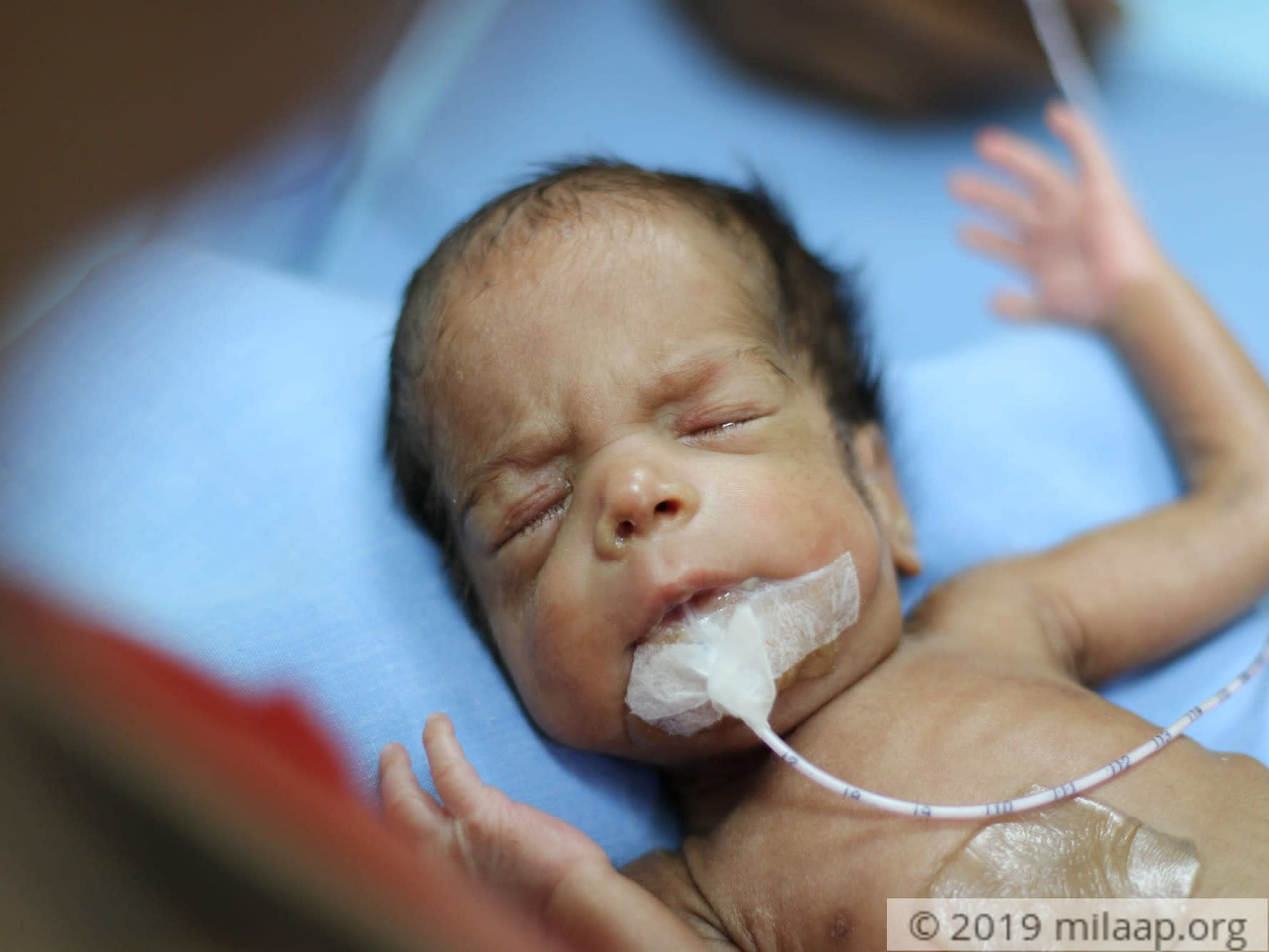 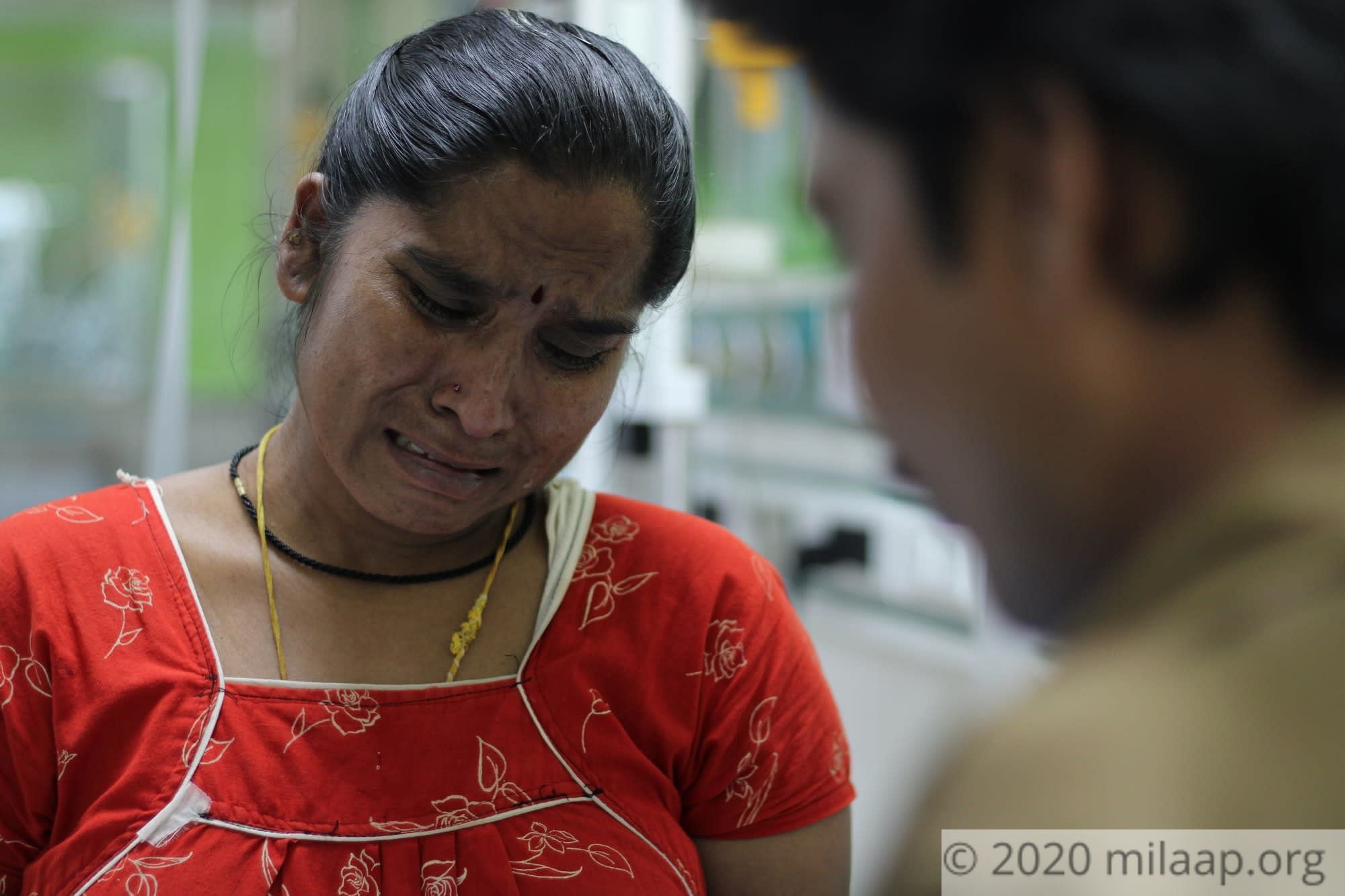 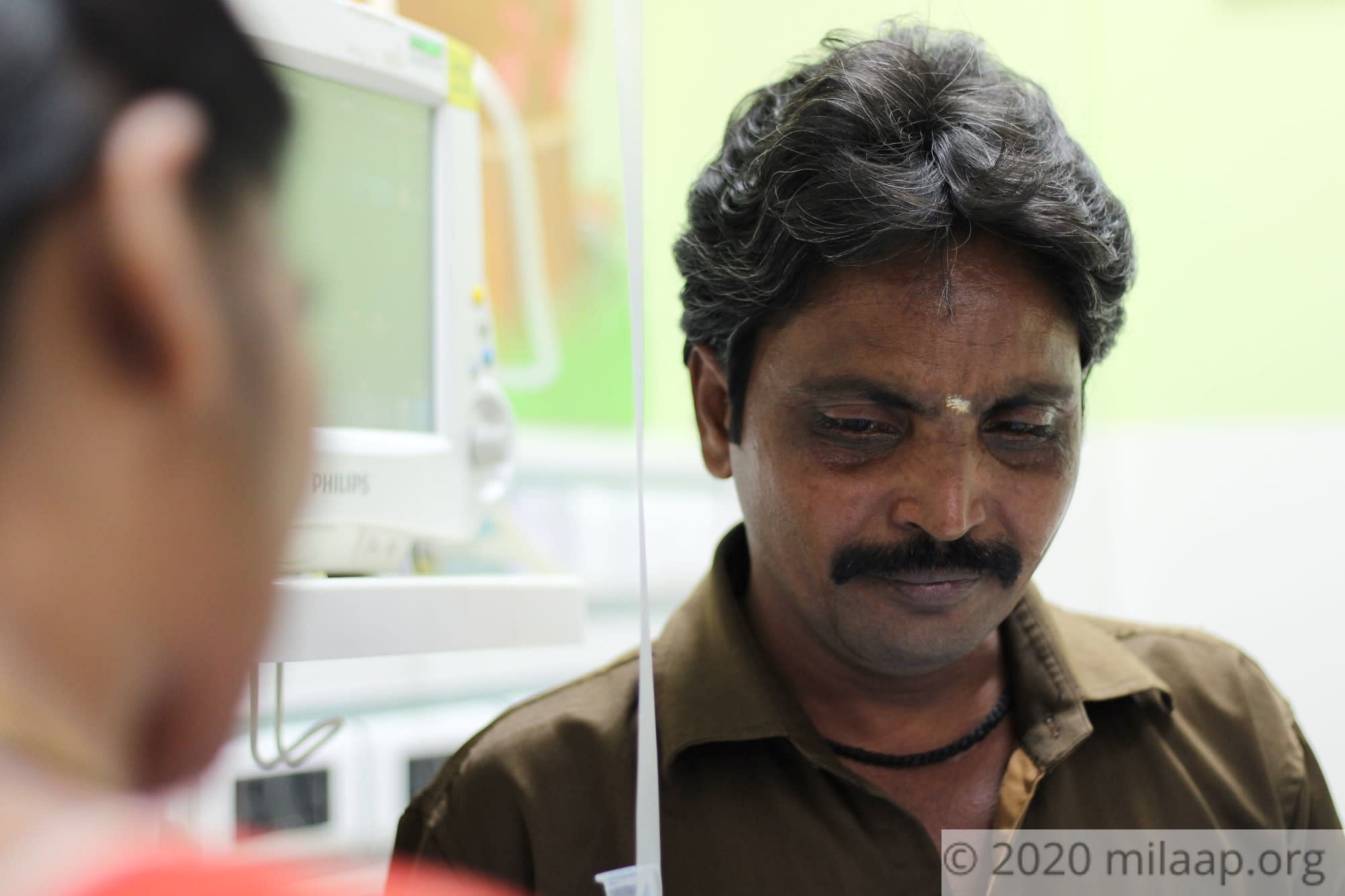 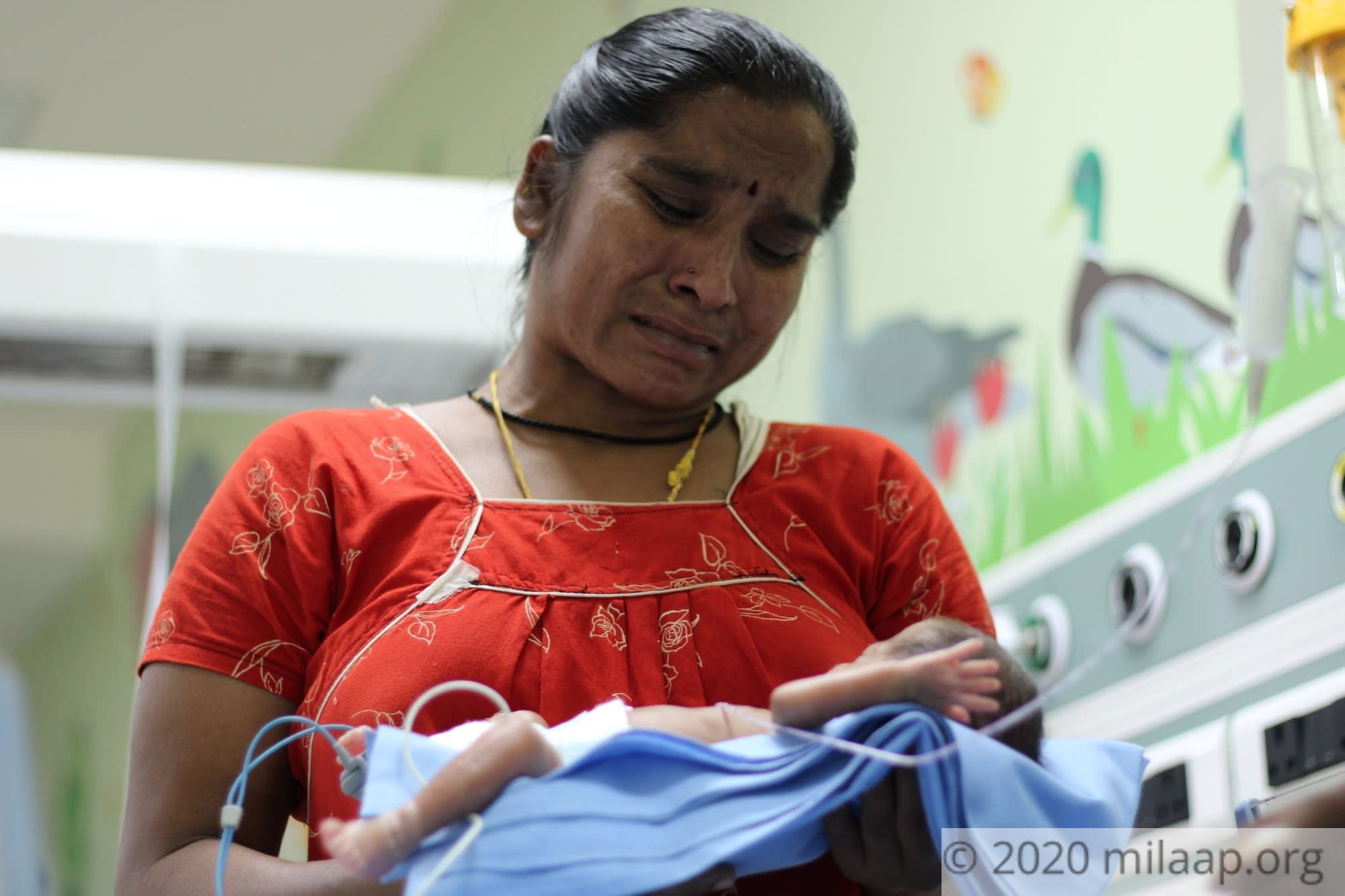 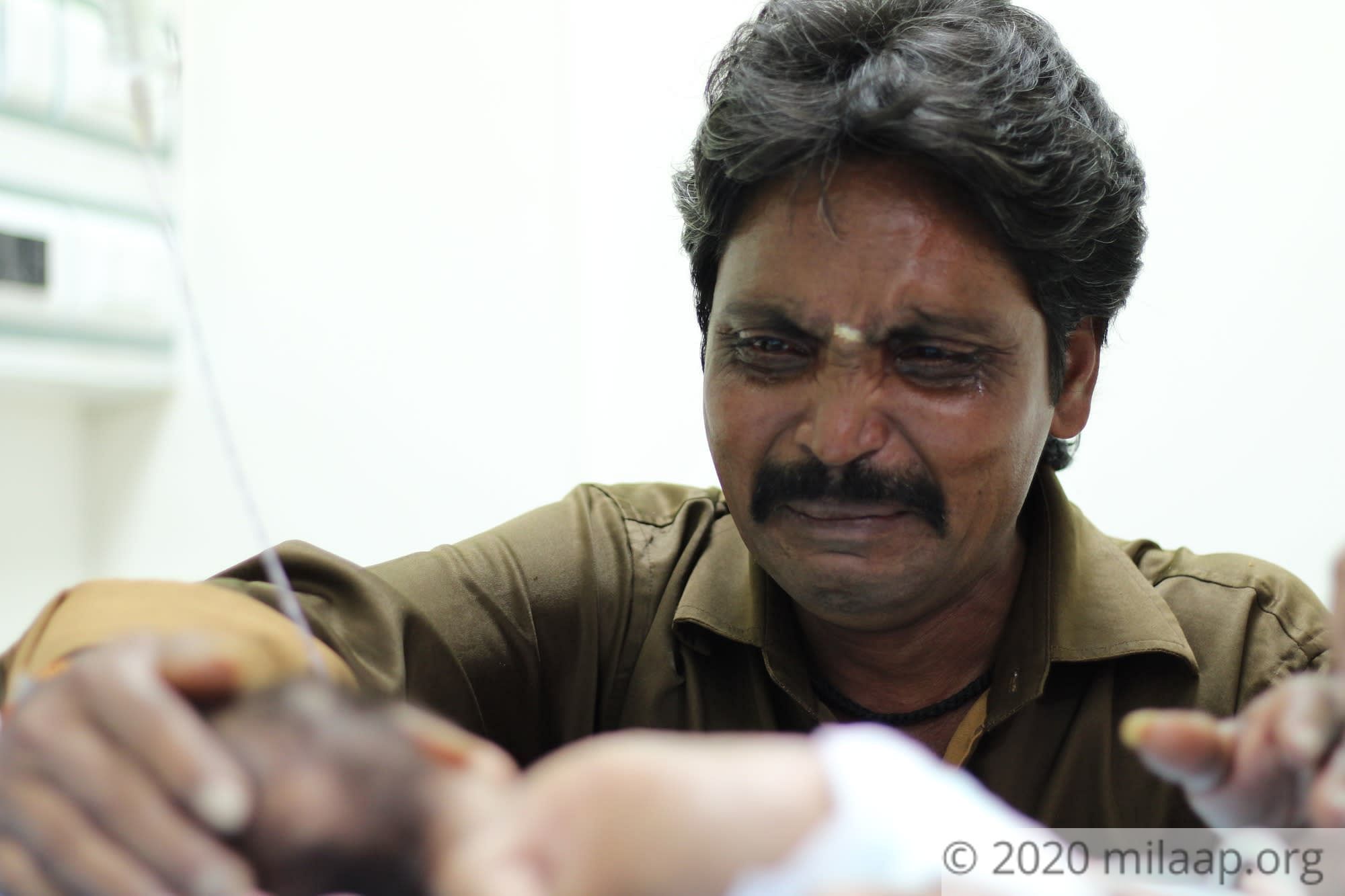 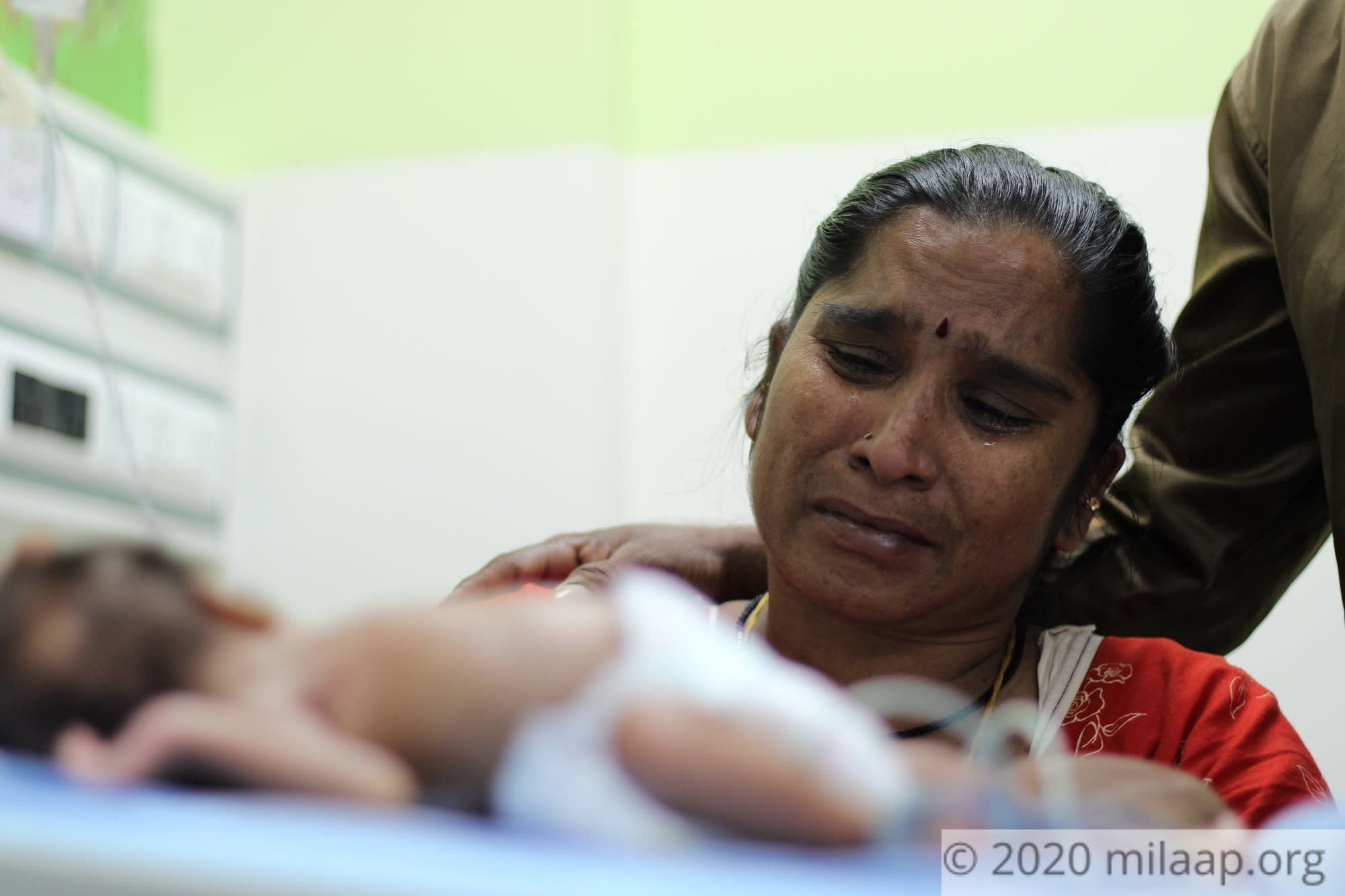 Share on facebook
My twins were born premature. The older one was healthy, while the younger one was too frail. The doctor said that in all likelihood only the older one would survive, but she passed away a few weeks ago!
Now I’m terrified! If my older, healthier, daughter could die so easily, my younger one could leave me any second.
Every moment that she doesn’t get treatment that she needs, it... it becomes more and more likely that she...
- Varalakshmi, breaking down
Varalakshmi and Nagarajan got married 15 years ago, and have been trying to have children of their own ever since. Varalakshmi got pregnant briefly in the 3rd year of their marriage, but it unfortunately ended in a miscarriage. It had been a terrible time for the couple, but they kept their hopes up and kept trying. They even tried fertility treatments for a long time. Then, finally, early this year. Varalakshmi got pregnant again.

He earned just twice a year as a farmer, and spent all that money on fertility treatments

“ I’m a farmer... I don’t make much money at all. With my farm, I get to harvest and sell my crops twice a year. And for the past 10 years, without fail, nearly all the money I made has gone into our fertility treatments.  We’ve just wanted a child of our own so badly. Now, after all this time, we finally had not one child but two. We’ve already lost one of them, we can’t lose the other...”
- Nagarajan

Their last chance at happiness lies walled away in an ICU, struggling to survive

Because of her preterm condition, this little baby’s internal organs are barely developed. Her lungs are too small for her to take painless breaths, her digestive system is too small for her to eat and grow healthy, and poor tiny heart struggles with each beat to keep beating. She is literally too small to survive in this world without some help. She needs intensive care and medical support for at least a few more weeks for her to get to a healthy weight and state.

It’s been two months, and their precious little daughter hasn’t even opened her eyes

“We don’t know what to do. How are we going to save our daughter?! My husband already sold his land when our twins were born, to afford their treatment. But that money has run out now, and one of our babies has already died. The other one is so weak that she hasn’t even been able to open her eyes yet. It’s been two months! I keep thinking... what if she leaves us too, before getting to see the world she was born into?”
- Varalakshmi, breaking into tears

This couple is desperate. All they want is to be able to go home with their daughter, but their financial condition is holding them back. This child may die because her parents are too poor. Only you can help them now, by contributing as much as you can.

Click here to know more about Baby of Varlaskshmi
Donate now
OR
Click here to read the instructions before you make a bank transfer.

My Prayers to her

Do not worry! You baby will survive.....keep faith

Donated to this campaign via Paytm? Click here if you can’t find your donation listed below.
K
Kalaivani donated Rs.7,500

My Prayers to her

Do not worry! You baby will survive.....keep faith

Dont worry. The baby will be fine and healthy

Pray and have faith in god. She will get well soon.

May Allah you with good health and a very happy life