With Each Attack, This 1-year Old's Condition Is Slowly Destroying More And More Of His Mind | Milaap
Receive tax benefits by donating to this cause.

With Each Attack, This 1-year Old's Condition Is Slowly Destroying More And More Of His Mind 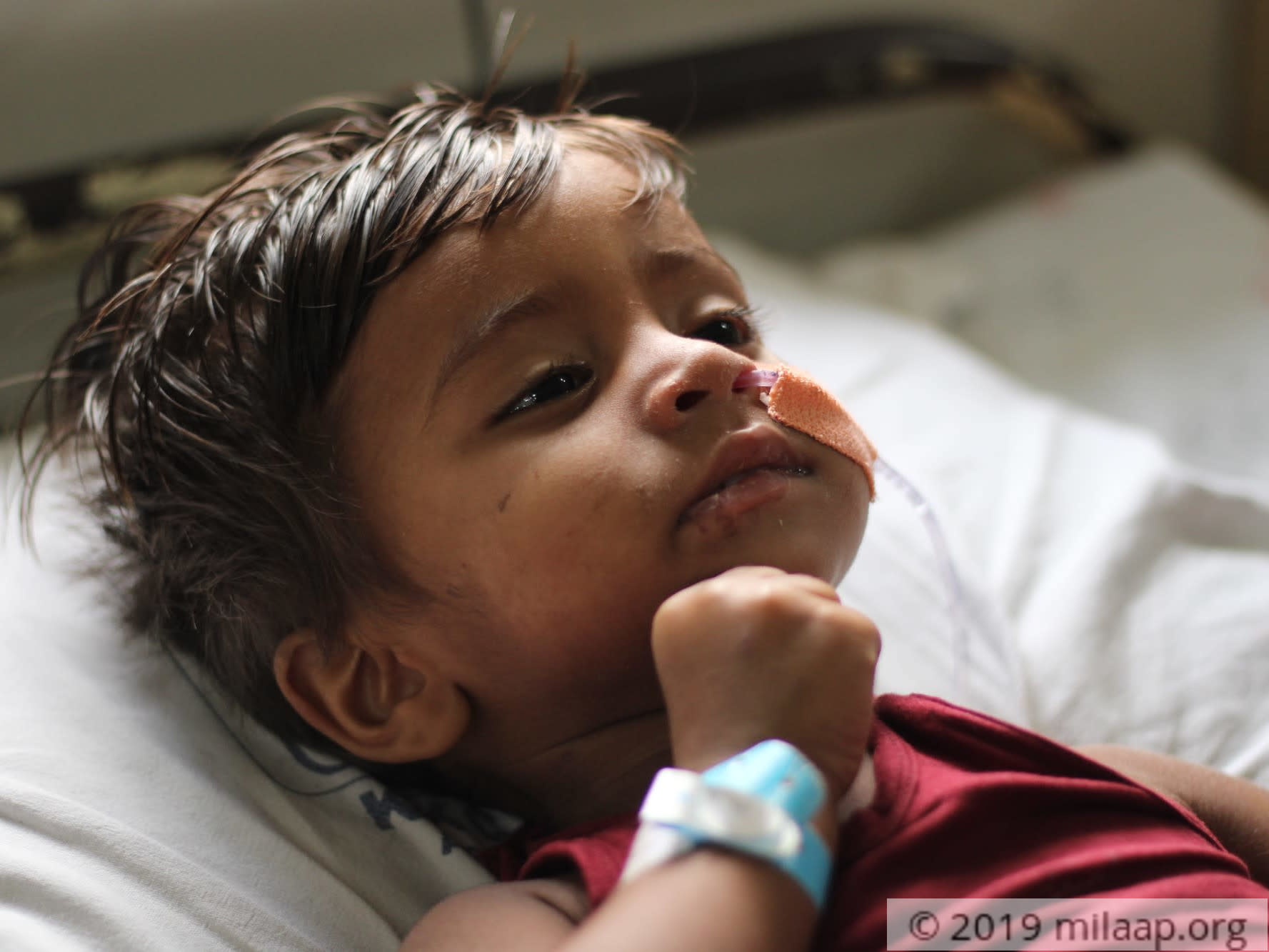 Share
“The first time it happened we were on a bus, on our way to the hospital. He was talking excitedly about random things despite his fever, and I was counting how much money I had in my wallet hoping it was enough. Then all of a sudden, in the middle of a sentence… his head slumped backwards, his jaw fell open, and within seconds he started twitching and jerking. I panicked and shouted his name, shaking his shoulder. But even though his eyes were open and staring at me… it was like my son wasn’t in there anymore.”
– Sri Hari, father of Sathvik (1)

Sri Hari is a barber in his small village, and works all day every day to support his small family. He had just come home one day when his wife told him that little Sathvik was burning up. It was the next morning, while Sri Hari was taking him to the nearby town, when Sathvik had his first episode of total loss of control over his body. It was a terrifying experience for his father, who didn’t understand what was happening.

“I took him to three doctors in the nearby town, but none of them were able to tell me what was happening. They did test after test, and prescribed all kinds of medicines, saying ‘Trust me’, ‘he’ll be fine in 3 days’, or ‘a week’, or ‘10 days’… but my poor son suffered for a month while I tried every remedy they suggested. I got fed up and ended up bringing him to Chennai. It’s here that the doctors were finally able to tell me that my little boy has a brain infection.”
– Sri Hari

Since that day in early August, little Sathvik has suffered such attacks nearly 30 times… and each time it takes more and more of the little boy’s mind…

“The first few times, his face would go blank, he would stop in the middle of talking, and he would just slump over. Then he would start shaking. It would last for a minute or two, then he would wake up and not remember what just happened. But now… nowadays he’s always shaking and he can’t talk properly. When I call his name, half the time he doesn’t recognize it. The rest of the time he shakily turns his head towards me but his eyes… it’s like his eyes are seeing something else…”
– Priyanka, mother, breaking down

This family has already spent all the money they had and sold whatever they could, trying to treat their precious little son

And even though they’ve taken as many loans as they can, they need another 3 lakhs to fully cure him

You are their only hope now. Even if his illness doesn’t take his life, this family will still lose their son forever, without your help.