Grappling With Blood Cancer, This 9-Year Old Is Unware That It Can Even Take Her Life Away | Milaap
Receive tax benefits by donating to this cause.

Grappling With Blood Cancer, This 9-Year Old Is Unware That It Can Even Take Her Life Away 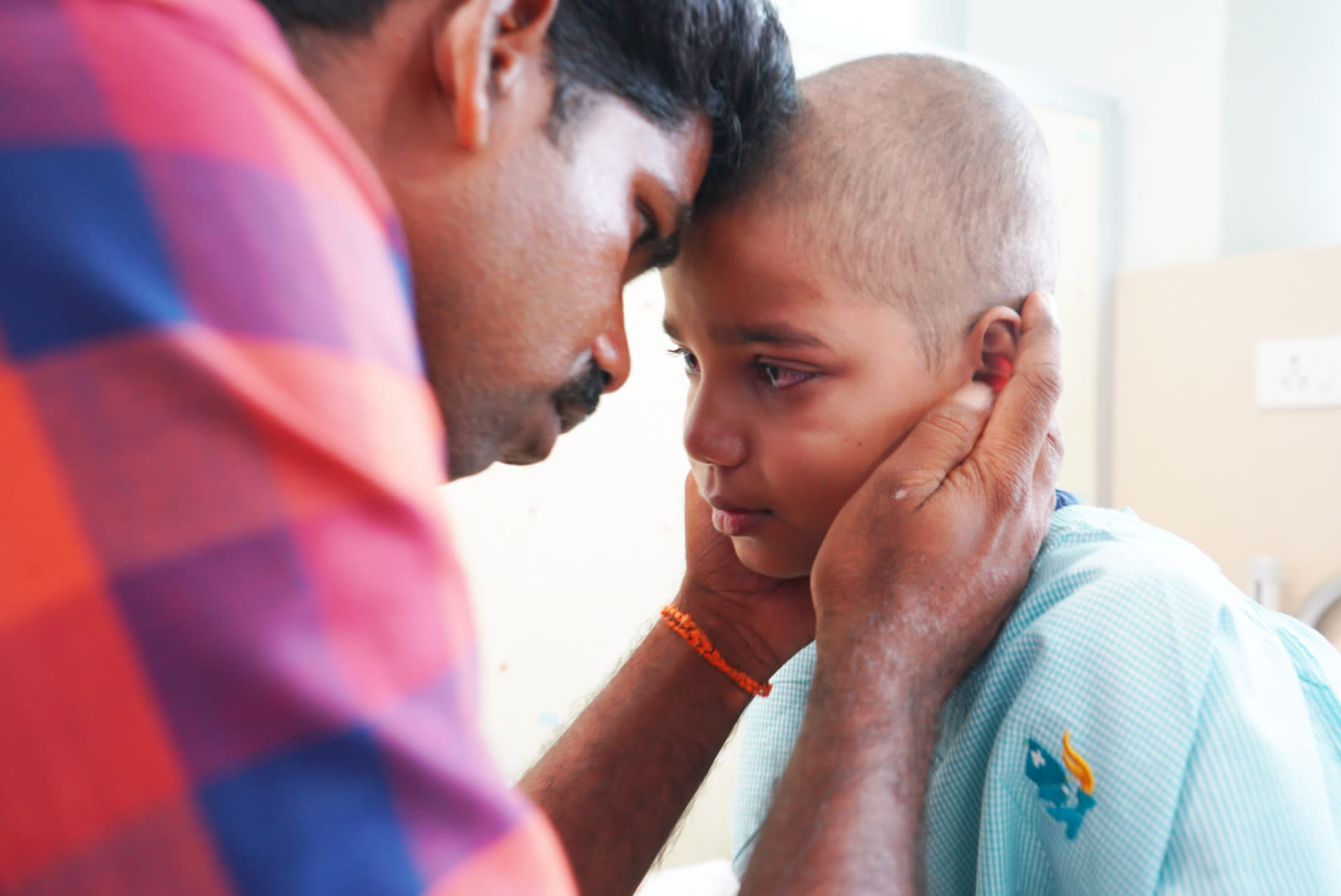 Share
6 months ago, when Kasturi and Sujumar returned home after a long day toiling in the fields, they were astonished to see their daughter's neck unusually swollen. As days passed by, little did these parents brace themselves for it to be the onset of their daughter's battle with Blood Cancer.

"Every time there was a local fair in our village, she would be the first one to jump with joy...but this time when her Appa asked her to come with him, she said that she can't walk because her legs hurt. Soon after that, rashes started appearing on her body and thinking it to be chicken pox, initially we gave her medicines as suggested by our local doctor. She would be fine for a few days but started losing weight drastically. We began worrying and decided to take her to a bigger hospital."- Kasturi, mother

Even after blood transfusions, her blood count would remain critically low

On every visit to the hospital, 9-year old Saranya was given units of blood along with medicines for critically low haemoglobin. She would appear fine for a day or two followed by recurring weakness. This went on for 3 to 5 months with no relief. Sujumar's elder brother's kids have Thalassemia and it soon occurred to him what if his daughter too had the same disease.

Immediately with all his savings, he came to Chennai for Saranya's treatment where they found out that she actually has Acute Lymphoblastic Leukemia, an aggressive form of Blood Cancer. She requires 6 months of Induction chemotherapy to prepare her body for further treatment, which can go up to 2 years.

Kasturi hasn't seen her husband and son for 2 months now

It's been 2 months now that Kasturi hasn't seen her husband and son because of Saranya's treatment in Chennai. Earlier, they used to travel for 300kms daily to and fro from their village to Chennai until the extensive travel took a toll on Saranya's health. Sujumar has begged for money in front of every person he knew and now there is no one left to help him out.

"For families like us, who survive on daily wages, even taking time to grieve about something is a luxury. Just minutes ago, this news devastated us but still my wife asked me to go back to the village and look for work else our children would starve. It terrifies me to even think of how my wife is handling everything on her own in such a big city but I'm helpless for leaving them alone in such crucial times."- Sujumar, father

Both, Sujumar and Kasturi, used to work in the fields because solely Sujumar's income was not enough to sustain their family. For them to even arrange their next meal is a struggle, only God knows how they will manage 20 lakhs on their own for Saranya's treatment.

"We are living in constant fear of losing my daughter. She had to discontinue school because of weakness and lost all her hair in a matter of a few days, makes me realize how fast this cancer is ravaging my little girl's body. Being alone in such a big city scares me but I keep consoling myself as this is the only way to save my child. But unless 20 lakhs are arranged, however much we try...it will not be enough to save her."- Kasturi, mother

Always bagging prizes for participating in cultural and sports events, Saranya had to discontinue her schooling because her feeble body was unable to handle it. Seeing her parents break down every time, she is aware that she is unwell but this 9-year old hardly knows that if her treatment is delayed further then cancer can take her life away too.