Copper Poisoning Has Affected Saptangshu's Liver And Will Soon Affect His Brain | Milaap
Receive tax benefits by donating to this cause. 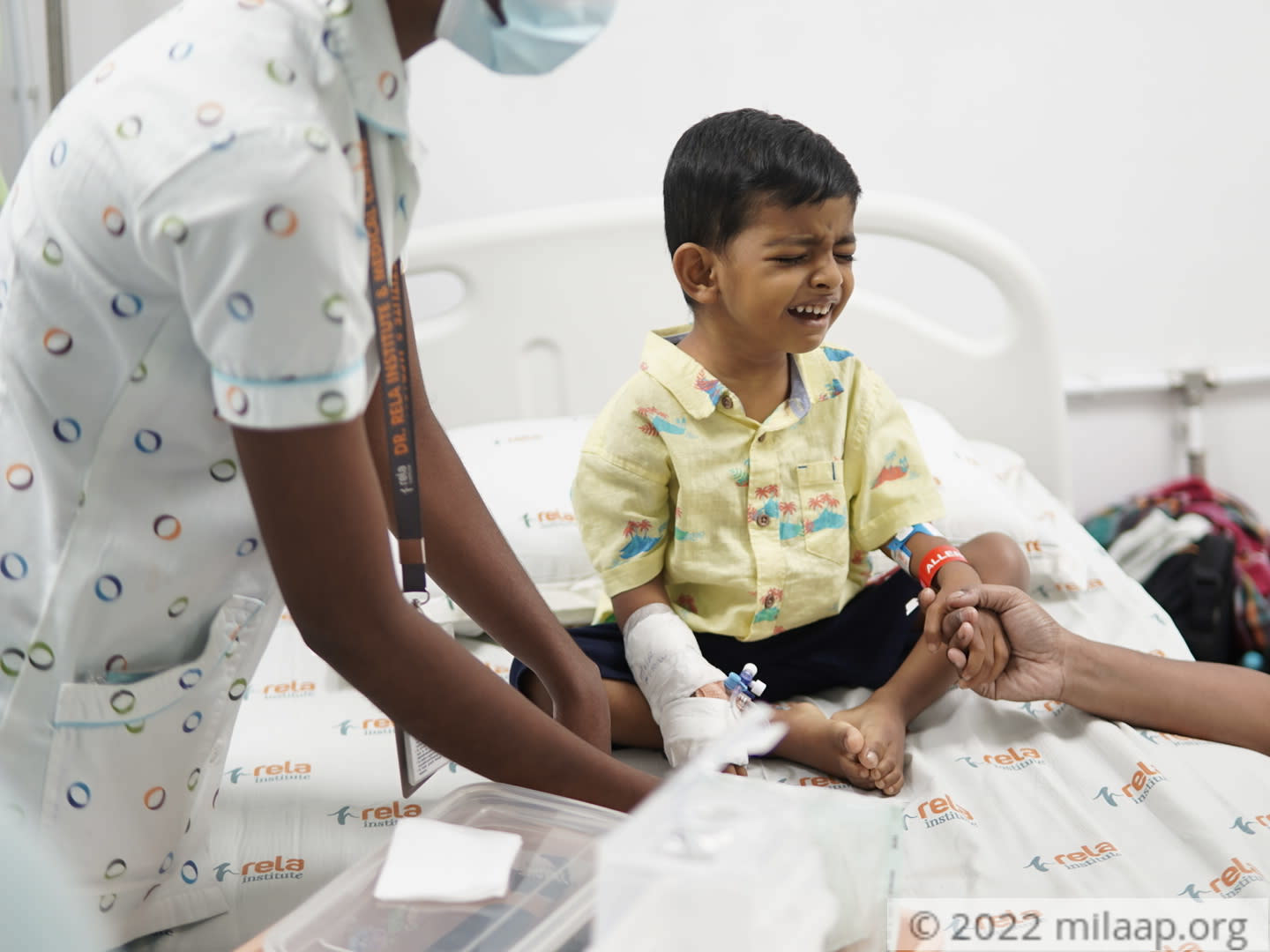 Share
Soma felt it was very unusual for her son, Saptangshu, to keep wetting his bed of late, considering he never did so when he was younger. Since he is just 3 years old, she let it pass and the family continued with their normal lives. But one day, she noticed his urine to be extremely dark, with white stool. Their local doctor had suspected an onset of jaundice, only to inform them a day later that his liver is heading towards a failure.

Saptangshu is suffering from acute liver failure, without any specific cause. However, his reports indicate that his body is unable to filter out the toxic metal deposits leading to copper poisoning in his body and infecting his liver completely. There have been traces of copper in his eyes too.

"We just can't wrap our heads around how within 24 hours, his liver just failed. How is it possible without any symptoms? We ran tests after tests, but we still don't know the reason behind his condition. Even the doctors are clueless about how my son's bilirubin levels suddenly shot up to a dangerous level, risking internal bleeding anytime now." - Soma, mother

It is hazardous for bilirubin to keep rising in our bodies as it can not only block the gall bladder but also create extreme pressure on the liver to function properly. For Saptangshu, it is 30 times the normal range which puts him in a high-risk category.

'Your child is on the verge of death, he will die the moment you step out of this hospital'

A child who wouldn't sit still for a minute, has now completely taken to bed with this disease. His movements are getting shaky and the sudden tremors he experiences have been worrying his parents to no end. With no option left, they decided to airlift him to Chennai from Kolkata in the middle of the night.

"We were hoping against hope after being told that my child doesn't have much time left, and if we even think of taking him out of the hospital, he will not survive another minute. His stomach was bulging and he was unable to swallow anything. The medicines somehow worked till we admitted him to the hospital here, only to be told that within a week if his transplant doesn't happen, his organs will start shutting down one after the other." - Saptarshi, father

Without an urgent transplant, copper poisoning will affect his brain soon

It takes a lot when, as parents, you want the best resources for your child but you are barely able to scrounge up for your own sustenance. Saptarshi and Soma are stuck in the same crossroad, where his factory wage job can hardly provide for the INR 22.5 lakhs that they desperately need for their son's transplant.

"Not only do I have any time left to get the funds but I'm terrified that through this delay, my son's body will give up this fight. His speech is fumbling and he is hardly in his senses anymore. I can hear him panting even when he is lying on the bed, without any activity. It's only a matter of time, now... He needs the transplant as soon as possible." - Soma, mother

As soon as he sees a nurse, Saptangshu starts screaming because he knows drawing more blood for his tests will make his tiny hands hurt and swell up. At this age, he is too young to process how he could succumb to his failing liver anytime. His only chance at survival is this liver transplant, which he can only undergo with your generosity.