Helpless Mother Sold Only Piece Of Land She Owned, But It Is Still Not Enough To Save 6-Year-Old From Blood Cancer | Milaap
Receive tax benefits by donating to this cause.

Helpless Mother Sold Only Piece Of Land She Owned, But It Is Still Not Enough To Save 6-Year-Old From Blood Cancer 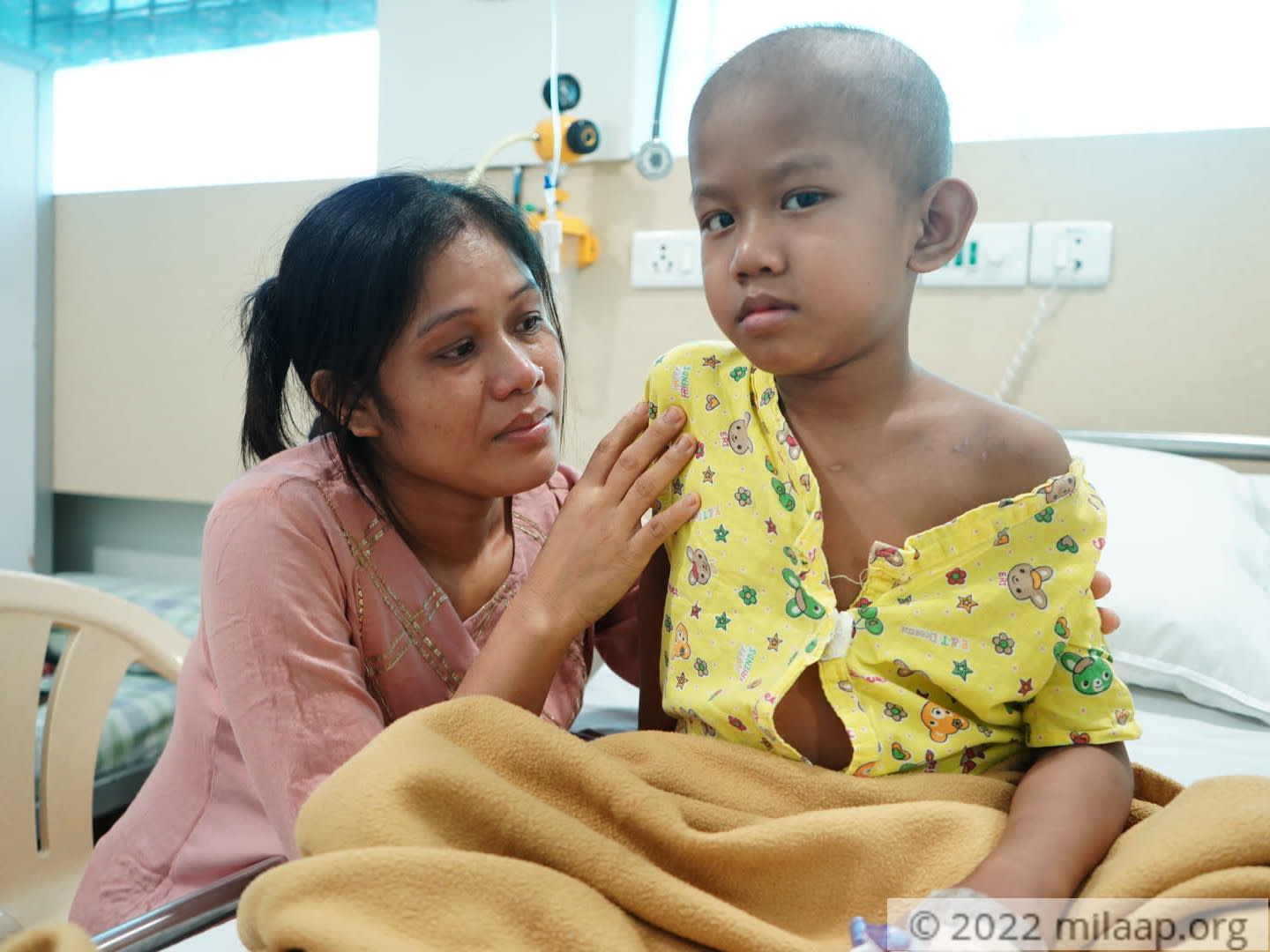 Share
6-year-old Santanu, unlike most other kids, knows that he is getting weak because of a disease. But neither does he want to know more about it, nor is he afraid of it. He plays with his toys most of the time, as his worried, helpless mother watches on. She knows that the consequences of not treating his cancer can be deadly – and she cannot even imagine losing her son.

“I had to sell the only piece of land we owned, and have come all the way from Tripura to Chennai to save my only child. But the funds have run out, and I have no other option but to ask you to help me in this difficult time.” - Seli Debbarma, mother

Santanu suffers from a form of blood cancer called acute myeloid leukemia in which abnormal (cancer) cells grow and multiply in the bone marrow and blood. It can spread rapidly throughout the body without proper treatment.

Santanu had always been a ball of energy, and brought smiles to the faces of everyone he interacted with. His parents Chunu and Seli would often forget their hardships in his presence. But a few months ago, Santanu started feeling dull and tired, more often. He would not run around that much, and preferred resting to playing. He was taken to many hospitals in Tripura, but nobody could understand what was happening to him.

“We saw him turn into a different child within a few months. He was always outdoorsy, but suddenly he started spending more time with me in the kitchen. It was after we brought him to Chennai recently, that we got to know it was because cancer was slowly eating him up.” - Seli, tearfully

Without any moral or financial support, she is struggling to save her son

Seli decided to leave for Chennai on her own because Chunu could not afford to shut down the small shop he ran in their village. Even though they do not earn enough, the shop is their only means of income. So, Seli had to travel all the way from Tripura with her sick son, after selling her land, which was enough to fund just two cycles of chemotherapy. But now, Seli is left with nothing to continue her only son’s treatment.

“This is the first time that I have left my village to come to another city. I have nobody here, nor do I speak the language. I am struggling to keep my son in the hospital for continued chemotherapy. Please help me. It is a distressed mother’s request.” - Seli

This mother needs your help now more than ever. She cannot save her son on her own. Click here to contribute.
SD
Patient santanu debbarma is 6 years old, living in Agartala, Tripura
AH
Being treated in Apollo Hospital, Chennai, Tamil Nadu