This 7-Year-Old Spends Most Of His Time Writhing On The Floor In Pain | Milaap
loans added to your basket
Total : 0
Pay Now 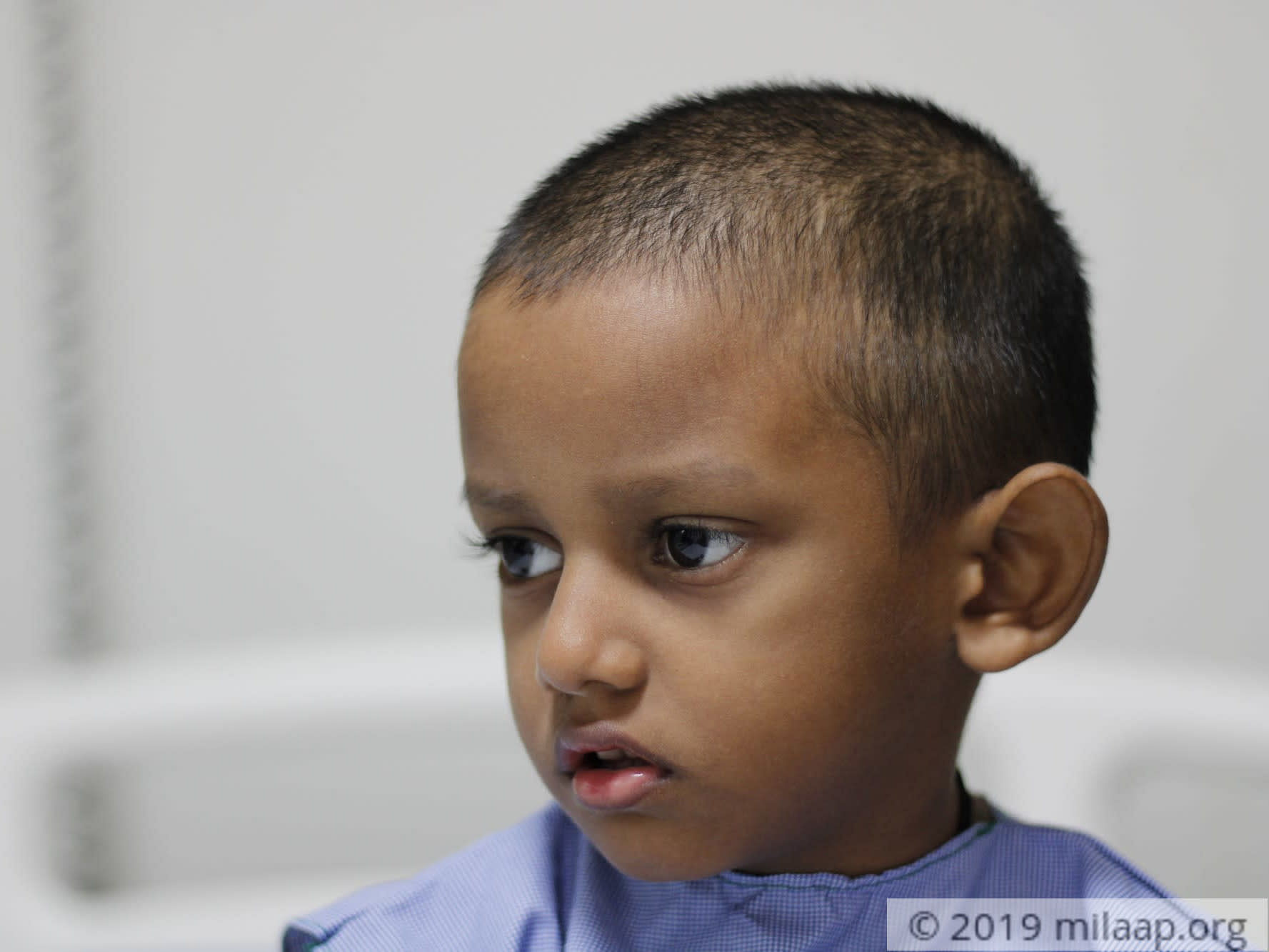 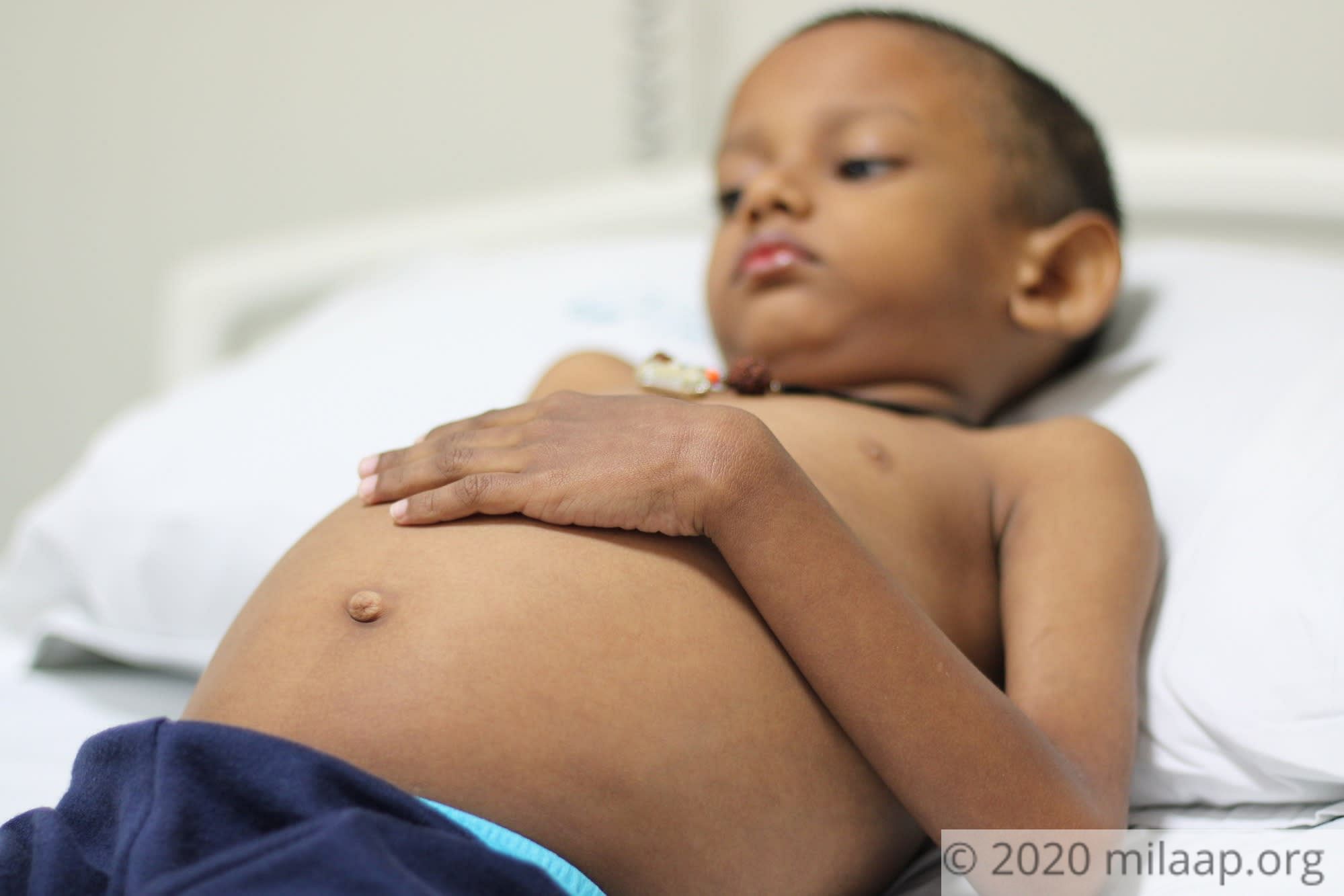 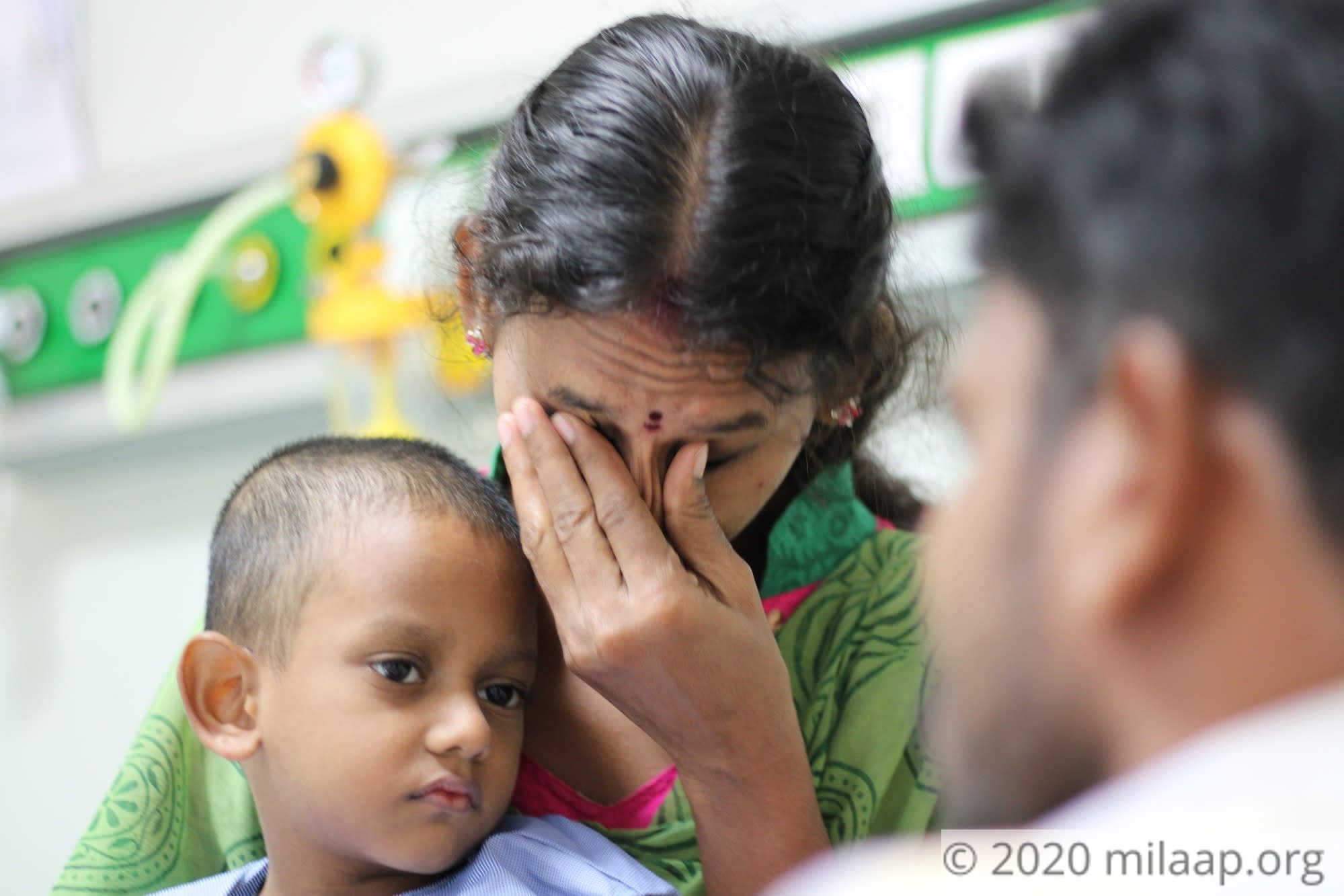 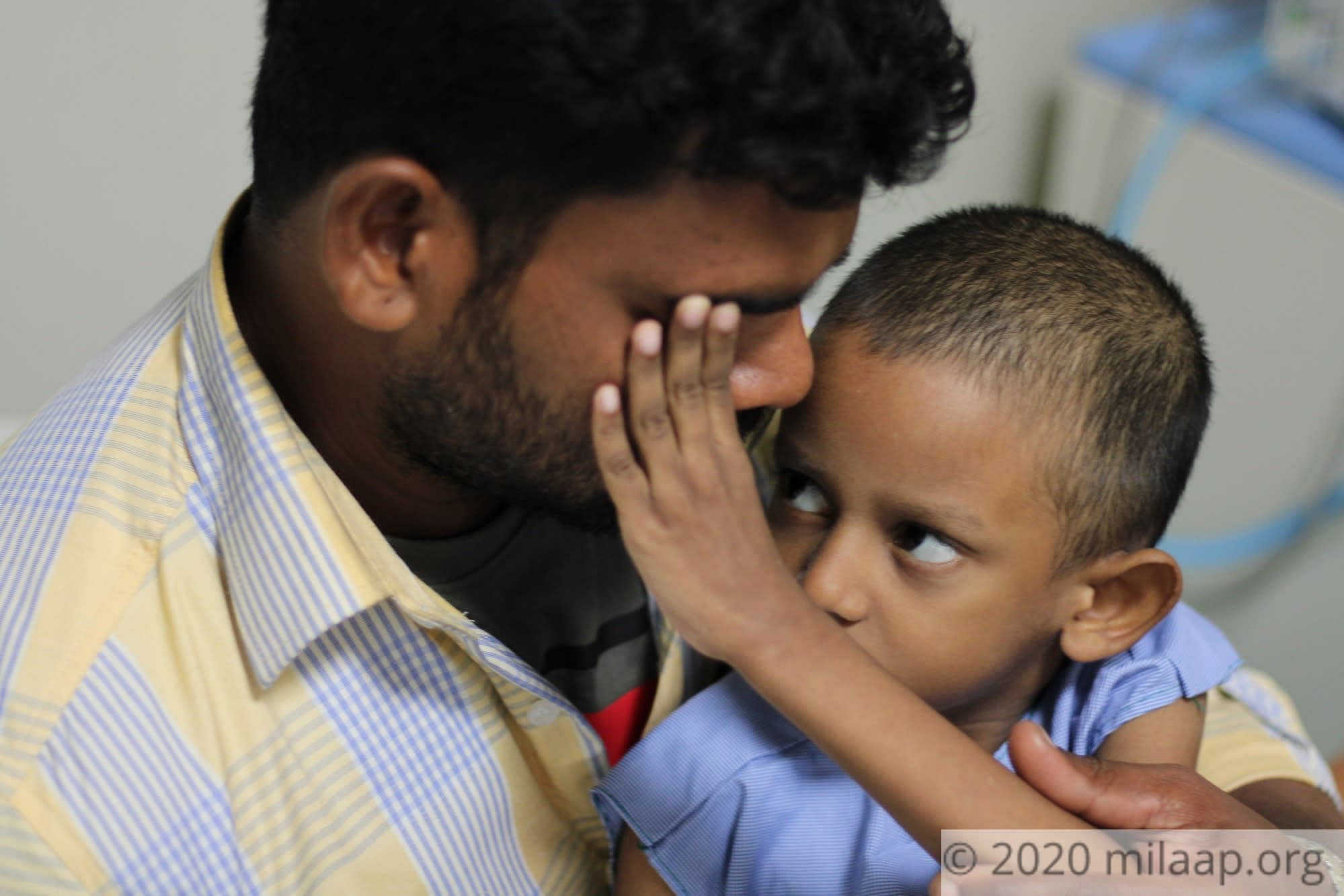 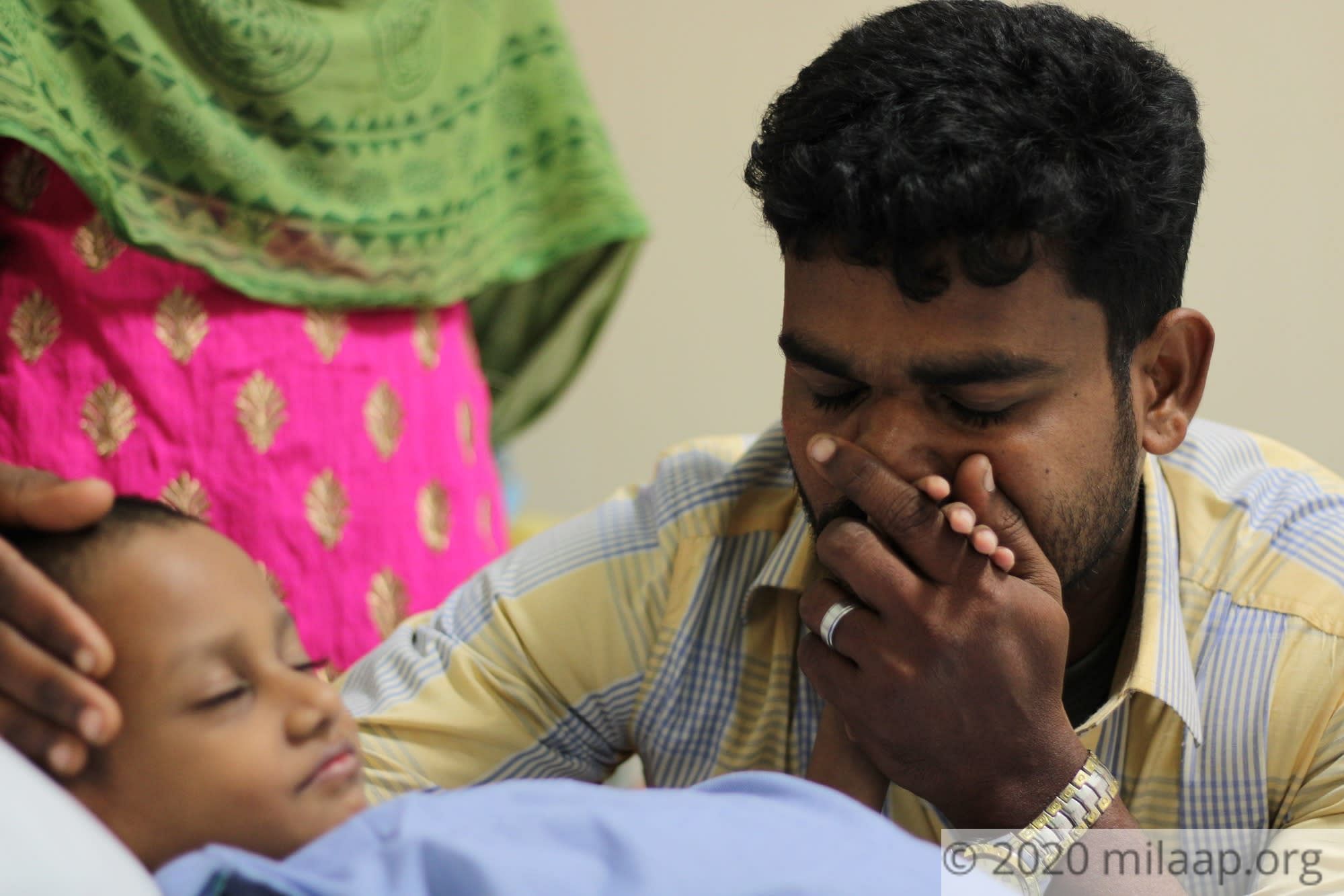 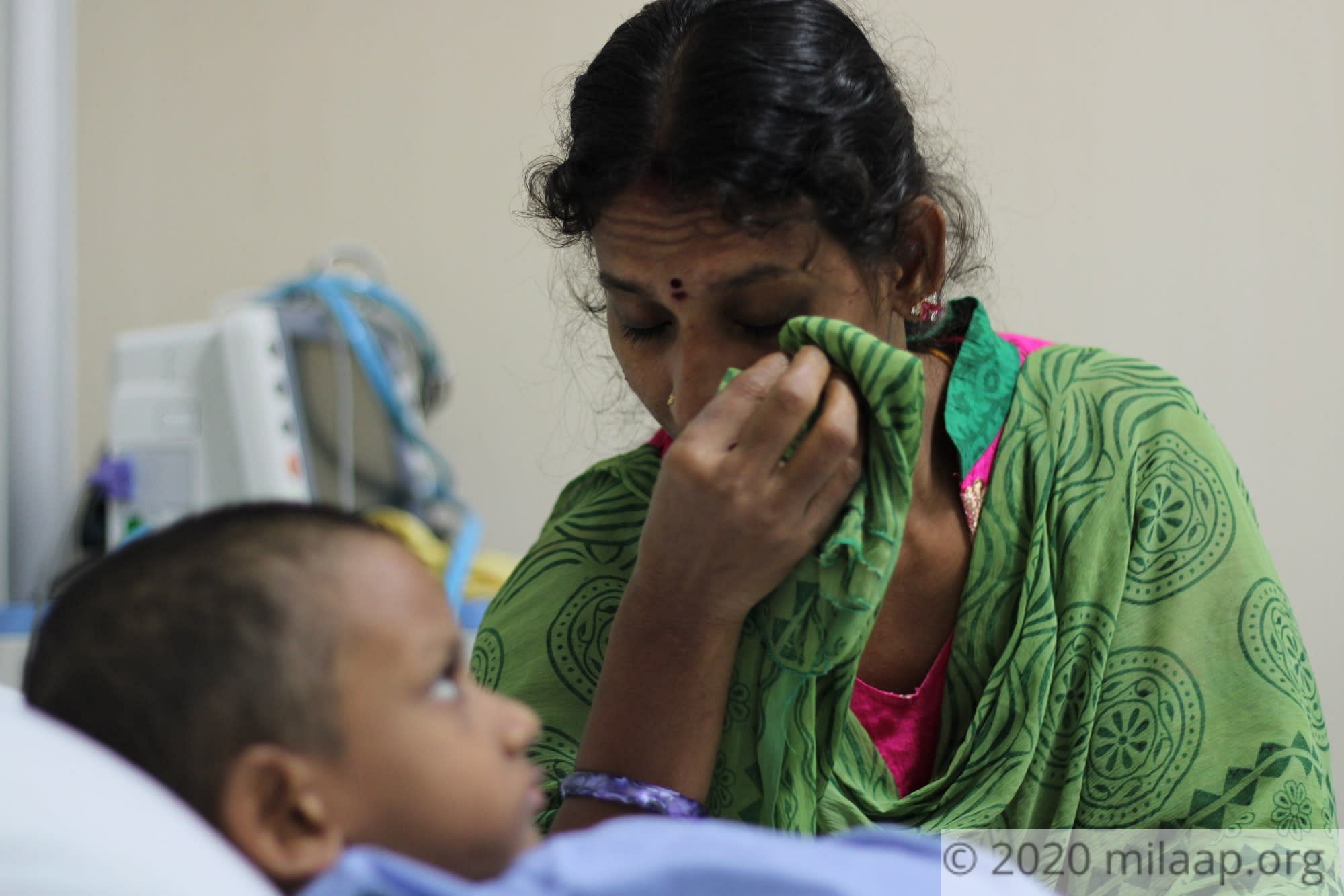 "He craves to run out and play with his friends, but we don't let him. We can't. If he catches even a little infection, we might lose him forever. How do we tell him this?" - Sujitha, mother.

While kids his age are laughing and playing, 7-year-old Sanjeev spends most of his time clutching his stomach and writhing in pain. His battle for life started very early in his life, and today he is on the verge of losing it. With Sanjeev bawling on the floor in pain; his twin sister wondering why her brother doesn’t play with her anymore; and the parents running around in an attempt to save him, their home reeks of misery.

His Struggles Began When He Turned 1

“He used to be alright, but then at 1, he began struggling to breathe. He would feel suffocated, and cry. The doctors said he had a swollen heart and he was prescribed medicines. After 3 years of medication, his breathing got better and the doctors told us we could finally stop the medication entirely, after a year more. We were so relieved! But we had no idea that we had a sickness more devastating, and fatal than this, waiting for him…” – Sujitha, mother

One evening, after school, Sanjeev who had been playing till then suddenly held his stomach and began vomiting blood. His stool was black, and he screamed in stomach-pain. When he was rushed to the hospital, it was revealed that his liver was affected. Having lost too much blood, he was administered drips for three days, and a blood transfusion. When they took him to an hospital in Chennai, as advised they were told his liver needed regular treatment. Therefore, every month, they traveled to Chennai, for an endoscopy followed by medication for 3 years, they can't anymore.

He begs his parents to make it stop

“During the monthly visits, we would give him water at 10, the night before. Till the doctors finished examining him by 12, the next noon, he had to be without water or food. He would beg us for water. It killed us to deny him every time. The monthly appointments weren’t all. There have been times where Sanjeev cried in pain and vomited blood and we rushed him to the hospital overnight. Those are the most dreadful journeys we’ve ever had!” - Prakasan, father.

The transplant will cost them 19 lakhs. But Prakasan, the sole breadwinner for his family drives a goods-carrier for a living and earns no more than Rs.10,000 a month, at most. He leaves home for work at 8, and comes back after 12. Unable to afford his son’s treatment on his own, he has been struggling to gather funds.  His overtime doesn’t seem to help, and he is devastated.

“I am the donor for my son. They told me not to work for a few months. But I know I can’t afford rest. If anything, I can switch jobs, but with a debt this big on my head, I can’t rest a day. But that’s not what worries me. My little boy has only seen pain till now. I want him to get rid of it, be healthy, and to complete his education.What if I lose him before that?” – Prakasan.

Pain is all this 7-year-old has seen in life. You can help put an end to his pain, with your generous contribution. 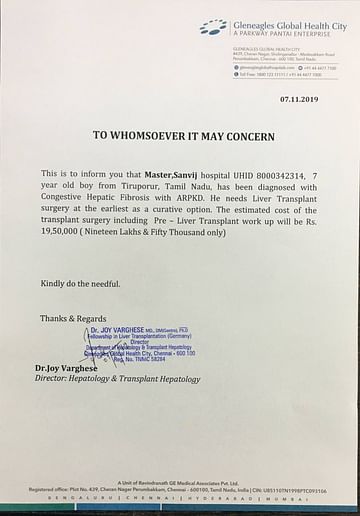 Click here to know more about Sanjeev
Donate now
OR
Click here to read the instructions before you make a bank transfer.

God will be with you. Don't worry