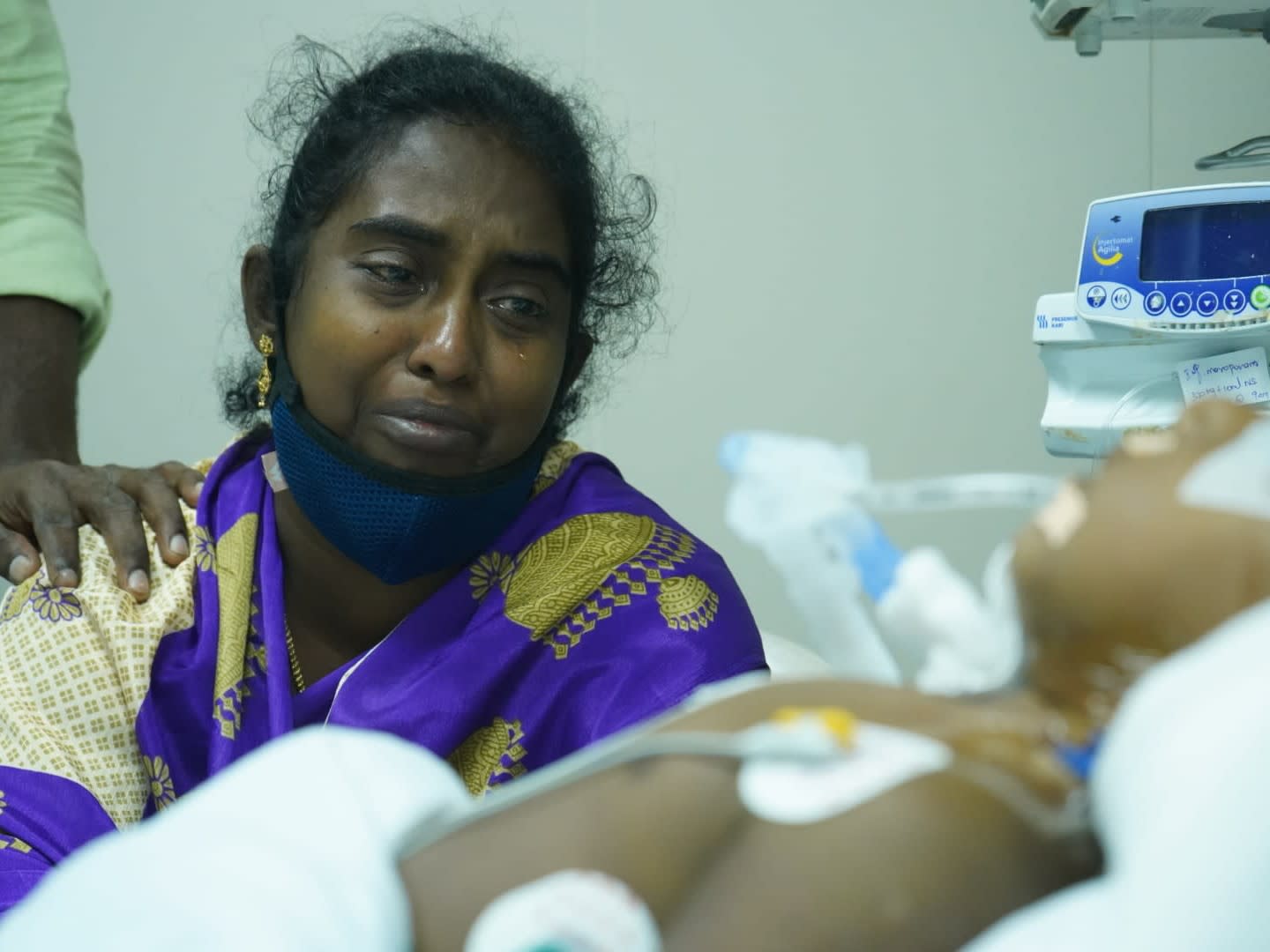 Share
It’s been a week since the incident, but little Samson's mother is still in shock. She wants to believe that she's just trapped in some nightmare, that she'll wake up in the morning and her little one will be right beside her, happy and healthy.
But this mother's reality is far worse.... Her 1-year-old nearly drowned last week and is now in the ICU, his life hanging by a thread. And though her husband has tried his best, Deckson simply cannot afford the treatment that will save their baby’s life. Your generosity is their only hope now.
Baby Samson only just turned 1. If anything were to happen to him now, it'd be an unspeakable tragedy.

“It happened so suddenly that I still don’t really understand it. He had just learned to walk, and walking from one end of the room to the other, giggling all the way, had become his new favourite activity! That day, though... That day, he somehow got into the restroom and fell into a bucket of water head-first! Doctors say he hit his head on the bottom and inhaled a lot of water, because by the time I got him out he was already unconscious! That was 1 week ago and he still hasn’t woken up!” — Jessie, mother

Jessie and Deckson have already been suffering financially over the past year when he lost his job as an IT employee. Just to make ends meet, he’s currently working as a salesman in a small supermarket.

‘I put my ear to my baby’s chest and couldn’t hear a heartbeat...’

“It took us 20 minutes to get him to the nearest hospital, and they were the longest 20 minutes of my life. My wife was crying the whole time, and I was trying my best to stay strong, but when I put my ear to his chest at one point and couldn’t hear a heartbeat... I couldn’t help but break down.” — Deckson

Fortunately, once he was admitted to the ICU and put on life-support, Samson’s vitals started improving, slowly but surely. However, he’s not out of danger. He needs a prolonged stay under expert medical supervision and care, and at least a few more weeks of life support. But Deckson cannot afford this, he’s already in debt trying to pay for the past 1 week of hospitalization.

“Doctors are saying he can completely recover and go back to being the smiling little baby he was! But his body’s just too weak to heal on its own! He needs machines to keep him alive in the meantime and we just can't afford this. If I had any real gold jewelry, I would've sold it on the spot, but I don't!” — Jessie

Even beyond the expected physical damage from hitting his head at the bottom of the bucket, little Samson’s brain suffered a great injury because he lost consciousness and nearly drowned as well. As water filled the little one’s lungs instead of oxygen, his entire body started suffocating, but it was his brain that took the brunt of the damage.
Doctors have managed to keep his condition stable so far with specialized machines doing his breathing for him. The only way he can fully recover is by staying on these machines for the foreseeable future.
Samson is running out of time. Click here to donate, and save his life.
SR
Patient Samson raja is 1 year old, living in Chennai, Tamil Nadu
GG
Being treated in Gleneagles Global Hospital, Chennai, Tamil Nadu