The Clock Is Ticking As These Parents Desperately Try To Save Their Son’s Life | Milaap
loans added to your basket
Total : 0
Pay Now

A
You are sending a message to
Anirudha
Go back 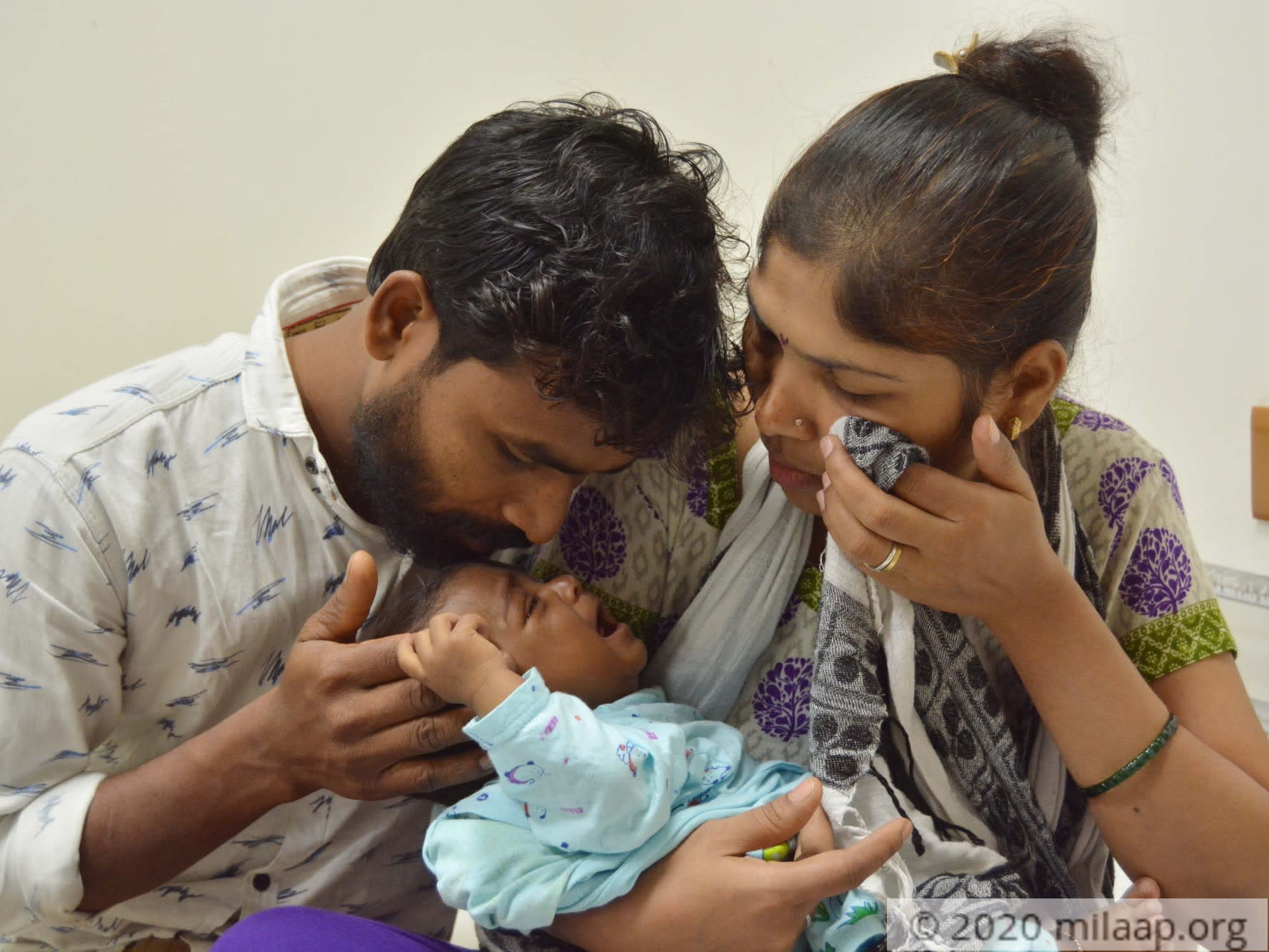 “The day Sairaj was born, it seemed like the best day of our life. Our family was finally complete. We started making so many plans for our baby. We had no idea that he would be fighting to live. Imagine our helplessness, we don’t even know if we can save him,” - Ganga, mother.

All the excitement and joy vanished for the new parents Ganga and Ankush when their newborn son went through unusual changes in his body. Sairaj was five days old when his eyes turned pale yellow while his body also looked pale. The doctors said it was jaundice. They said he would be fine soon. But the baby had a more serious problem which went undetected during the treatment.

Three months later, the symptoms recurred. After a few tests, the local doctor again diagnosed him with jaundice. Treatment began but the little boy’s condition did not improve.

“This time, our son fell severely ill. No medicine could cure him. He lost his appetite. We were very worried. We went to another hospital.”

After more tests, the parents were told that Sairaj has a severe liver condition. He underwent an immediate surgery. But that didn’t end his suffering. Unsuccessful surgery has worsened his condition

“We were hoping that the surgery would finally end our son’s disease but it has put him in more pain. Now his liver has failed. He has lost weight and his stomach has swelled abnormally. He needs the transplant as soon as possible, there is not much time left."

Sairaj is very weak. At his age, babies start to sit on their own but he can’t do that. He is battling with death. His parents keep asking when will their child get better.

“The cost is beyond my means…”

Ankush, Sairaj’s father, is a farmer and makes about Rs. 3000 per month. Sairaj is his only child and he has done everything he could to fund his son’s treatment. But there is an end to his means.

“I have spent all I had. I have borrowed all I could. I don’t know how I will get the money but I will have to save my son,” - Ankush.

Ankush is the donor for his child’s transplant but the helpless father doesn’t have the money to fund the treatment. Contribute to ensure a healthy future for Baby Sairaj.

We pray you get well soon little one.

I pray God is with Sairaj and you can use this to help raise funds and the surgery is successful. Dear Heavenly Father, I pray Your power and authority over sickness can heal Sairaj and provide funds for his surgery. I pray money can be raised and the doctors have wisdom in the surgery. Please comfort Sairaj and may You be with Sairaj and his family. I pray in Lord Jesus' Name! Amen