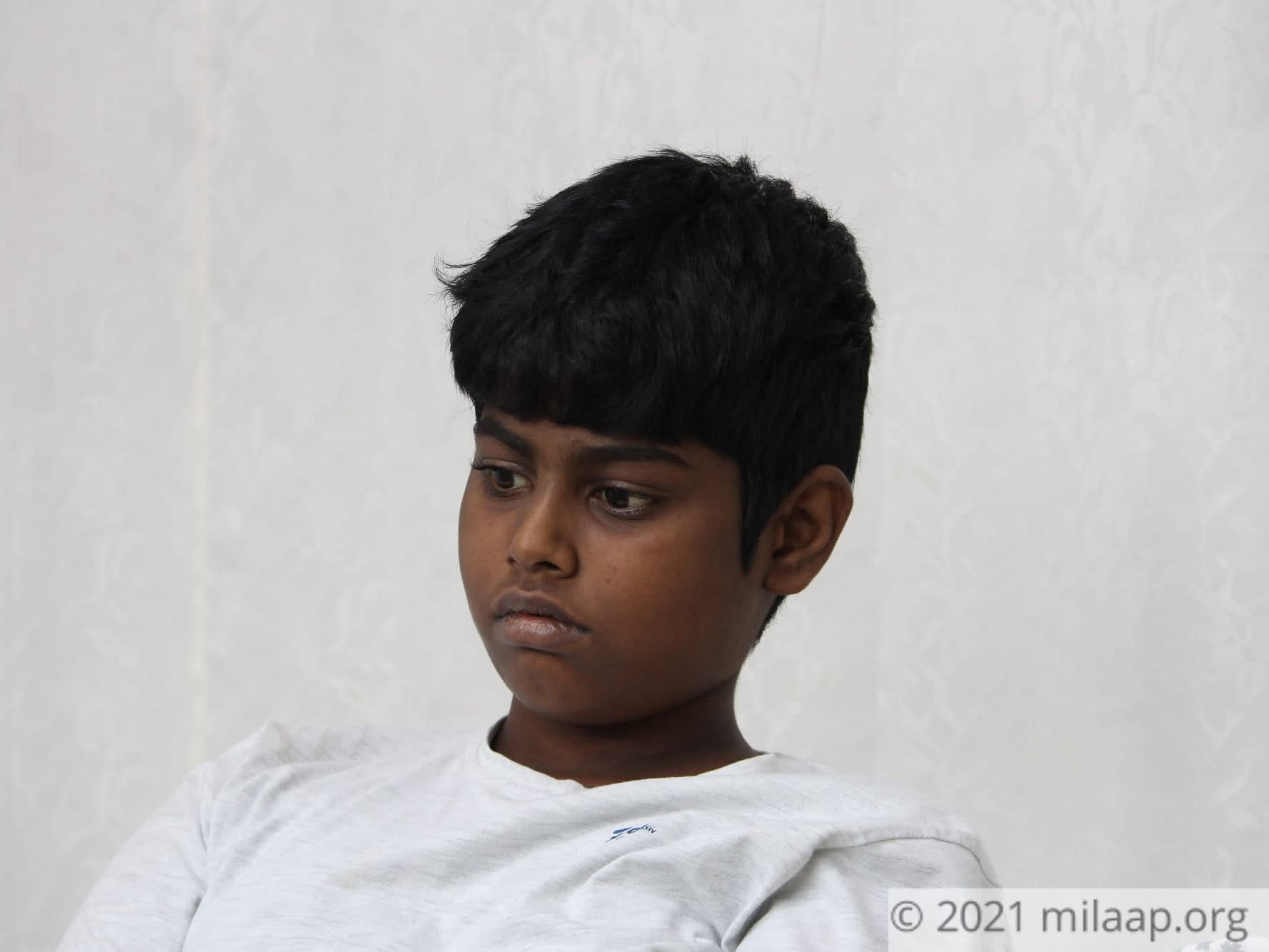 Share
“We had a son who got diagnosed with severe liver disease. He was just 5 months old, and passed away within 20 days of diagnosis. We didn’t even get a fair chance to fight for his life. Now, watching Charan go through the same, is no less than hell for us. The thought of losing him too to this evil disease is killing us.” - Ramachandru, father 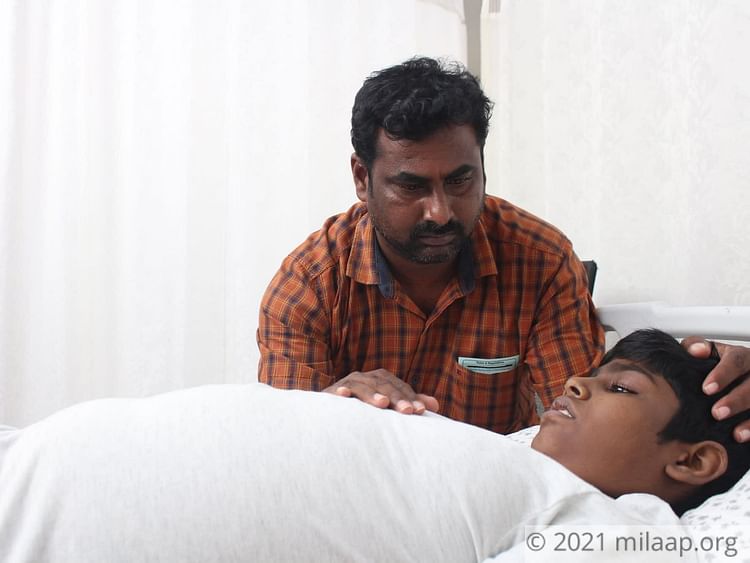 His liver is failing and he needs a transplant to survive

12-year-old Charan had a deadly disease hiding inside of him since birth but it never came to light until the day his parents noticed that he had high fever very frequently and his stomach, feet and hands started to swell abnormally. Afraid, the parents took him to the hospital and found out about his liver disease.

He suffers from Wilson’s disease, a chronic genetic disorder that is causing his liver to fail. He has been on heavy medication and treatment for complications for the past 6 years, but now none of it can save him. The only cure left for him is a liver transplant, without which he will lose his life. 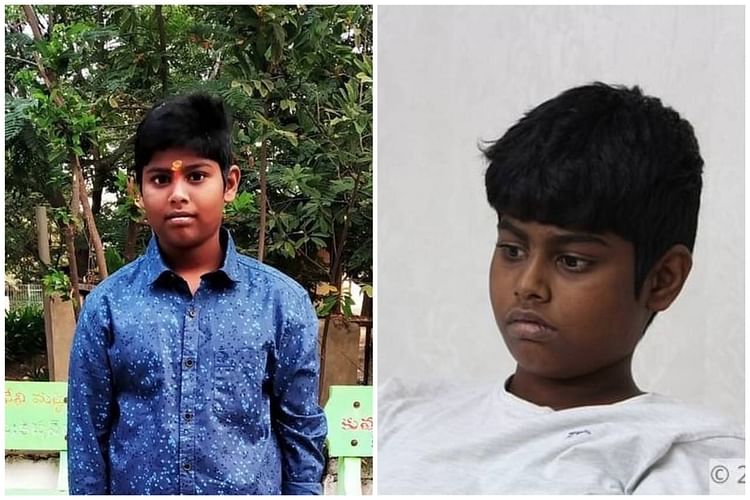 “Charan is brave, braver than I can ever be. He consoles me whenever he sees me dull or worried. He says ‘I’ll be fine amma, I just need a surgery and I’ll be okay.’  He is not at all afraid and asks me to stay positive too. But when he asks me when he can have the surgery, I don’t know what to say. He tells me how he wants to run, play and do all the things he couldn’t since the last few years, and it breaks my heart to wonder whether or not we can afford the transplant.” - Anusha, mother 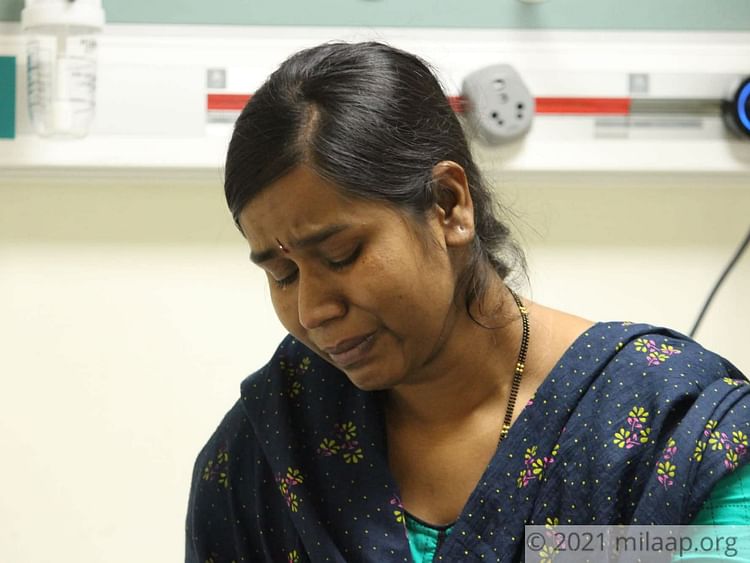 They won't be able to save Charan without your help

Ramachandra is an accountant in a small company and Anusha does tailoring work at home. Their income put together is not more than 12,000 INR a month, which is just enough to run the house with no savings left by the end of the month. All these years they barely managed it through, and sometimes even had to take loans to afford Charan’s treatment.

“We knew he would eventually need a transplant so we tried our best to arrange the money. We skipped on any kind of celebration and even skipped meals sometimes but he would often fall critically ill and all that money would get spent. Now we have run out of time and arranging lakhs of rupees is just beyond our means. I don’t want to lose him too.”- Anusha, mother 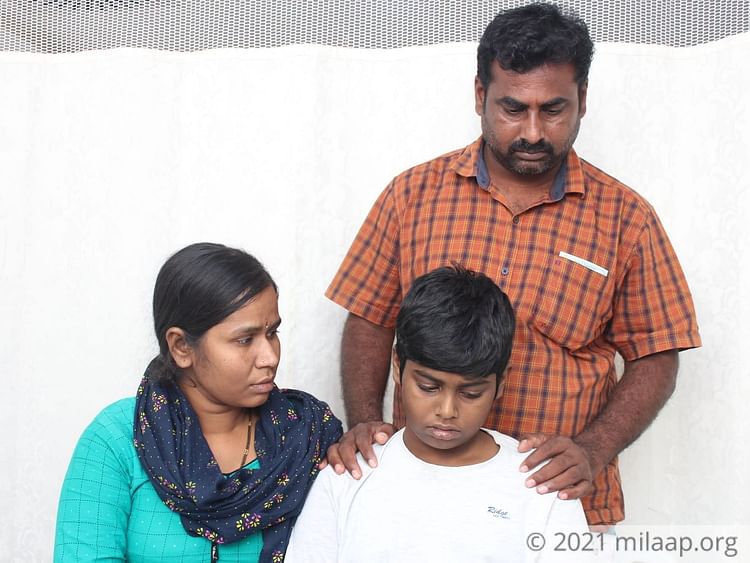 “For 6 years we delayed his transplant because we couldn't afford it. Month on month he just kept taking medicines and time went by. But since the last two months his condition has deteriorated so much so that no medicine can save him now. He needs a transplant and he needs it now, but am falling to save him.” - Ramachandra, father

The doctors have advised to begin with the treatment next week itself, but with limited time and no resources, these parents wiull not be able to afford the transplant. Your generous contribution can help these parents save their son and give him a second chance at life.
SC
Patient Sai charan is 12 years old, living in Nalgonda, Telangana
.
Being treated in ., Hyderabad, Telangana