10-Month-Old At Risk Of Losing Her Life To Multi-Organ Failure Due To Dangerous Infection | Milaap
Receive tax benefits by donating to this cause. 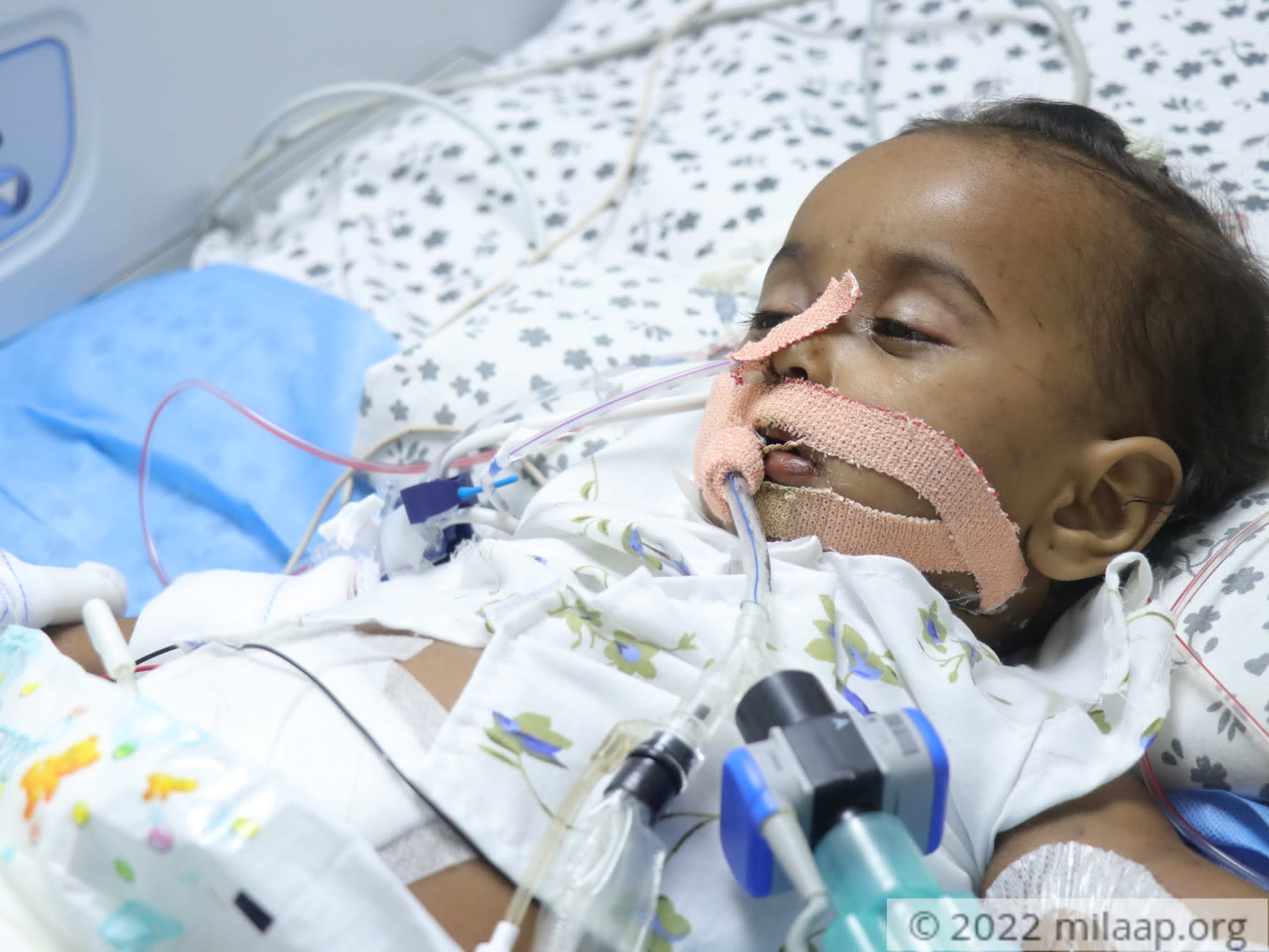 Chandrakant and Pratibha are still trying to come to terms with how, in a matter of few seconds, their joyful Sai was put on ventilatory support due to multiple organ failure.

"We found out 20 days ago that she had dengue. She would keep shivering because her fever just wasn't subsiding. But suddenly, when her fits started, it terrified us… she was frothing at the mouth. As soon as we reached the hospital, there was panic among the nurses who were trying to revive my child with IV fluids and injections. As her stretcher moved towards the PICU, my heart started sinking as if I'd already lost her. Suddenly everything got blurry and I fainted too, right there on the floor." - Pratibha, mother

Little Sai's dengue was so severe, it led to multi-organ failure

Sai was brought into the hospital in an extremely critical condition, with severe dengue and multi-organ failure. On further tests, the doctors found out that her liver and kidney are malfunctioning, and she was put on peritoneal dialysis. Despite being on a ventilator, her condition kept worsening and her blood was failing to clot, resulting in massive internal bleeding.

They tried IV fluids and high dosage antibiotics to stabilize her, but the infection became so widespread by then, that a rare occurrence of blood leakage into her lungs and windpipe were noticed too. The infection has now reached her brain, and she needs a few weeks of extreme PICU care to survive now.

Little Sai can bounce back to good health, but only with continued treatment

Barely 10 months old, the Warale family was still doting on cute moments of Sai. Their family was complete now and they wished for nothing else, but happiness for their kids. But little did they know that fate had other cruel plans for their baby girl.

"We were all so mesmerized by her doe eyes, that we just wouldn't stop capturing her first smile or her first words. My elder son is just 2 years old, but he is fiercely protective of her that he wouldn't let anyone even come close to Sai. Now, my poor baby has so many machines connected to her fragile body, that are the only reason she is still breathing. It breaks my heart to see her in this miserable condition. But the doctors have assured me that Sai can bounce back to good health soon, as long as we continue her treatment."- Chandrakant, father

With empty pockets and no job, this father has lost all hopes

For a middle class person like Chandrakant, Sai's sudden medical expenses have not only exhausted all his savings but also shut down his present earning prospects. He lost his current job for being absent from work for a month.

"Earlier, at least working as a salesman helped me bring 8,000 rupees home every month. But now, even after mortgaging a piece of land I owned, I'm clueless with my finances. I have spent 5 lakh rupees so far, but Sai needs ventilatory support for the next few weeks. How will I get 8 lakhs rupees so soon? If I don't arrange the money, then my baby will not be able to survive without these machines. I'm losing all hope now... Please help me save my baby." - Chandrakant, father