2-Year-Old's Life Is Slipping Away Due To Severe Congenital Heart Defect, He Needs Urgent Surgery | Milaap
Receive tax benefits by donating to this cause.

2-Year-Old's Life Is Slipping Away Due To Severe Congenital Heart Defect, He Needs Urgent Surgery 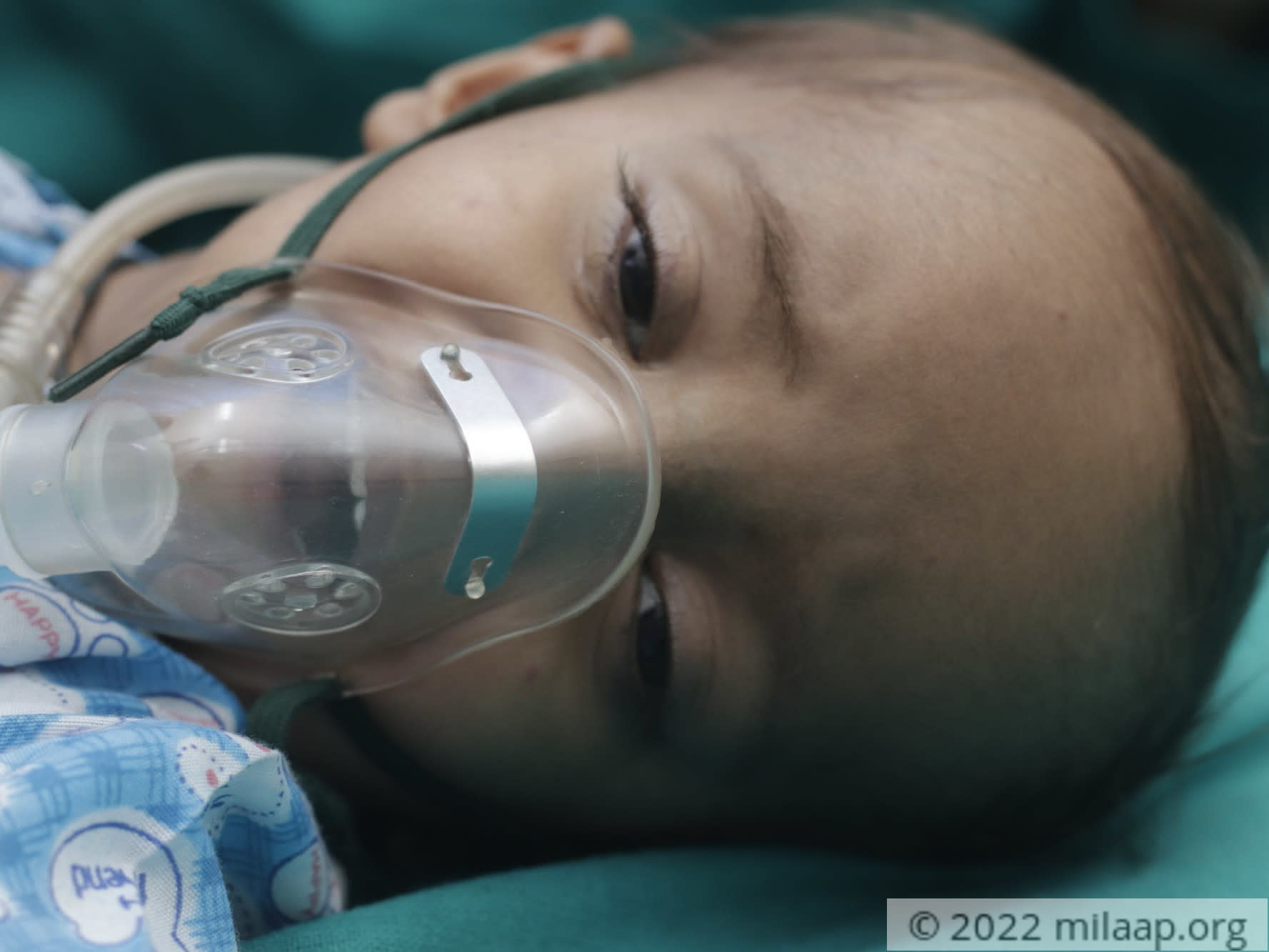 Share
Baby Sadiq lies on a bed while his parents stay beside him, anxiously waiting for their child to open his eyes and say something… or at least crack a smile at them. But he can't bring himself to do anything in his state. Once every 24 hours, he only opens his eyes for a few minutes and starts crying because of what his little body is going through.

“He cannot eat anything properly. He is surviving only on breast milk but even that, he is only able to drink a little because of his breathing troubles. He turns blue when he feeds sometimes. He is weak and cannot even move his body to sleep in a different position anymore.” - Anjum, mother

Baby Sadiq is suffering from acute pneumonia with complex congenital heart disease and congestive heart failure. His heart disease is so severe that it has affected his lungs and caused a deadly infection, which in the long run can turn deadly. Without continued antibiotic treatment, followed by surgery, he will not be able to survive.

‘There are tubes all over his tiny body'

Due to the festering infection in his lungs, Baby Sadiq makes crackling noises when he cries or yells loudly. It is the same when he tries to breastfeed. He gets prolonged fevers that don’t break quickly. But worst of all, now his condition has worsenend to the point that he cannot survive without oxygen support and antibiotics through the means of IV drips. As a result, there are a dozen tubes all over his tiny body.

“Ever since he was born, he has been suffering. He used to get recurrent colds and turn blue while breastfeeding as an infant too. We took him to different doctors in our village, but only now did we know all this was caused by a heart defect.” - Tahir, father.

This poor labourer has no means to save his son

Sadiq’s father, Tahir, is a poor labourer from Bulandshahr in Uttar Pradesh. He is the sole breadwinner of his four-member family consisting of himself, his wife, Anjum, elder daughter and baby, Sadiq. He is so poor that if he does not go to work one day, his family will have to starve. They were already struggling to live through abject poverty, when Sadiq’s health started deteriorating. Tahir is not able to go to work now as his son is admitted in a hospital in Haryana, far away from home, in a critical condition.

“We have come to Haryana from Uttar Pradesh, spending all our meagre savings, only to save our son. We have no means to even have our daily bread and are at the mercy of the kind hospital staff. Please help us. Our son's life is slowly slipping away.” - Tahir, tearfully.

If you can contribute towards Sadiq’s surgery, his life can be saved. Click here to donate.
S
Patient Sadiq is 2 years old, living in New Delhi, Delhi
SH
Being treated in Swasthi Health Care, New Delhi, Delhi