If She Doesn’t Get A Liver Transplant Soon, This May Be The Last Time We See Her Alive | Milaap
Receive tax benefits by donating to this cause.

If She Doesn’t Get A Liver Transplant Soon, This May Be The Last Time We See Her Alive 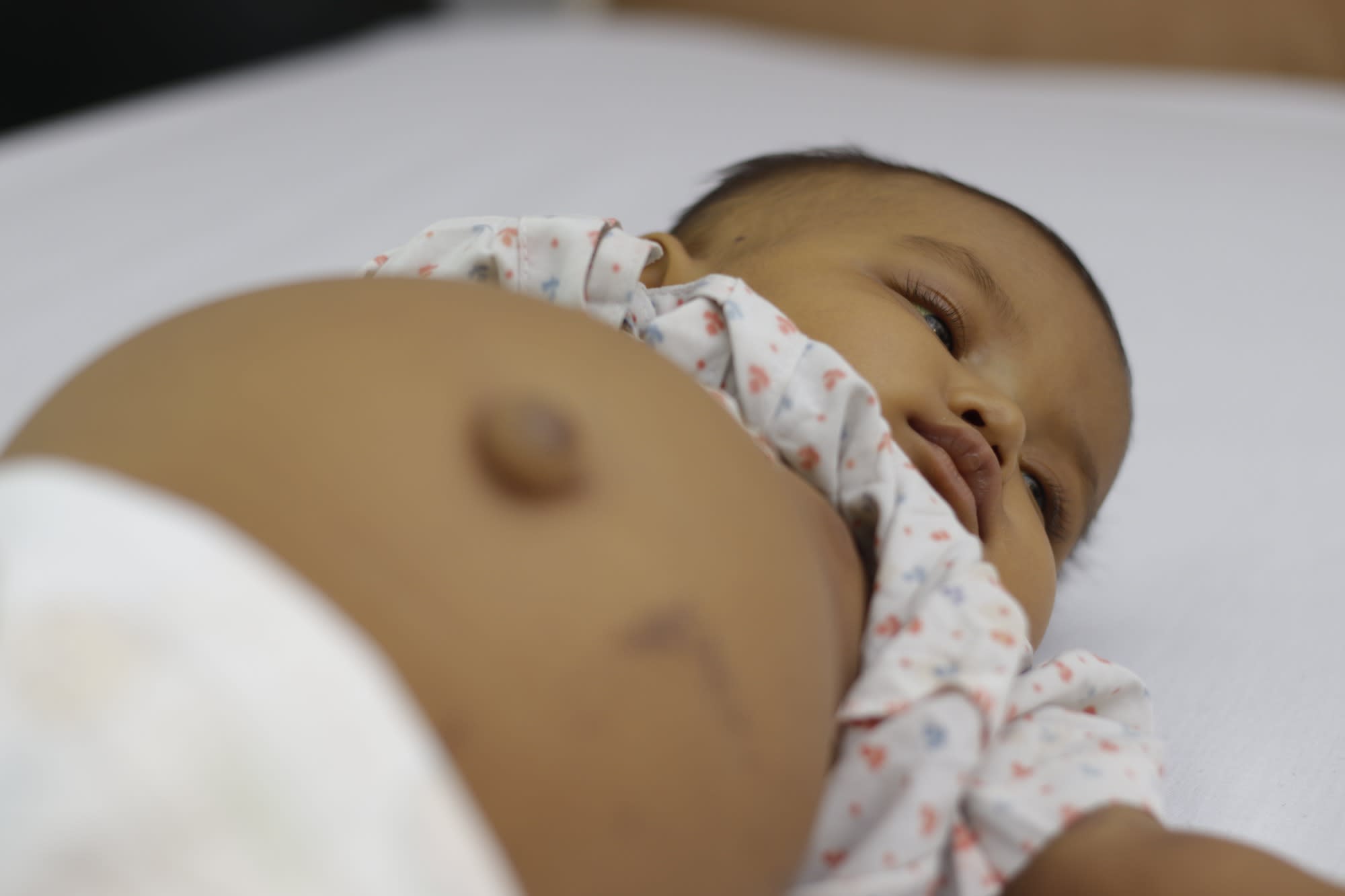 Share
“The jaundice is just worsening her condition. No matter how many medicines she is being given, it’s no use,” says Gayatri, explaining the plight of her 5-month-old daughter, Saanvika. “Her eyes and whole body have turned a deep shade of yellow, it’s impossible to not notice it. The doctors say that her liver cannot hold out any longer… a transplant is the only way to save her.”

Her delayed diagnosis has put her life in danger

A day after Saanvika’s birth, her parents noticed the first signs of jaundice in their baby - her yellowing skin and eyes. Their worries were put to rest with the assurance from the doctor that the jaundice was common in newborns, and would clear out on its own. Except it didn’t. Only 3 months later, these parents were running around in circles, seeking treatment for their sick baby.

“All that time we spent not knowing that she was suffering, that her liver was failing… The delay has cost us dearly now,” Akhil states dejectedly. His eyes water at the sight of his precious baby, asleep after being administered medication. Her small body laying on the large hospital bed pricks at his heart, and he wishes that he had just been more attentive. “Maybe then, I would have realised that something was wrong earlier on.”

Some weeks ago, Saanvika began to bleed through her skin - although, she wasn’t physically hurt, nor were there any visible wounds that were causing the bleeding. She even had nosebleeds, and was passing loose stools. From a hospital in their hometown in Orissa, Akhil was asked to take his daughter to Delhi, where a specialty hospital could give them a proper diagnosis.

“The last doctor we consulted suspected a liver problem. His hunch had been right. In Delhi, my baby was diagnosed with chronic liver disease,” Akhil explains. His hands shake, as he wipes at his cheeks and tries to keep the tears at bay. “The news left me weak in the knees, but it was what they told me right after that knocked the breath out of me: Her condition has progressed to a critical stage, and only a liver transplant can save her. I wasn’t prepared to hear that.”

The breadwinner of his 7-member family, he’s struggling to save his first born

Akhil and Gayatri had been married for a little over a year, when they were blessed with Saanvika. But things went so wrong, so fast, and now they are being forced to watch their baby fight for her life - one that she has been living for only 5 short months. Akhil, a small employee in a private company in Bhubaneswar, is the sole breadwinner in his family.

“Each month, my income is entirely used up in just household expenses. I have never been able to put aside any savings, and struggled to afford my daughter’s medicines till now,” Akhil reveals. He is no stranger to grief and despair. Months ago, his father’s sudden passing left him and his family shaken. “None of us had any time to process it. His hospital bills piled up and I took a loan for it, which I am currently paying off.”


With help from relatives and friends, he was able to start his daughter’s treatment and keep it going thus far. But now that she needs a liver transplant, a procedure costing INR 15.5 lakh, his hands are tied.

“It is just so cruel of fate to put us through this. I feel helpless and devastated right now because I am unable to do anything! My small income is no match for the cost of my daughter’s liver transplant. It is impossible for me to put together this huge amount in such a short period of time. I don’t know what to do…” - Akhil