Despite Bravely Fighting It Once, Cancer Has Again Come To Haunt 7-Year Old Rupon | Milaap

Despite Bravely Fighting It Once, Cancer Has Again Come To Haunt 7-Year Old Rupon 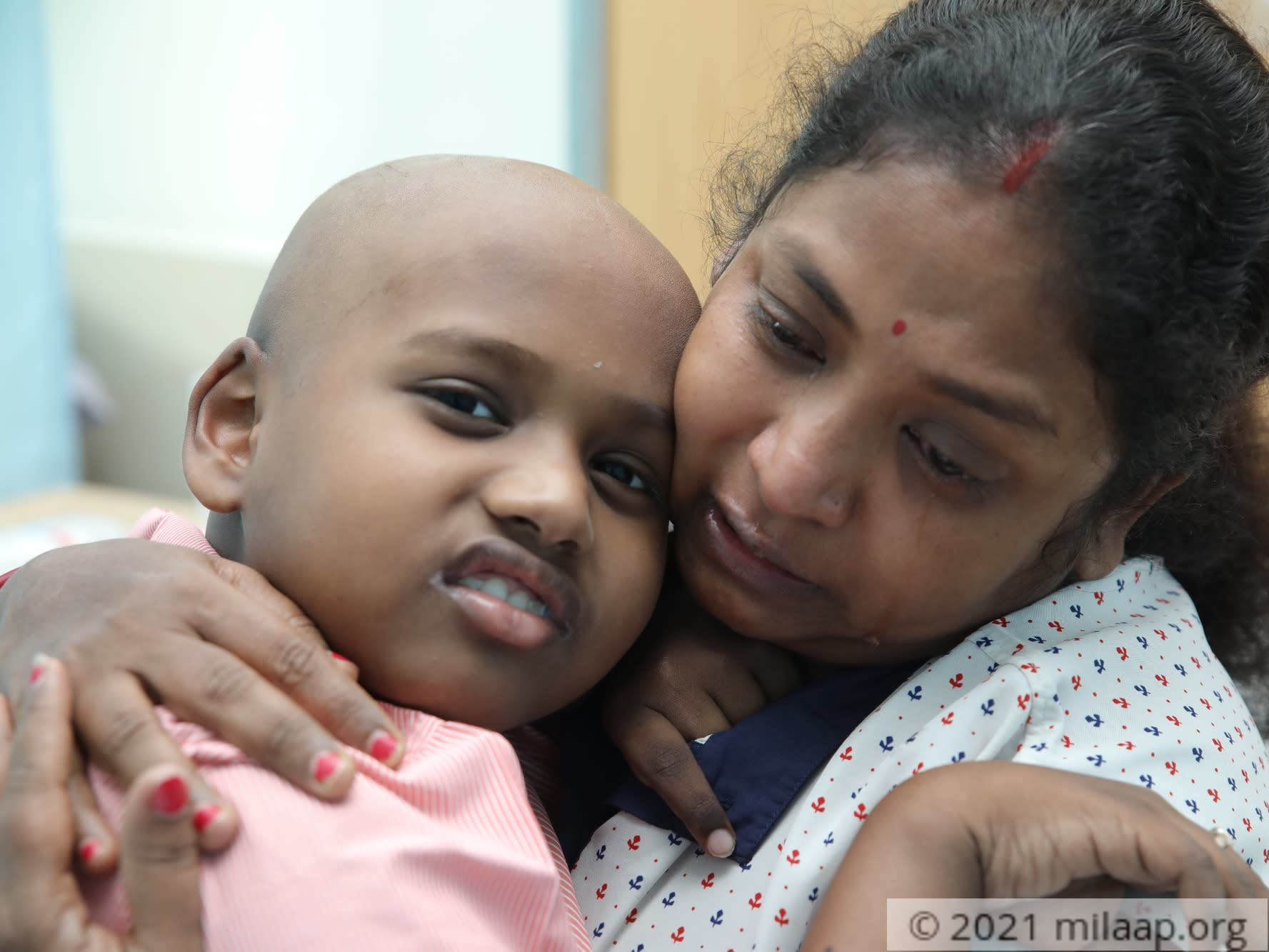 Share
When the world was celebrating New Year's Eve in 2016, Rakesh and Paromita were inside Tata Cancer Hospital frantically searching for a paediatrician on duty for their 3-year old son Rupon. They could never imagine even in their worst dreams that they will begin their New Year with the news of Rupon’s blood cancer.

He fought cancer once but now it has relapsed

Rupon was just 3 when he was diagnosed with Acute Lymphoblastic Leukemia. With chemotherapy, he successfully fought off his cancer once and resumed his normal life. Just when he was about to start his school, his parents again noticed swelling around his testes, ankle, elbows and face. In 2018, his cancer had relapsed. Now he is 7 years old and still fighting every day to live.

Rupon wonders if this is how painful his life will continue being. He innocently asks his mother why he has to go through this all over again when his other friends don’t have to. His mother breaks down...with no answer.

"It feels like yesterday when he had recovered and we had taken him back home. But last year when he came back home from playing outside with his friends, he complained that his legs were aching and started vomiting. The entire night he just hugged me and wept. Next day, I noticed his testes to be unusually swollen. My heart sank seeing the same cancer symptoms appear again."- Paromita, mother

With this relapse, only a Bone Marrow Transplant can save him

Rupon's blood cancer has relapsed and this time he needs a Bone Marrow Transplant to cure himself. After spending around 10 lakhs initially, his parents need 35 lakhs more for this treatment. Rakesh, his father, has sold his motorcycle and whatever he owned to be able to manage his daily medicines and hospitalization. Now, with a relapse Rupon’s Transplant needs to be done urgently.

“Rupon loves bikes. When he noticed our bike missing, I was expecting him to be angry but instead he was upset. He doesn’t complain anymore or demands for toys now. He has started understanding our financial condition and it pains me to see that my child has grown up so much. Now he tries to hide his tears from us. That day when I was putting him to sleep, he told me that Baba don’t worry when I grow up I will buy a Royal Enfield Bike for you. I pray to God to save my son and his innocence.”- Rakesh, father

Rakesh used to work as a salesman in a garment shop but due to Rupon’s condition he had to quit his job. Rupon is his only child and in the past few years despite all hardships, he has relentlessly tried to ensure Rupon’s treatment doesn’t stop. But now he has exhausted everything and won’t be able to gather 35 lakh rupees all on his own for Rupon’s transplant. All he wants is to give Rupon a happy childhood free from cancer.

It is unfortunate that despite successfully defeating cancer once, Rupon has to go through this relapse. He has been seeing a life full of injections and needles ever since he was just 3 years old. This time he wants to again fight his blood cancer with all his might but his parents cannot afford his treatment anymore. Can you help Rupon fight his cancer again?