Fast Food Seller Struggles To Save His 11-Year-Old Son From Cancer | Milaap
loans added to your basket
Total : 0
Pay Now 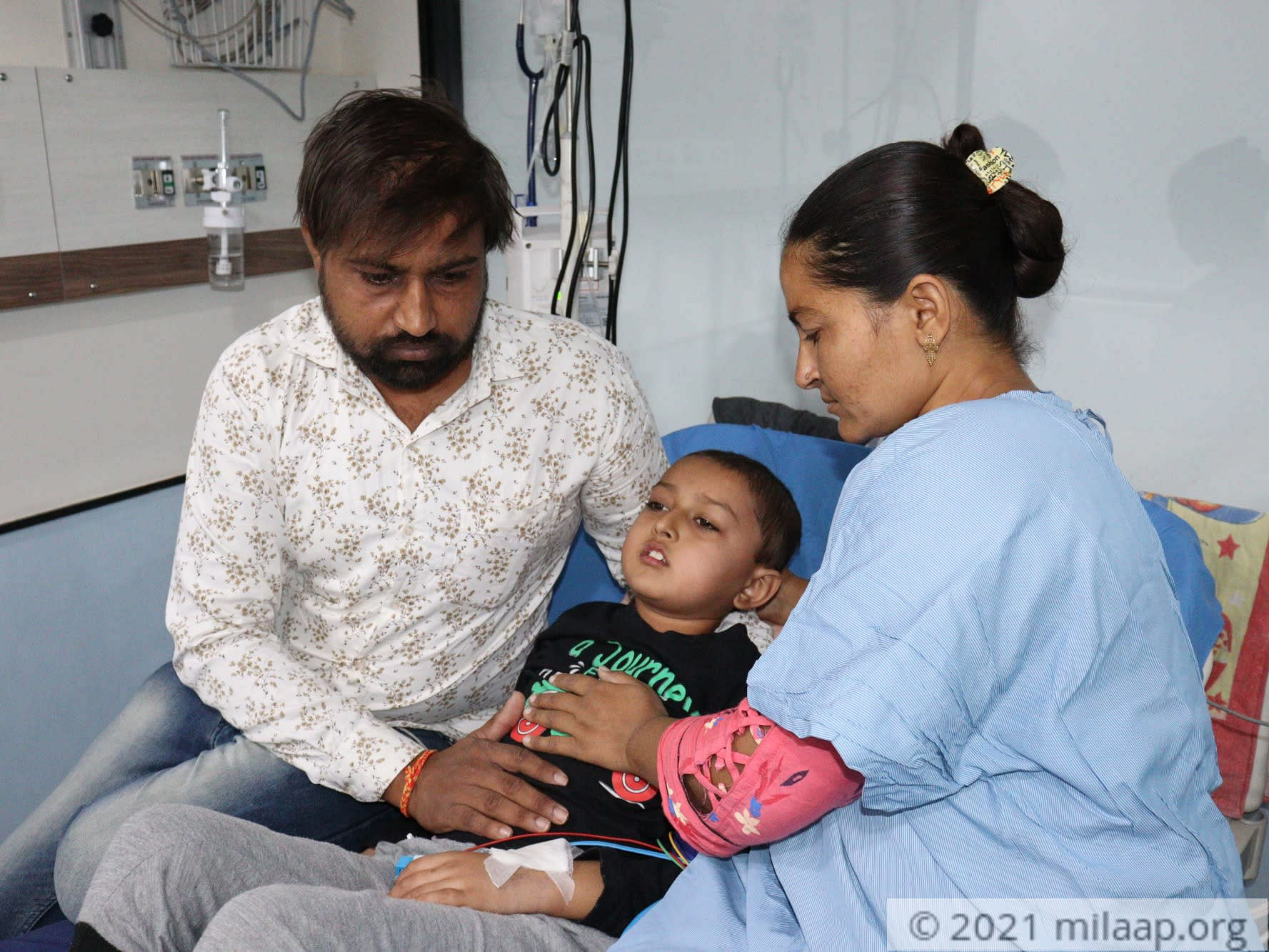 Share on facebook
Vijaybhai has a small food truck in Ahmedabad where he sells dhabeli (fast food). He hardly earns anything but he loves his job. He loves feeding people and seeing their smiling faces after they eat his special dhabeli and vada pav. But Vijaybhai hasn’t been able to visit his food truck in the last one month. His 11-year-old son, Rudra, is battling deadly blood cancer and he is running from pillar to post to afford his treatment. The helpless father is scared that he won’t be able to save his son.

Rudra with his sister

In a month’s time, their life changed into a nightmare

A month ago, Vijaybhai and Manisha had no idea that their son would be in the clutches of a dangerous disease that is now threatening to take him away.  Rudra had a fever a few weeks ago - an adamant fever that was not going down with medicine. He was getting weaker with every passing day, so weak that he was unable to sit up on the bed.

“We took him to the doctor, we were worried sick for him. But we didn’t think that it would turn out to be cancer. Our world came crashing down, we didn’t know what to do. Somehow, we borrowed money and started his treatment,” - Vijaybhai, father.

The chemo makes his legs numb and his hair fall

For the past one month, Rudra has undergone rigorous chemotherapy. Although it is making him weak in his legs, making his hair fall and putting him in immense pain, this is the only thing that can cure him of this dangerous disease. He needs 6 more months of treatment but Vijay and Manisha don’t know if they can afford it.

“He hasn’t had a peaceful night’s sleep in so long. He wakes up at night, crying in pain. He wants to go back home, says he misses his sister. And I have nothing more to tell him other than the fact that he will get better soon. But for how long? Without continued treatment, he will not be able to make it but how will we arrange for 8 lakhs?” - Manisha, mother.

Vijaybhai has hardly had any income in the last couple of months because of the pandemic. Even the few hundreds that he used to make by selling fast food was not there - the family suffered a lot. Vijay was even unable to pay the house rent.

“And just when I was slowly trying to get back on my feet, Rudra was diagnosed with deadly cancer. I didn’t know what to do - I borrowed heavily from moneylenders and friends and family. I couldn’t let my son suffer like this. I have already spent over 3 lakhs. But now it’s no longer possible for me to continue, I need your help. Please save my son,’ - Vijaybhai. 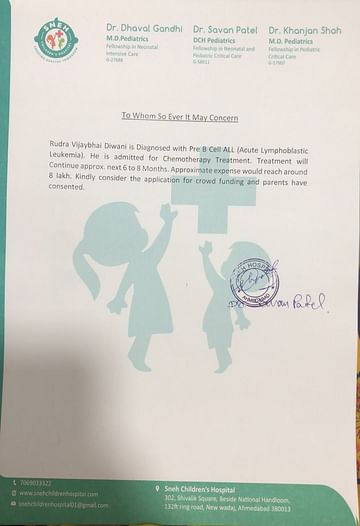 Click here to know more about Rudra Diwani
Donate now
OR
Click here to read the instructions before you make a bank transfer.