Cancer Already Tried Killing This Boy Once, Now It's Back Stronger Than Ever | Milaap

Cancer Already Tried Killing This Boy Once, Now It's Back Stronger Than Ever 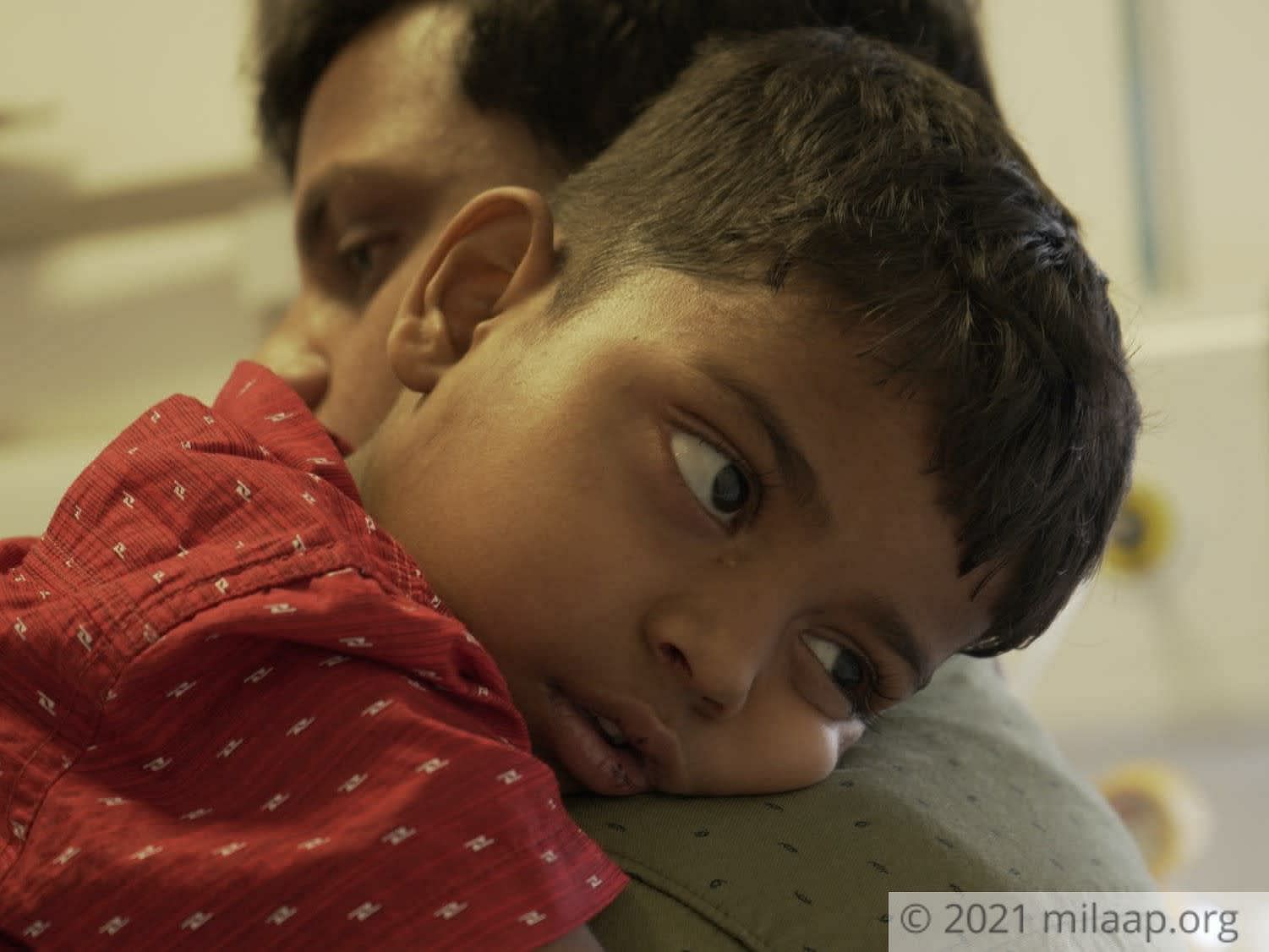 “He was playing, when his nose started bleeding. Before we realized it, he started vomiting blood. No matter what we did, we couldn't stop it. When we took him to the hospital, the doctors there said he might not make it! The world stood still for us in that moment. Everything they said afterwards went over our head. We cried all day, unsure if we’d ever see our little boy again. His cancer was back, and stronger than ever!” – Sonalika, mother

While little Rishabh survived that night, his life is still hanging by a thread. Doctors are confident that he can recover with proper treatment. But he needs a prolonged course followed by a bone marrow transplant as well, and the cost for all of it is way more than his parents can ever afford.

Little Rishabh had just discovered he could walk and run around the house all by himself. He was beyond joy with his new-found superpower. But just months later, he fell very sick.

“His temperature kept rising, and no medicines could help. We thought the fever would eventually go away. But it never did. Tests revealed there wasn’t enough blood in his body. That’s when the village doctor asked us to hurry to the city to get him tested for cancer. Our worst nightmares came true when our baby was diagnosed with blood cancer. How could our two-year old have such a big disease? We didn’t want to believe it, but...” – Sonalika

They had gotten him treated the first time with great difficulty

With an ailing child in their arms, the couple had rushed to a hospital in Nagpur, the major city closest to their little village. Little did they realize at the time that their stay in that unfamiliar city, far away from anything even remotely resembling home, would last more than a a year.

“He needed 3 years’ treatment, they said. There was no question of going back to our village. Having left our job, our family, our village, we stayed in a room near the hospital. Every meal was a struggle, and yet we went on. But a year later, it became too much for us. We had not a rupee left. The doctors said he had recovered a lot and seemed healthy enough, so we got him discharged and took him back home…” – Diwakar, father

Rishabh is running out of time, but Diwakar hasn’t worked in over a year

After that sudden bleeding incident, Rishab lies once again on the hospital bed fighting deadly blood cancer that threatens to take his life. How much more pain will this 4-year-old have to see? He’s running out of time, but his parents are helpless.

“I have a little general store in my village that has been closed for nearly two years now. First, it was the unexpected move to an unknown city. For a year there, I was without a job. Just when we took him back home, the pandemic struck, and I couldn’t work. Now, yet again we’re back in a hospital, watching our son go through all that pain and suffering all over again… I don’t know what to do. I can’t afford 60 lakhs, I’m still paying off my debts from before! We need your help to save him this time!” – Diwakar

You can help this little 4-year old defeat his cancer and go to school. Click here to contribute.
RK
Patient Rishabh Kashyap is 4 years old, living in Nagpur, Maharashtra
AI
Being treated in American Institute of oncology, Nagpur, Maharashtra