'He Has Lumps Under His Ears And His Lips Are Black, Without Help We May Lose Him To Cancer' | Milaap
Receive tax benefits by donating to this cause.

'He Has Lumps Under His Ears And His Lips Are Black, Without Help We May Lose Him To Cancer' 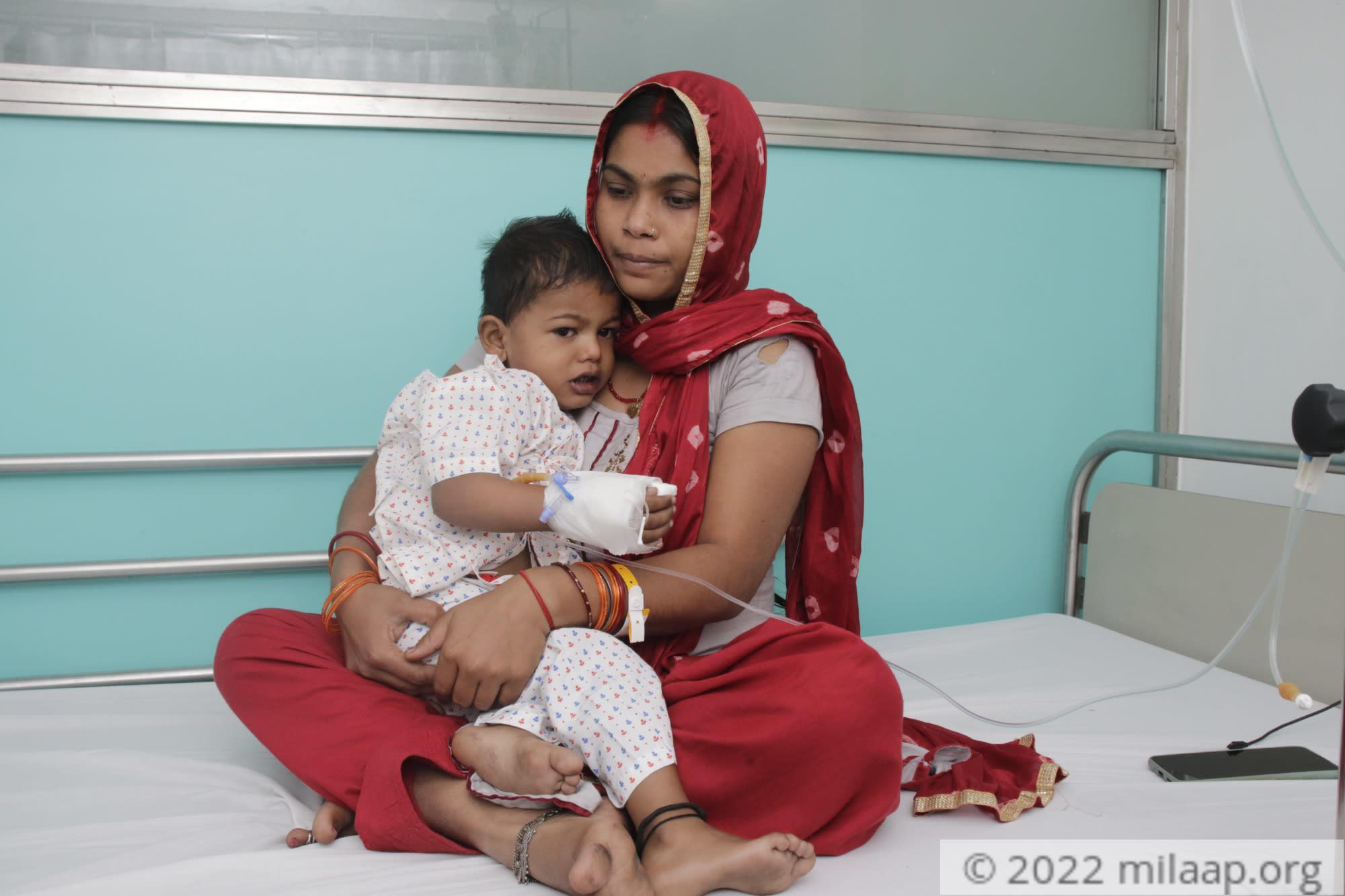 “The tests alone are so expensive, we haven’t even started his treatment yet. Every day, we feel a great fear about what will happen to our little boy. He has lumps under his ears and his lips have turned black. He points to different parts in his body and says it hurts. He is only 3, too small to go through so much.” – Ranjit Gupta, father

Last February, Rishabh fell very sick. Despite taking medicines and antibiotics, he did not get better. His parents, Ranjit and Beauty, took him to the hospital to get him admitted because his cough was getting worse. They thought they were taking him to the hospital to get pneumonia treatment. But they found out that their child had acute lymphoblastic leukemia, a rapidly progressing blood cancer.

“It started with a stomach pain, cough and fever. Blood tests kept showing that his hemoglobin was low. Then we got his blood and bone-marrow tested and nothing prepared us for this diagnosis. No one in our family knows anything about cancer. We simply don’t understand what to do. Doctors are helping us through this difficult time.” – Ranjit

Rishabh’s parents want to save him at any cost, but are struggling

Rishabh had just started preschool, when he fell sick. Other kids often refused to play with him because he used to be sick. He has not gone there the last two months, but often brings his books and notebooks and asks his parents to teach him. They have tried their best to keep him engaged and play with him. But they are struggling to deal with this situation and all the demands it makes of them.

“Even though it is not easy to take the time off from work, Rishabh’s father has to come and take him to the hospital. It is very difficult in many ways, but we don’t have a choice. Our older son is only six, and we tell him to take care of himself since we have to see to his younger brother.” – Beauty, Rishabh’s mother

Rishabh’s father is the sole breadwinner of the family and he has a job in a company in Faridabad. He needs to regularly take time away from work for his son’s treatment and is struggling to meet the costs of his treatment. The tests alone have depleted all their savings and they are not sure how they will fund Rishab’s chemotherapy. They are desperate for any help that they can get.