4-Year-Old With Rare Blood Disorder Has High Chances Of Getting Cured, But Funds Stand In the Way | Milaap
Receive tax benefits by donating to this cause.

4-Year-Old With Rare Blood Disorder Has High Chances Of Getting Cured, But Funds Stand In the Way 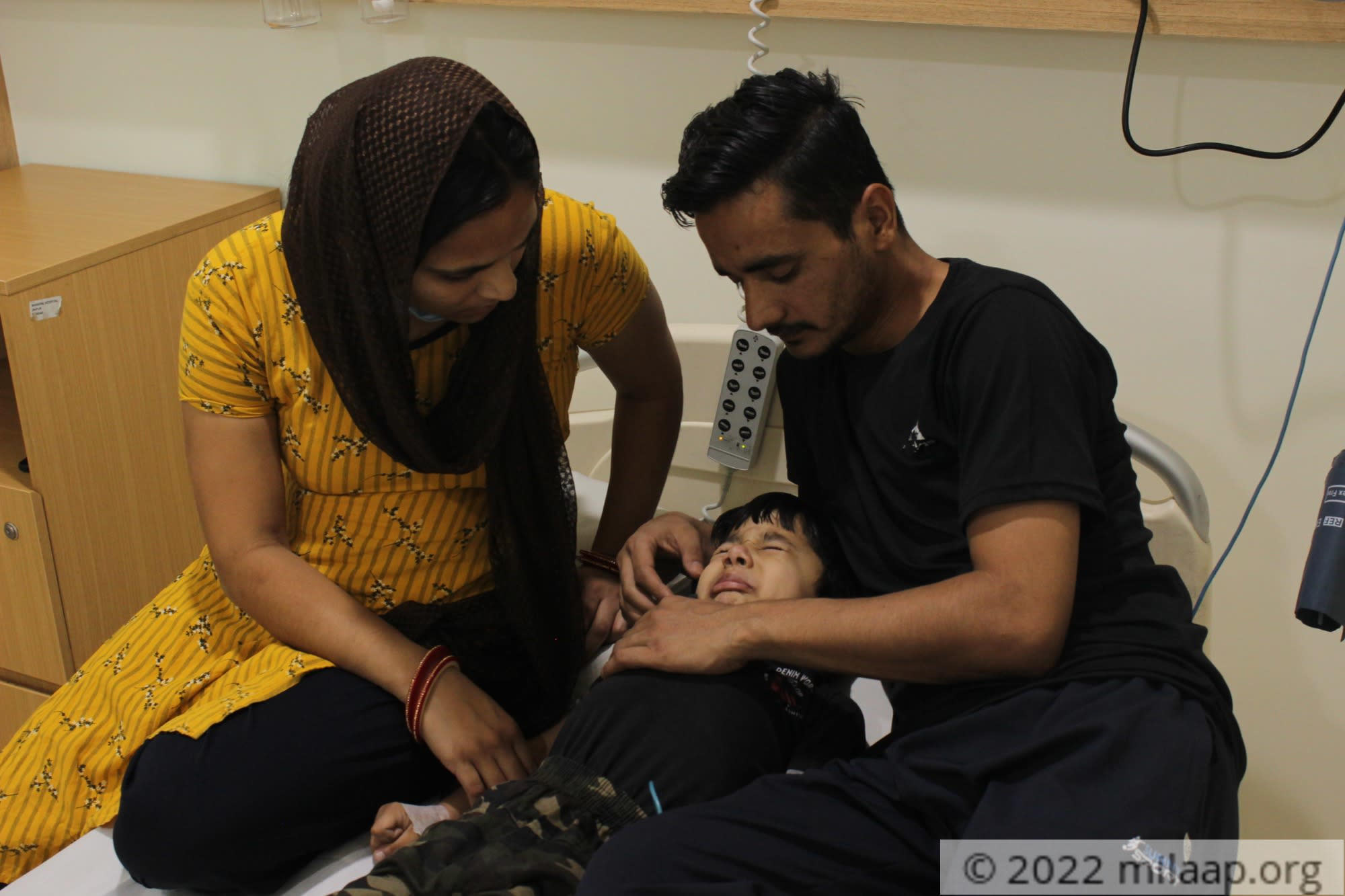 “He gets red marks on his body and stops eating or playing. The only way to keep him alive is to take him to the hospital for blood. It can happen once a week or once in three days. He keeps crying and saying he wants to go home, but we are here in Jaipur hoping that by some miracle, he can get a bone marrow transplant and become better.” – Rahul, Rishabh’s father

On April 30, 4-year-old Rishabh started bleeding from his nose and mouth. His worried parents took him to the hospital in Hisar, the city nearest to their village. Rishabh was diagnosed with Aplastic Anemia – a condition with a high fatality rate if left untreated. Rishabh’s body is not making any blood and he needs frequent painful blood transfusions to stay alive till he can get BMT.

“We have not been home in two months. We have taken a small room in front of the hospital so we can take him there when he needs blood. We want to go back after Rishabh gets his treatment, but we don’t know when that will be possible because it is a very expensive treatment that beyond our means.” – Chanchal, Rishabh’s mother

“We sold off our house and what little gold my wife had to come to Jaipur so my son can get the treatment he needs. But whatever we have and whatever we borrow, it is not enough. We have spent around 4 lakhs and have no source of income because we both and our two small children are all here. Everyone in our family is like us so they have helped, but no one can cover the cost of the whole treatment.” – Rahul

Rahul has a tea stall in his village Kharar in Hisar, Haryana. He earns about Rs 8,000 in a month. He has liquidated everything he had to somehow save his son’s life. Their second son Bhavik, who is only two years old, is a perfect match to donate stem cells for Rishabh’s bone marrow transplant. The parents are hoping that somehow they are able to complete Rishabh’s treatment.

Rishabh has a good chance of recovering, but only if he gets a BMT in time

Rishabh is very lucky to have a 100% donor match in his younger brother. His chances of completely beating his illness are also good. The only thing standing in their way is the financial capability of his parents. As a tea stall vendor, Rahul cannot hope to arrange for another 20 lakhs needed for treatment and needs help saving Rishabh.

Click here to contribute and save Rishabh from this terrible condition.
RS
Patient Rishabh Saini is 4 years old, living in Jaipur, Rajasthan
MH
Being treated in Manipal Hospital, Jaipur, Rajasthan