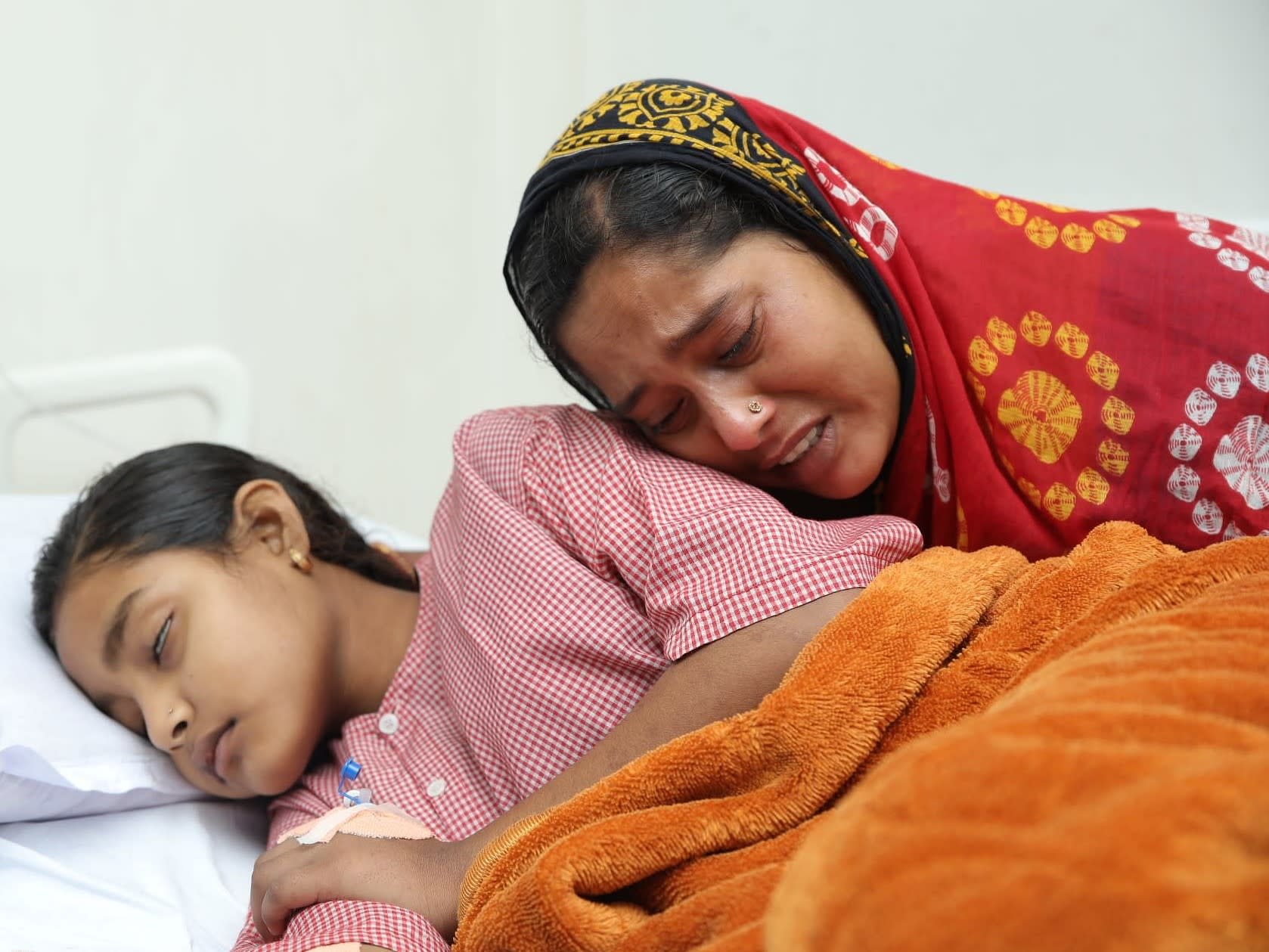 “Rimi was brushing her hair the other day, weak though she was, and suddenly we heard a loud scream. My husband and I rushed to her and the poor girl was bawling, holding a clump of her own hair in her hand; it had started falling out! I’ll never forget the look on her face, how heartbroken she sounded, as she asked for maybe the 100th time what was happening to her.
But I had no answer to give. What could I have said? How is a parent supposed to tell their 13-year-old that she has cancer? That she may only have a few weeks left to live because amma and abba can’t afford her treatment?!” — Mina, mother

Life has been hard for Gulam and Mina for more than a year now. As a daily wager with no work during the lockdown, Gulam had already been struggling to take care of his wife and little Rimi. Earlier this year, just as things were starting to look up — Gulam had finally found some work — Rimi started falling sick.

“It was just a fever. But every time we gave her medicines, it’d go away for an hour, and then come back after a few hours! This went on for weeks and we took her from one clinic to another, trying to figure out what was wrong. In the meantime, she started having other symptoms, like headaches so painful she’d be whimpering in her sleep, and terrible stomach infections. Initial blood reports revealed nothing out of the ordinary!”

“It was only once we took her to a big city hospital that a doctor there suggested we do something called a bone marrow test. It was so painful for Rimi! They inserted this really huge needle directly into her bone and pulled some fluid out, then sent it for testing. When the reports came back, the doctor asked us to sit down, and told us that Rimi, our sweet 13-year-old daughter, has blood cancer. And that while recovery is possible with treatment, it needed to start right away...”

“Though the doctor insisted treatment needed to start right away, we had no money. So we had to start getting her blood transfusions instead, replacing her unhealthy blood with fresh blood. It was just delaying the inevitable but we had no other options available to us. I still remember when Gulam got back from the blood bank that first time... he was close to collapsing, his eyes red with tears. Neither of us could believe our life had come to a point where we needed to go fetch blood! For our little girl, who was dying of cancer!”

Over the next few weeks, Gulam and Mina finally managed to put together enough money to start Rimi’s chemotherapy. But just 5 cycles in, they ran out of funds again.

If Rimi doesn’t continue her chemotherapy soon, she might not survive

“Rimi’s becoming so weak she can't even eat anymore, instead having to get all her vitamins and nutrients through tubes connected to her body. My husband’s just a daily wager, and he’s been unemployed for the better part of a year now. He’s back home, trying his best to source more money, but there’s no way we can come up with enough in time to continue her chemotherapy. Please, you’re our last hope. Save our daughter’s life because we can’t!”