Too Poor To Save Their 3-Year-Old Son From The Grips Of Cancer, These Parents Seek Your Help | Milaap
Receive tax benefits by donating to this cause.

Too Poor To Save Their 3-Year-Old Son From The Grips Of Cancer, These Parents Seek Your Help 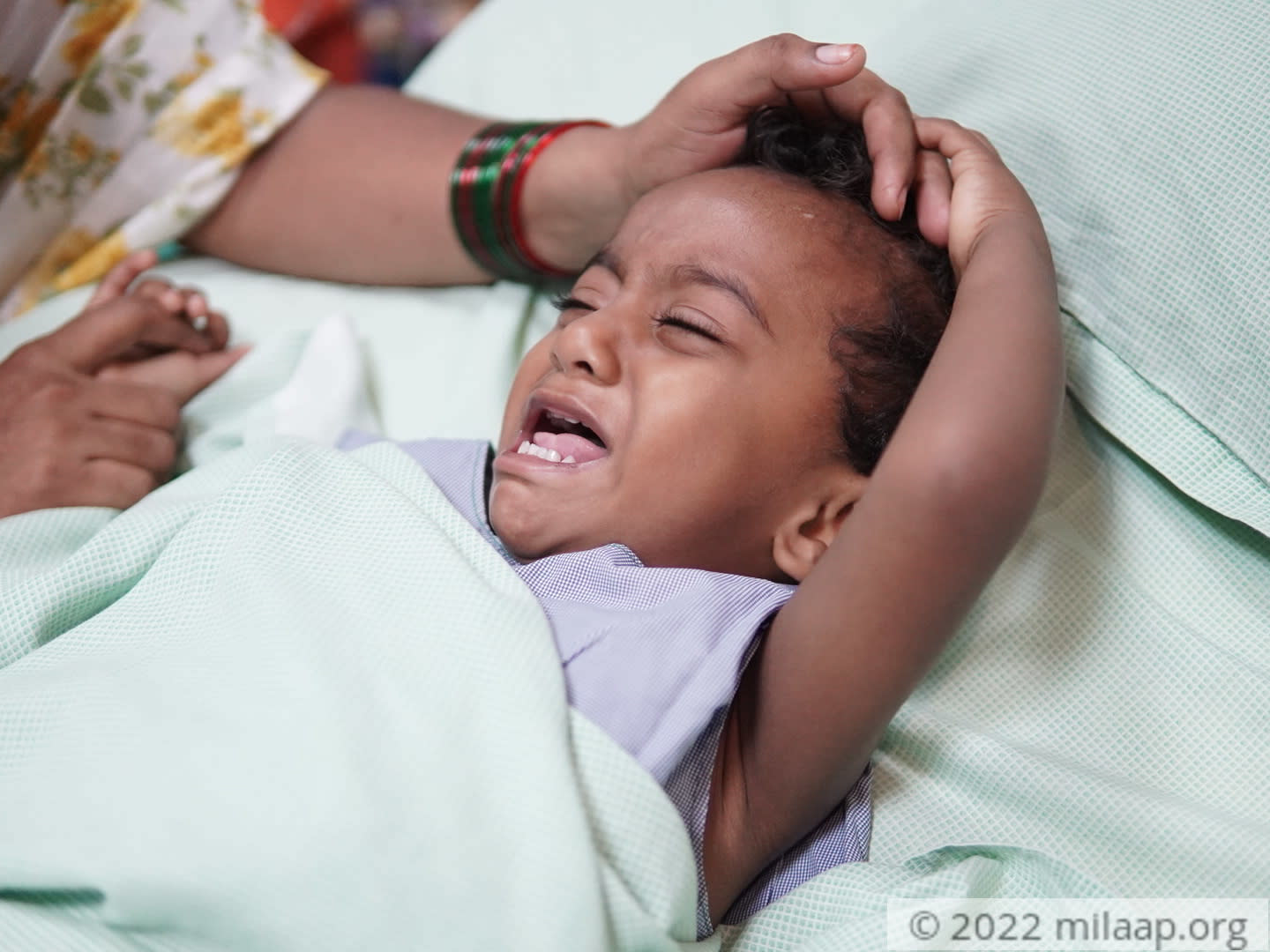 “It's like we’ve been hit with one misfortune after another. Poverty has forced us to toil day in and day out to provide for our family. Yet, we have never been fortunate enough to live an easy life. Crushed by the burden of debt, we’d run out of all means to keep us afloat, until my husband managed to find a job opportunity abroad. We thought all our dark days were past us. But then, our son… the worst disease we could possibly imagine is claiming our son’s life…” - Rajeshwari, mother of Reddy Revanth.

Frequently recurring fevers had left him weak and sickly

3-year-old Reddy Revanth had been unwell for quite some time, but little did his parents know the cause behind his recurring fevers. For the past 3 months, the toddler had been grappling with fluctuating high temperatures to the point that his parents had to seek medical help. Yet, there was no relief, and he remained weak and sickly.

“We must’ve shuffled through at least 4 different hospitals, and at one, he was even admitted in the ICU for 2 whole days! Yet, the doctors were unable to determine what was causing this. Seeing that he was so poorly, we were asked to take him to Chennai, to a bigger hospital. It wasn’t until we were there that we learned what was troubling my son. But I never thought it would be something so dangerous. How could such a small child have cancer?” - Rajeshwari, unable to hold back tears

He is still in the ICU due to his soaring temperature

Reddy Revanth was diagnosed with acute lymphoblastic leukaemia, cancer of the blood and bone marrow that affects white blood cells. Since he was shifted to Chennai, Revanth has been in intensive care, as the doctors have been attempting to normalise his fever with medication and umpteen number of injections.

“The doctors have assured me that with timely chemotherapy, he has high chances of recovery. But to start with his cancer treatment, he first has to overcome his fever and get out of the ICU. The days have felt excruciatingly long, as I have waited for any word on my child’s health and progress. But each time I am greeted with the doctors shaking their head in dismay. His fever isn’t breaking and my worries are only intensifying.” - Rajeshwari.

Hailing from Kadapa, Andhra Pradesh, Rajeshwari and her husband, Radhakrishna made a living as farm labourers. They would rent land for farming, but their yield was never bountiful for them to make any profit. In fact they incurred more losses, that forced them to borrow loans and eventually sent them spiralling into debt.

“My husband learned to drive, with the hope that we would have another means of income to repay our debts. We thought it was a stroke of luck, and that things were starting to look up for us when he got a job in Kuwait. It has been only 20 days since he left, and now he has no choice but to return to us after finding out about our son’s condition. Everything is falling apart around us, and we’re in such a pathetic state right now with nothing to get us by or start my son’s treatment…” - Rajeshwari

It is a rather traumatic experience for a child so small, who has spent several months in hospital rooms in pain and suffering. Yet, this is just the beginning of his hardships. He has a long battle ahead of him, one which is life-threatening and will strip him of all his strength and happiness. And his parents are reaching out with the hope that you can help their family during this difficult time.

Reddy Revanth needs your help to start his treatment and beat cancer, once and for all. Click here to donate.
RR
Patient Revanth Reddy is 3 years old, living in Kadapa, Andhra Pradesh
GH
Being treated in Global Hospital, chennai