It Was Just A Small Cot He Fell From, But Now This 8-Month-Old's Life Is Hanging By A Thread | Milaap

It Was Just A Small Cot He Fell From, But Now This 8-Month-Old's Life Is Hanging By A Thread 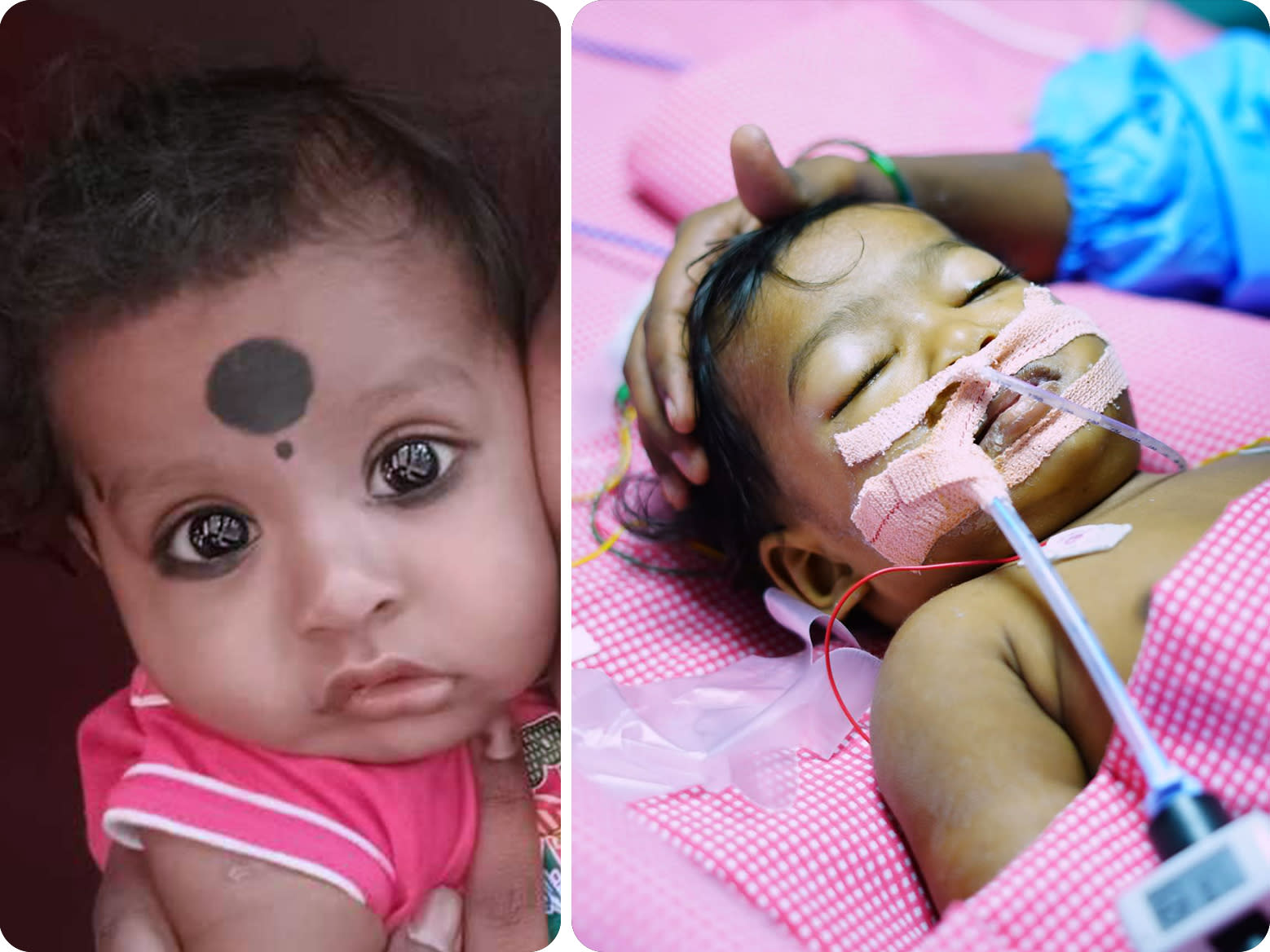 “It had scared me a lot at first when he fell from the cot. I’d screamed and rushed to him, but he was simply lying there on the floor and looking up at me, giggling as if he had just found his new favorite thing to do. I remember laughing and wiping my tears, checking his body everywhere to see if he was injured. But there was nothing, and he acted completely normal all evening.
But the next morning... The next morning when I woke up, Revanth’s entire body was stiff like a board except for his arms, which were shaking and shuddering violently! I didn’t know what was happening at the time, but he was having a seizure!” — Rajeshwari, mother

As any parent knows, no matter how careful one is with toddlers they’re so curious and active and small falls and bumps are an inescapable reality. There's almost never any real consequence; the baby may start crying, but it’s usually nothing a mother’s embrace and a few kisses won’t fix. That’s exactly what Rajeshwari thought when Revanth fell from a cot 2 weeks ago. It was only when he had a seizure the next morning that it became clear something was terribly wrong.

“We took him to the nearest hospital from our village, and scans showed that there was a clot in his brain!”

They’ve found a hospital that can treat him, but they can’t afford it

"From that hospital we were sent to another, and then from there to yet another! Everywhere we went, they were saying he’d need advanced surgery — something that was both beyond their abilities and beyond our budget. We could tell his condition was getting worse with each passing day, despite the medicines those doctors were giving him, so we brought him to this big city hospital. We still can’t afford it, but at least here they’re able to give him the treatment he needs! He was so weak by the time we got here that he was immediately put on life-support. He needs a few more weeks of this, most likely followed by a surgery, and he can go back to being the smiling baby he was just 2 weeks ago.”

You’re this baby’s one and only hope now

Rajeshwari is a homemaker, and Vijay a simple farmer-for-hire, working on his neighbours’ fields for a paltry sum each day. With the world in its present state, they were already struggling to make ends meet. The birth of Revanth had been a welcome distraction from all their worries and troubles. But now he's dying in front of their eyes, and there's nothing this young couple can do about it.

“We don’t want much from the world. We don’t care that we don’t have a car, that we live in a tiny house, that sometimes we have to go to bed hungry. All we want, all we care about, is our Revanth. We just want him to come home, happy and healthy. Please, help us save our baby’s life..."