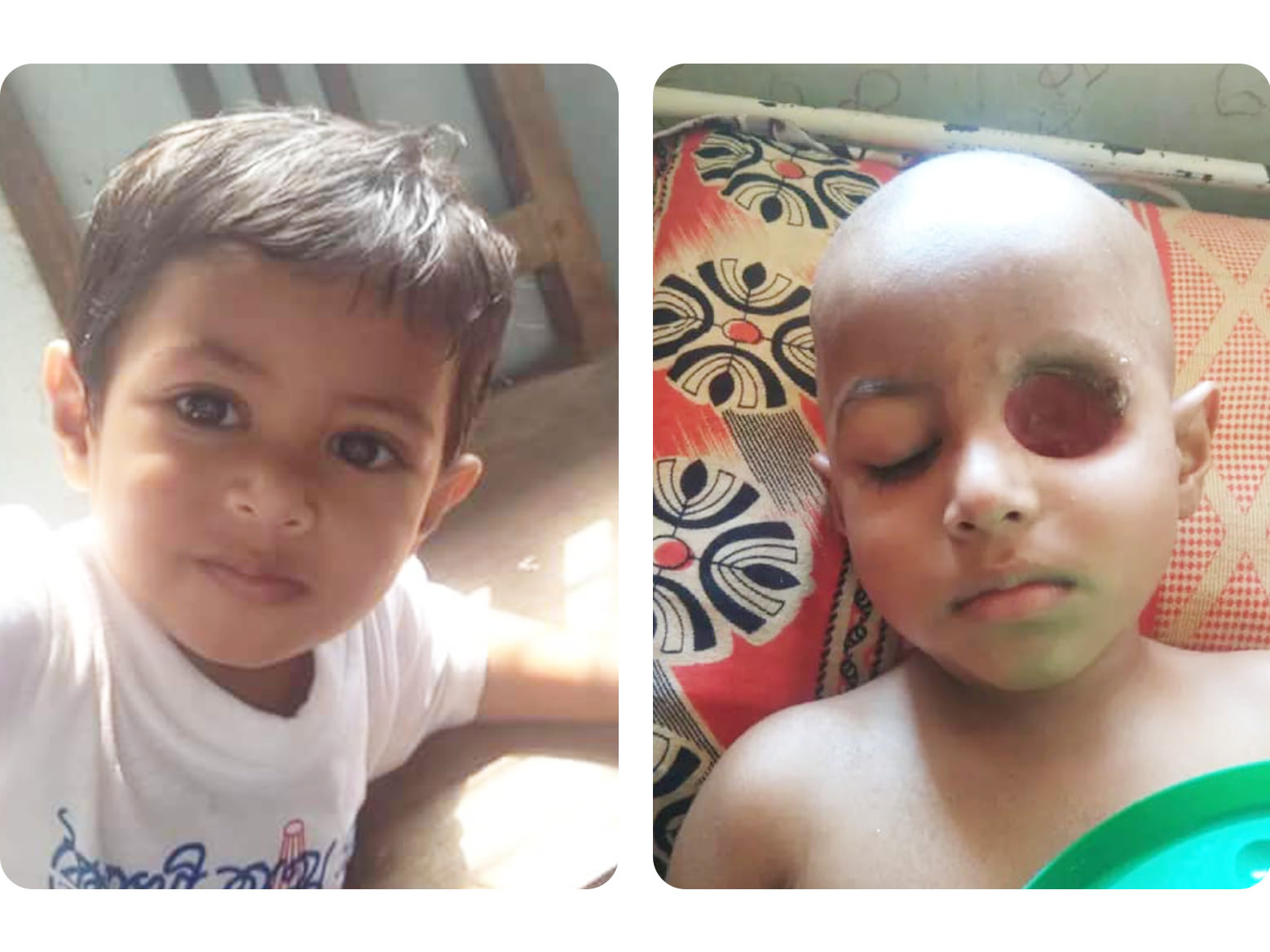 It's been a year since cancer nearly took little Redom's life, destroying his eye so much that he had to have it removed. But while the toddler did survive that surgery, his suffering never stopped. Every single day that he wakes up with a hole where his eye used to be, is one filled with pain both physical and emotional. Only one last corrective surgery can help the poor boy's life get back to normal. But the road ahead is not easy for this family.

The poor boy beat the cancer, but his fight never stopped

Upon diagnosis of their son’s condition, Sumon and Geeta had wasted no time in getting his treatment started. He was put on a full course of chemotherapy, and radiation, immediately.

Thankfully, the surgery was successful, but the condition that it left little Redom in is horrible. The hole where his eye used to be is not only highly susceptible to infections, but also turned out to be the root for all kinds of emotional anguish he has been suffering since then. The poor boy is afraid to step out of the house now because people would either point and make fun of him, or worse: be afraid of him.