5-Year-Old Is Unaware Of How Deadly Cancer Has Endangered His Life, A Transplant Can Save Him | Milaap
Receive tax benefits by donating to this cause.

5-Year-Old Is Unaware Of How Deadly Cancer Has Endangered His Life, A Transplant Can Save Him 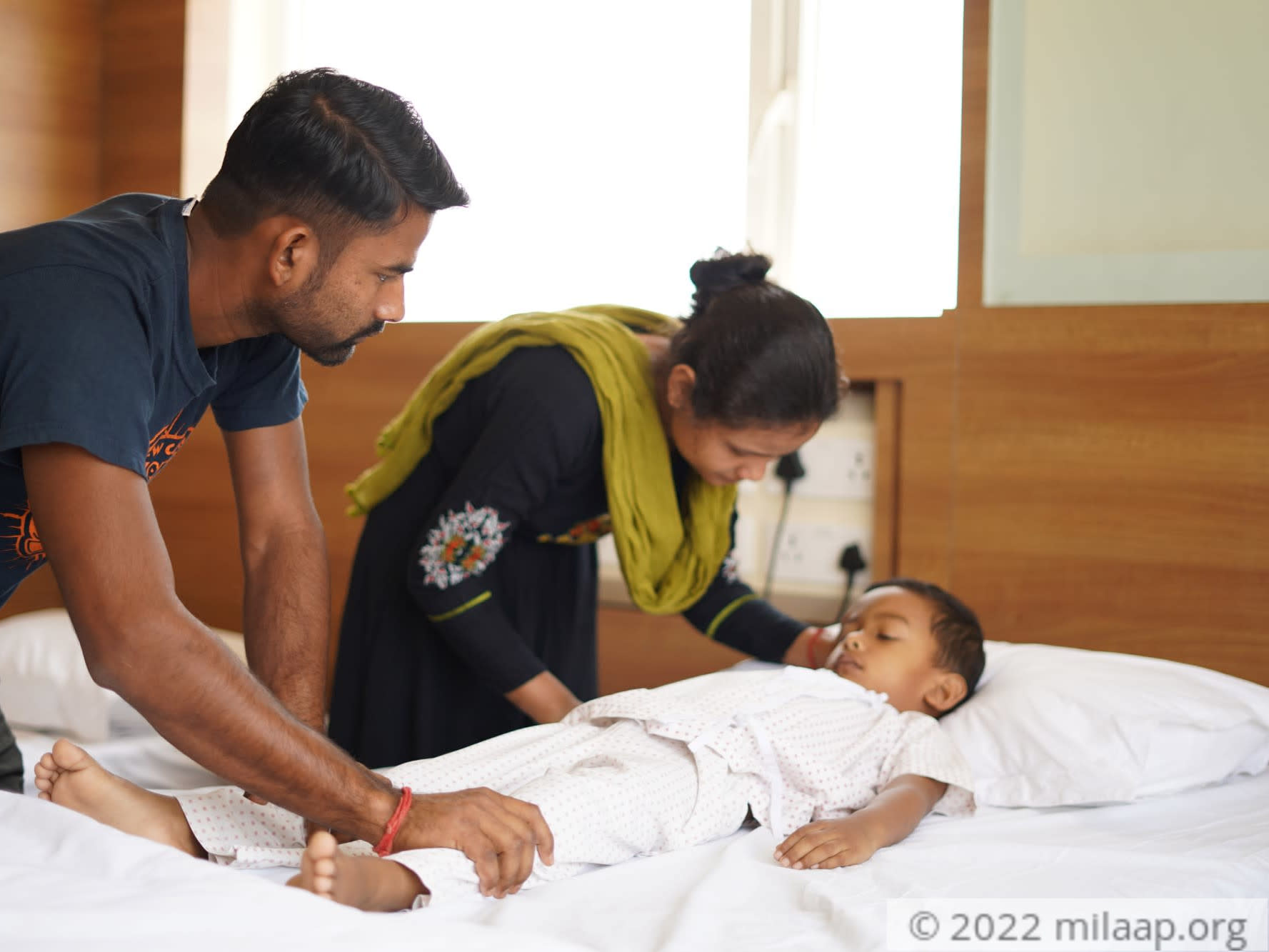 Seeing the black spots appear on his body, little Razwan knows that it's time for his blood transfusion yet again. Fighting a rare blood disorder at the age of just 5, the frequent trips to the hospital have now become a part of his daily routine.

"The other kids in the hospital ward wail and scream when they are pricked with needles, but my Razwan innocently just watches them. Even when he doesn't express it, his face gives off how terrified he feels, witnessing such scenes. Tears would roll down his cheeks, but he wouldn't utter a word despite going through such pain. I wish this blood disorder had not robbed my son of his innocence and childhood." - Munna, father

Mistaken for an allergy, the bruises on his body actually turned out to be cancer

In January. Razwan's symptoms began with his nose and gums bleeding. It was soon followed by some black spots all over his body and terrible ulcers on his tongue, making him extremely feeble. His parents though it was an allergy and waited for it to settle down, which didn't happen. Instead, the following day, there were unusual blood clots on his body as if he was severely bruised.

Razwan has aplastic anemia, a type of blood disorder that damages the bone marrow, reducing its ability to produce new blood cells. It has made him more susceptible to infections and uncontrolled bleeding, bringing his haemoglobin down to dangerously lower levels. On seeing Razwan's condition, the doctors knew that the only curative option for him would be a bone marrow transplant.

"Sometimes when a relative calls Razwan to know about his well being and he explains to them about his cancer, I forget he is just 5. He innocently tells them how the hospital isn't good as he keeps going there every day but still he hasn't recovered yet. Little does my poor boy know how deadly this cancer is and now it has reached such a stage inside his body, that even chemotherapy alone isn't enough to save him, so he needs this surgery urgently." - Rozy, mother

Munna is unable to meet such huge expenses because along with the treatment, he needs to pay rent for their temporary accommodation. The other day, he had to sell his wife's last pair of earrings to arrange for Razwan's blood transfusion. Going empty stomach for days, the only thing this couple wants now is to see their son beat cancer by Eid, and eat a full meal happily, just like old times.

"When Rozy served him food, Razwan was quick to notice and asked us why we weren't eating along with him. I didn't have the heart to tell him the truth. I lied to him that Ramzan had started days before the actual date and that his mother and I were fasting for his good health. Hearing this, he asked me if he fasts too will Allah make his cancer go away quicker… hearing those words, I bawled my eyes out." - Munna, father

Being a farmer, Munna is aware that INR 25 lakhs is impossible for him to arrange alone and despite fearing a tragic fate for their only son, he refuses to give up. Only your contributions can help Razwan survive to celebrate Eid with his parents this year.

For Razwan's stage of cancer, a transplant is dire to save his life. Please click here to contribute towards this 5-year old's battle against blood cancer.
R
Patient Razwan is 6 years old, living in Bankra, West Bengal
NH
Being treated in Narayana Hrudayalaya, Bommasandra, Bengaluru, Karnataka