Shares
Shares
Share on whatsapp
Rahul is a juice vendor. You will find his hand cart little before of Damu Nagar proper, on the market road that goes to the Kandivali station. Like any other Mumbaikar, he knows the local train timetable by heart and hopes the 12.05 Churchgate - Borivali slow local will sell his mosambi juice like hot cakes. He pulls the motor of his juicer and get it ready for the crowds at the sound of every train.
He leads a simple life. Makes a living by selling juice. Lives in a 90 sqft room in the slums of Damu Nagar with his wife. He came to Mumbai three years ago from Aurangabad in a goods lorry looking for a job. When no one hired him, he started selling fruits. With the little savings and loaning the rest, he bought himself a juicer with a motor. “Ek saal se dhanda acha chal raha tha.”, he said. The couple planned their first child. His wife was due in the first week of December. But that very period in December, 2015 steered his life into unexpected struggles.

One day he became a father, the next day homeless

"My wife went into labour on Sunday afternoon. I rushed her to the government hospital. With God's grace, there were no complications and my daughter was born. I could not wait to take her home. Doctors told me I could expect to take them home the next day. I am going home as a ‘father’ the next day. But the next day, before I could pick them up, the fire broke out in Damu Nagar. No one knew what exactly had happened but I clearly remember standing there with a huge crowd holding my daughter in my arms, watching our houses burn. A few cried, few others hoped that their houses would be spared, but those massive flames gave me a feeling of having lost everything.” One day he became a father, the next day homeless.” 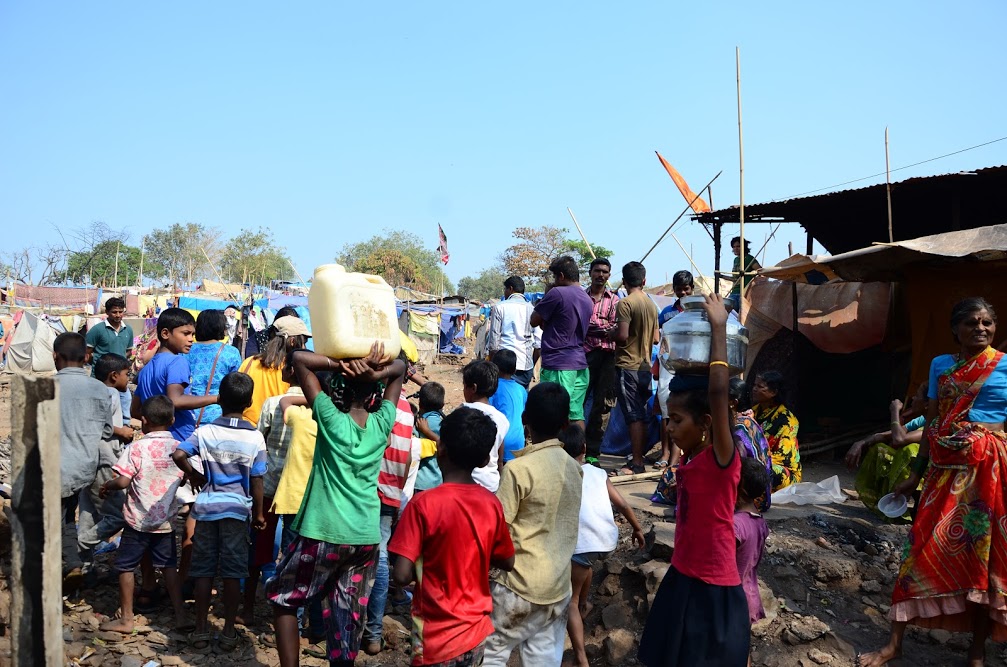 “After the fire was put off, I rushed to check if my juicer was okay, but found the motor charred. We created a makeshift tent to spend that night and it has been our home since then. I sold the motor to a scrap dealer for Rs 100. It's been 3 months today. I still don't know how to restart my business. I sell fruits now on commission basis near Kandivali railway station for a fruit dealer. He pays me Rs 10 for every box sold. I made at least Rs500 a day with my juicing business. All I need is a juicer to start over and put this behind. I want to give my daughter the care she deserves and move on. 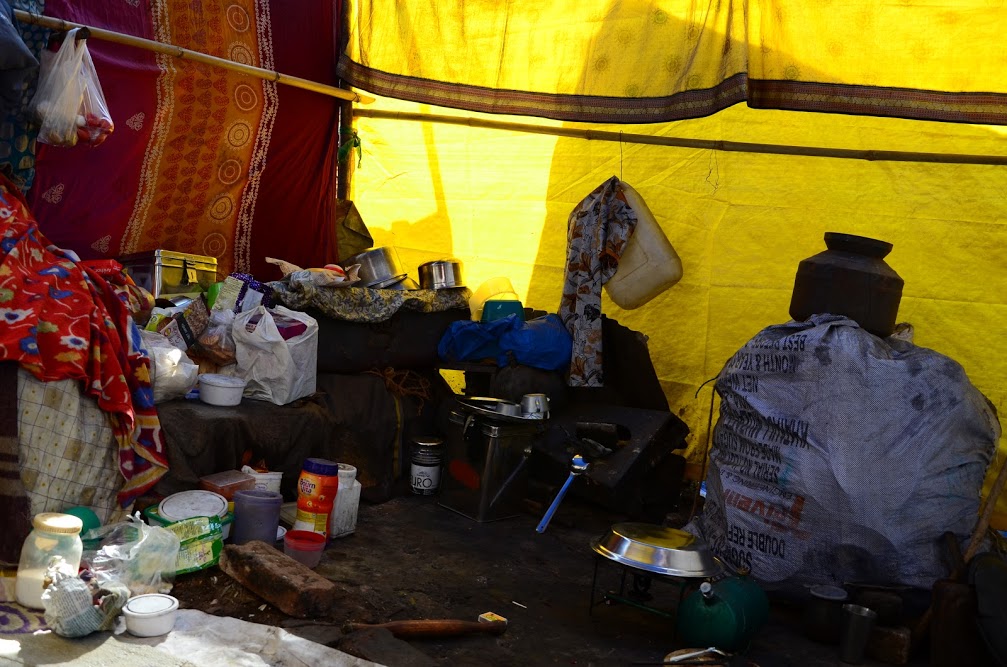 Rahul Bapurao Khara lost everything to the fire that broke out in Damu Nagar on Dec 7, 2015. 35 cylinders exploded and charred the whole slum housing that sheltered 4,000 people. It has been 3 months and Rahul still lives in a makeshift tent. His current income is less than Rs100 a day. Arranging for medicines and basic needs since December 2015 for his wife and daughter has already been a struggle. A juicer, a cart and stock of fruits is all he needs to start over. To put this incident behind him and give his daughter the life he planned for her. Your support will give Rahul his livelihood back.
Click here to learn how you can help Rahul.
Donate

Rahul needs a juicer to start over

This 27 year old father lost his everything to the cylinder explosions in Kandivali. Your...