He Hasn’t Opened His Eyes In A Week, A Terrible Infection In His Brain Is Killing Him | Milaap

He Hasn’t Opened His Eyes In A Week, A Terrible Infection In His Brain Is Killing Him 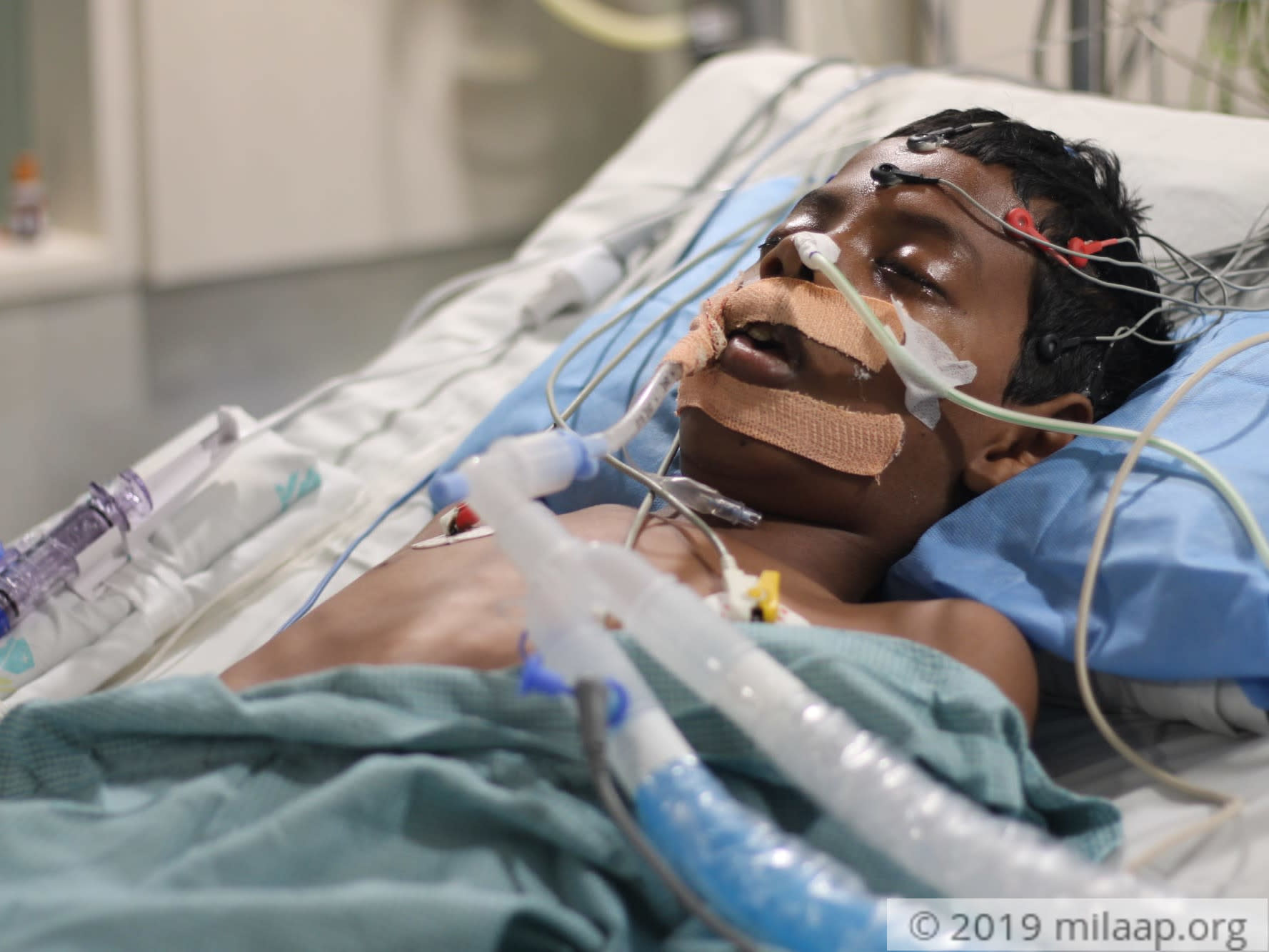 “He just came back home all happy from his grandmother’s place a day before. He was smiling and telling us what all he has done. Now look at him lying there...lying there in the ICU with all these wires on his body.” - Kiran, father

Last week on Tuesday, Puneeswar was diagnosed with a very rare condition called acute encephalitis, a brain infection. It is caused by rapidly developing inflammation of the layers of tissue that cover the brain and spinal cord.

He didn’t even recognize us

“We were calling out to him and he wasn't responding at all. We understood something was wrong. In just two hours we saw our child turning into someone who couldn’t recognize his own parents. He became so weak and started having multiple seizures...and just when the ambulance, came he fainted. My boy hasn’t opened his eyes since then. ” Kavitha, mother.

Puneeswar is on a lot of medicines due to which he is unconscious. It’s been a week since they last spoke to him. To make him respond, they need to reduce the dosage of his medicine but if they do so, then his fits will be back and that can kill him.

He needs the treatment now, he doesn't have much time

“I work at a hospital in records section and my wife works in a temple. But our income only adds up to Rs 12-13000 per month. How will that ever be enough to save my son? I have already spent around Rs 4 lakhs… it’s all I had and some of it I borrowed but it is not enough. But his condition is such that if he is not under continuous treatment until cured, he might...” - Kiran

Puneeswar needs a few more days of ventilator support and ICU stay for his seizures. But the total cost of treatment is reaching upto 8 lakhs, which the family cannot bear.

“It’s only a very brief moment when I get to see him and I can’t stop my tears looking at him. I just want him to get better soon and talk non-stop like he always does. Just open your eyes, kanna...once.” - Kiran

The one time he spoke before becoming unconscious can be the last words of this 11 year old if not treated. These parents will lose their child without your help. Your kind contribution can save this little boy’s life.