Weighing Less Than A Kilogram, Deadly Infection Could Cause This Baby's Organs To Collapse At Any Moment | Milaap
Receive tax benefits by donating to this cause.

Weighing Less Than A Kilogram, Deadly Infection Could Cause This Baby's Organs To Collapse At Any Moment 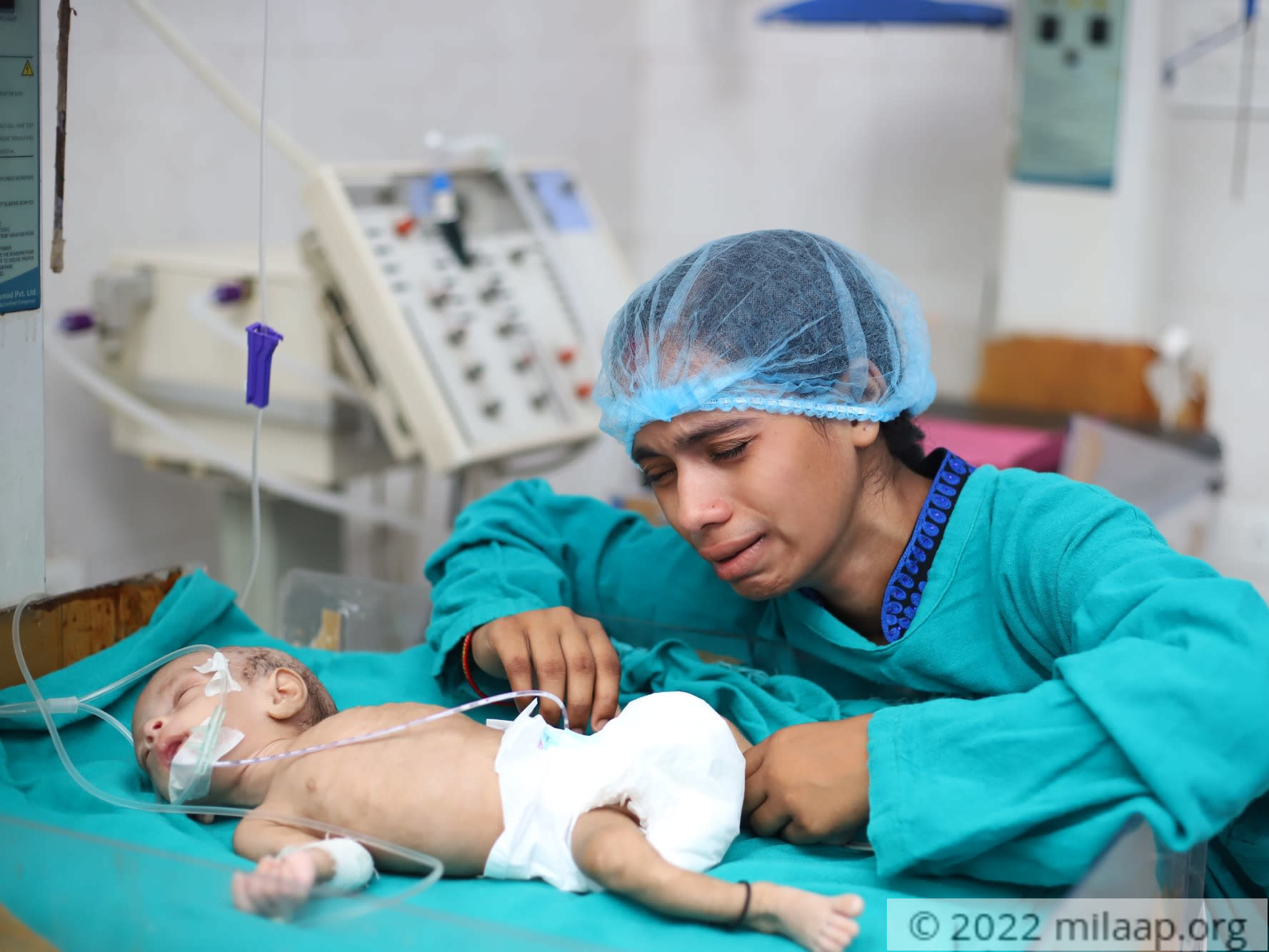 "We had no idea that diarrhea could escalate so quickly, leaving my baby gasping for breath. Every other day his reports terrify us, with some major damage to his organs. When the doctor told us that he has a severe infection in his blood, we thought antibiotics would work and make him alright. To think that it would only be a matter of time for this infected blood to reach his brain and threaten to shut all his organs down..." - Draupadi, mother

If this infection keeps spreading, this newborn will not be able to make it

Baby Pawan, who is 2 months old, suffers from acute sepsis that is now attacking his brain and causing seizures. The news of his congestive heart failure and respiratory distress left these parents completely shattered. He was rushed to the hospital when his bodily fluids had completely run dry. His vomiting and motions were only making him lose more water and electrolytes.

Without NICU care, this baby's organs will collapse one after the other

"My baby was in such a critical state that the doctors didn't think he would make it to the next hour. His diarrhoea kept worsening, so much so, that he hardly had any flesh left on his body and weighed just a kilogram. My baby's diaper stays dry for long hours because his body is excessively dehydrated and that has injured his kidney. Now, I am on the verge of losing him any moment if I can't find a way to continue keeping him in the NICU." - Suraj, father

She has ignored her own pain, for the sake of her baby

Suraj has lost all sleep not only over his child's health but also his wife's. After her delivery, Draupadi has been running from one hospital to another for Pawan, completely ignoring her own hardships.

"Last day, I saw her hospital gown stained in blood and started panicking. She didn't even flinch when I questioned her about those bleeding C-section stitches, as if none of it mattered to her. Her mind is only immersed in our baby's pain, making her forget her own woes. When I pleaded with her to consult a doctor, she begged me to save that money for Pawan's treatment instead. Those words broke me down." - Suraj, father

Currently, the situation is so dire that Suraj is yet to settle the dues of his milkman, ration shop and landlord for the past 3 months. He doesn't know if he still holds his sales job or at the garment shop where he works. Amidst all this, his baby needs to be in the NICU for the next few weeks, which cost him around INR 8 lakhs.

"We took him back home when his condition improved a bit but within hours his lungs were again filled with water. He is stable only in ICU but my efforts alone are not enough to save my baby now. Please help me because if something happens to my baby then I will fail not only as a father but also as a husband."- Suraj, father